February 1 2018
40
The US Defense Department's Advanced Defense Projects Agency (DARPA) successfully completed the trimaran ACTUV trials and transferred it to the Office of Naval Research (ONR) for further testing.


ACTUV (Anti-Submarine Warfare Continuous Trail Unmanned Vessel) is a surface autonomous drone with high autonomy (may be in patrol mode for several months). 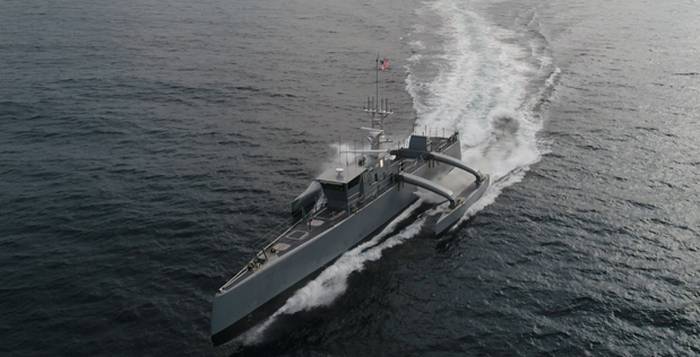 The trimaran successfully passed all the tests and confirmed the declared characteristics. Now the sea robot is to undergo a series of tests of the Office of Naval Research, after which he will be able to begin combat duty. At the same time, the DARPA indicates that the device will be able to start full-scale work already this year.

ACTUV robots will patrol in conjunction with anti-submarine aircraft P-8 Poseidon, drones MQ-4C Triton and special sonar buoys. Sea Hunter is equipped with the latest sensors, radars and sonars that allow you to detect and classify underwater and surface objects in advance. Theoretically, the duration of one trip to the sea can be three months, after which the robot will require refueling and basic maintenance.

The main objective of the ACTUV program is to create an effective means of detecting diesel-electric submarines in coastal waters. The length of the Sea hunter is 40 m, the total displacement is 145 t, of which 40 t is fuel. On running trials, the robot accelerated to 27 nodes (50 km / h), while its speed will be affected by many factors (fuel balance, wind direction and speed, wave height, etc.). Developers claim that ACTUV will be able to withstand the seventh level of sea excitement "Warspot"