Air refueling will be automated

February 1 2018
10
The upgraded air tankers IL-78-2 (IL-78MD-90А) will be equipped with a proximity control system with the aircraft receiving fuel, according to News. 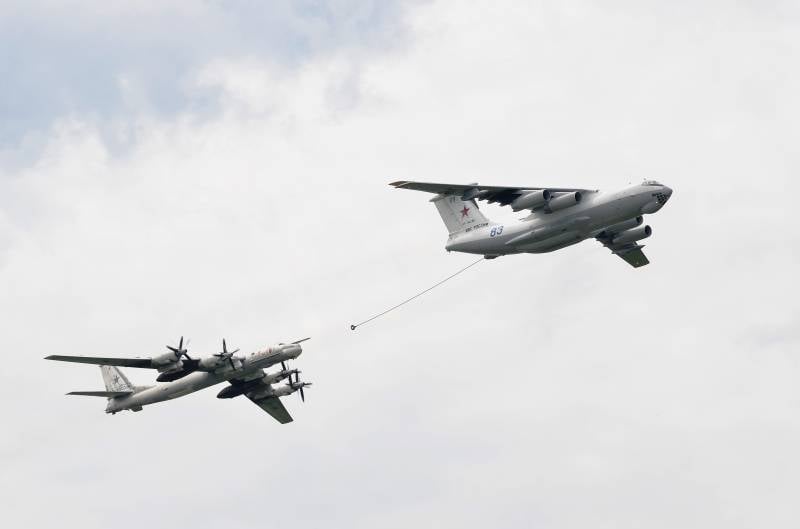 The crew of the tankers will be able to follow the maneuvering of the aircraft and the docking of the receiving devices with the tanker hose on a special screen. Automation will adjust the mutual position of the boards.

According to the newspaper, "the new refueling control system has passed all stages of ground testing and computer simulation, its flight tests will be conducted on the basis of the upgraded air tanker IL-78-2, which made the first flight of January 25."

This allows you to safely dock and transfer fuel.

In the case of the introduction of a new approach and docking system, refueling of airplanes in the air will be simplified. The computer will receive flight data simultaneously from the side of the tanker and the aircraft being refueled, match them and provide the pilots with an easy-to-read picture,
Vladimir Popov, deputy editor-in-chief of Aviapanorama magazine, told the newspaper.

He noted that in this case the system of on-board auto pilots will help withstand the favorable convergence regime and the refueling process.

We can say that one more crew member will appear - virtual. Good automation during refueling is a guarantee of flight safety,
added an expert.

Ctrl Enter
Noticed oshЫbku Highlight text and press. Ctrl + Enter
We are
Innovation Day of the Southern Military District: the main battle tank T-90AAccurate air discharge
10 comments
Information
Dear reader, to leave comments on the publication, you must to register.