February 1 2018
6
30 January 2018, President of the Russian Federation Vladimir Putin visited the National Center for Defense Management, where he took part in a military-practical conference on the compilation of experience and summing up the military operation in Syria. Within the framework of the conference, the President urged the listeners to frankly and honestly study the experience of using Russian weapons in the Syrian Arab Republic, and also to eliminate the shortcomings of the Russian weapons. In addition, Putin thanked the representatives of the Russian defense industry for their work and contribution to strengthening the country's defense.


According to Vladimir Putin, the defeat of well-equipped terrorist groups in Syria demonstrated the strength of the Russian army and fleetAt the same time, the course of the special operation in Syria showed the whole world the traditional effectiveness and reliability of Russian-made weapons. According to the Ministry of Defense of the Russian Federation, a total of 215 modern and promising types of weapons were used by the Russian army in Syria, as well as most of the military equipment already used in the troops, which in general were able to confirm their high declared characteristics. 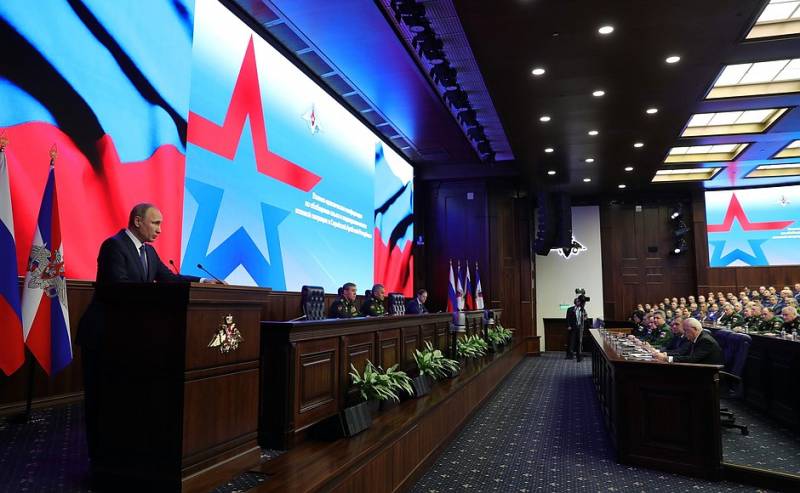 At the military-practical conference on the results of a special operation in Syria, photo: kremlin.ru
The experience of the combat use of modern Russian high-precision long-range air and sea-based weapons was positively assessed. First of all, we are talking about Caliber cruise missiles and air-based X-101 missiles, less well-known to the general public. In addition, it was in Syria that the Russian strategic and deck aircraft were used for the first time in combat conditions. aviation. According to Vladimir Putin, quite well, if not with dignity, they managed to cope with the tasks of operational tactical aviation and unmanned aerial vehicles, and the modern air defense systems S-400 and Pantsir, together with fighter aircraft, were able to ensure the superiority of our airborne forces in airspace of Syria. As part of the military operation in the SAR, the Russian military managed to establish clear control over the air situation in the sky of the region of hostilities, in which, in addition to the Russian one, serious aerospace groups of a number of countries worked.

The first combat use of Caliber cruise missiles took place on October 7 2015 from the Caspian Sea. Four ships of the Caspian military flotilla: RK Dagestan and three IRC Grad Sviyazhsk, Velikiy Ustyug and Uglich launched 11 targets of terrorists in Syria with a total of 26 cruise missiles that hit targets at a distance more than 1500 km. 8 December 2015 of the year was the first underwater launch of the Kalibr-PL cruise missiles, it was carried out from the board of the Rostov-on-Don diesel-electric submarine of the Varshavyanka project 636.3. In total, two rockets were fired at the two major points of the terrorists of the Islamic State (a terrorist organization banned in Russia) on the territory of Raqqa in Syria. The X-101 strategic air-to-surface cruise missile, designed using technologies to reduce radar visibility, was first used against terrorists in Syria on November 17 2015 of the year, on board Tu-160 supersonic bomber rocket carriers, during that operation on terrorist objects 16 rockets were launched. 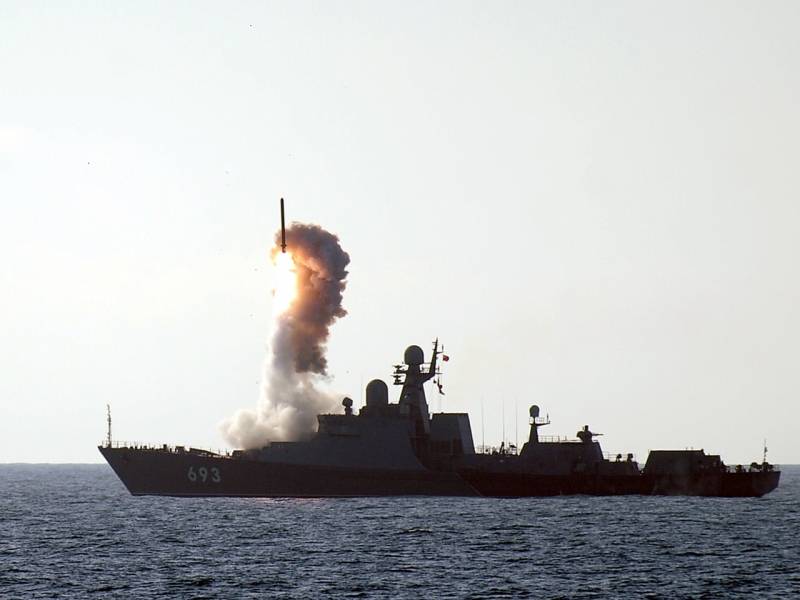 The forces of the Navy of Russia acted smoothly during the operation in Syria. Ships and submarines delivered point and concentrated missile strikes on the infrastructure and positions of terrorist organizations. In addition, Russian carrier-based aircraft Su-33 and MiG-29K took part in the combat conditions for the first time. First in stories The combat use of deck fighters from the TAVKR Admiral Kuznetsov took place as part of the military operation in Syria 15 on November 2016 of the year. Deck fighters, taking off from the board of a Russian aircraft carrier, attacked the command and control posts of the militants, their strongholds and combat positions. For two months, deck aviation pilots made 420 combat missions (including 117 at night), destroying over a thousand objects of the Islamic State terrorist organization banned in Russia and other terrorist groups operating in Syria.

For the entire time of the military operation in Syria, at Khmeimim airfield and at the port of Tartus (main Russian bases), more than 1200 representatives from 57 enterprises of the Russian defense industry, as well as specialized scientific organizations, visited. Thanks to the work of these specialists, it was possible to quickly eliminate 99 percent of all identified malfunctions of weapons and military equipment.

Taking this opportunity, the president thanked all the defense industry workers - engineers, designers, working professions for their work and contribution to strengthening the state’s defense capability, as well as their most important contribution to the success of the antiterrorist operation in Syria and ensuring the defense capability of the Russian Federation. According to Putin, the successful use of Russian weapons in the SAR convincingly demonstrated that, by their equipment, the Russian army today is one of the leading in the world, and has no equal in a number of weapon systems. 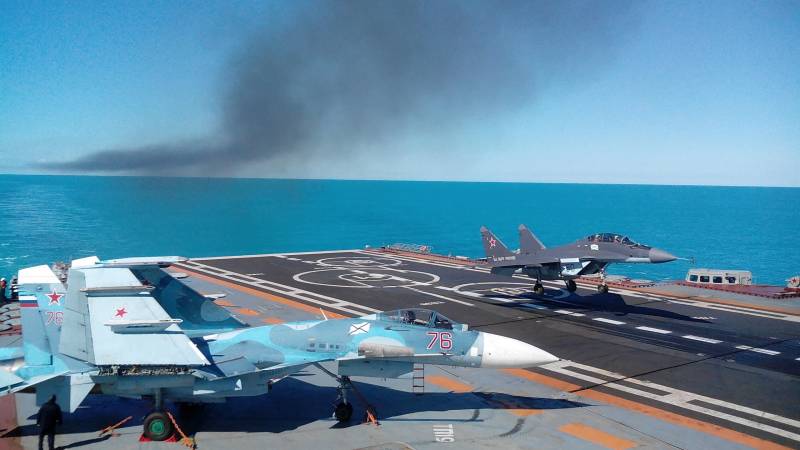 At the same time, Putin called on the military and representatives of the military-industrial complex not to soar in the clouds, noting that the shortcomings of some types of weapons and military equipment also appeared in Syria. This is evidenced by the reviews of our soldiers - the direct participants in the hostilities in Syria, and the data of objective control. The President asked the participants to carefully study the information received and make operational adjustments to the process of mass production of weapons and military equipment, calling for additional research, development, testing, if necessary, in order to bring existing weapons and equipment to the required level. Putin asked the leadership of the Ministry of Defense, representatives of defense companies and general designers to keep this issue under constant control, noting that the identified deficiencies were already eliminated for some types of weapons and equipment, and quickly within the framework of intense joint work of all departments.

Noting the successes of the national defense industry, the Russian president stressed that at present the share of modern weapons in the Russian army is almost 60 percent (59,5), while almost all military equipment in parks and bases is in good condition: according to the Russian Defense Ministry, the index is now 94 percent. In the future, Russia will have to make a qualitative step forward. This should help the newly adopted State Armaments Program to 2027 year. As part of this program, troops will be equipped with shock, reconnaissance weapons systems of a new generation, the creation in the defense industry of a powerful technological reserve on which the Russian army of the future will be built.

It is already known that the government will spend 2027 trillion rubles on implementation of the State Armaments Program before 20, of which 19 trillions are planned to be spent on the purchase, repair and creation of weapons and military equipment. Particular emphasis will be placed on equipping the Russian troops with modern high-precision ground-based, airborne and sea-based weapons, as well as unmanned strike complexes and personal equipment for servicemen, and it is also planned to widely introduce new communications, reconnaissance and electronic warfare systems. 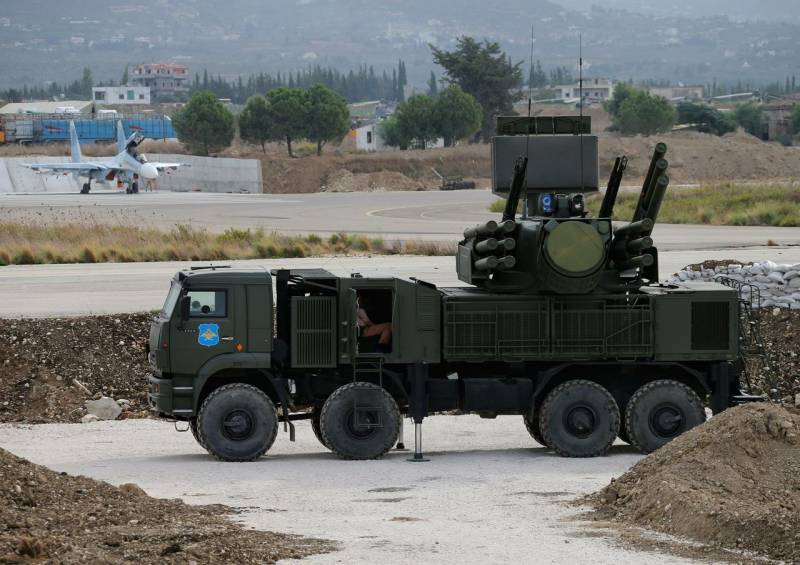 According to information voiced by the Russian military leadership, over the next ten years it is planned to carry out work on a new Sarmat missile system for the Strategic Missile Forces, the S-500 anti-aircraft missile system, as well as the Zircon hypersonic anti-ship missile. It is also planned to complete work on promising armored vehicles projects built on the Armata, Boomerang and Kurganets platforms, and the delivery of new tanks T-90M (export version of T-90MS) and testing of deep modernization of T-80 - T-80BVM tanks. The program also provides for the adoption of the latest fifth-generation Russian fighter, the Su-57, as well as the new MiG-35, the modernization of the T-95MS, Tu-160M ​​and Tu-22M3 strategic bombers, as well as the creation of a promising long-range aviation complex known as PACK YES.

For the Russian Navy, the construction of new nuclear submarines Borey-B (further development of the 2027A project) and surface ships equipped with the latest high-precision weapons (Zircon rocket) are planned for the Russian Federation before 955. It is also planned to transfer two helicopter carriers to the fleet before 2025, which will become carriers of the newest ship-based attack helicopters, the Ka-52K Katran.

Strategic Missile Forces under the LG to 2027 must get the latest Sarmat and Rubezh ballistic missiles into service. In addition, according to Viktor Bondarev, Chairman of the Federation Council Committee on Defense and Security, the former commander-in-chief of the Russian Aerospace Force, it is planned to upgrade strategic missile systems: decommissioning Topol, replacing them with newer and more sophisticated Yars.

Ctrl Enter
Noticed oshЫbku Highlight text and press. Ctrl + Enter
We are
Results of the 2017 of the Year for the Russian Defense IndustryThe Russian government approved a program for the development of the defense complex
6 comments
Information
Dear reader, to leave comments on the publication, you must to register.