How to write a law for a Russian person?

February 1 2018
124
Today we want to talk about a very serious and dangerous question for society. It will be about the basics of Russianness. About clamps that are laid in us ancestors. About mutual aid, about compassion, about mercy, finally. That did, does and will make us Russian. 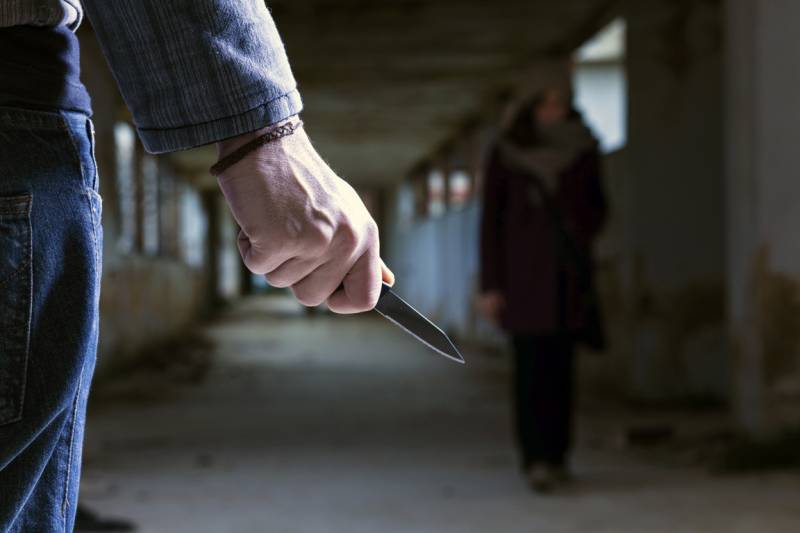 To begin with, a couple of stories that were highlighted by our colleagues from RIA "News". In the summer of 2017, a fight took place in the city of Yekaterinburg. Although it is difficult to call a fight. The usual youth party in the absence of parents ended with one of the guests calling a 22-year-old acquaintance with a request to pick up a drunk girlfriend from the hop company.

The "botanist" who came for a friend of his friend, naturally, was insulted by the participants of the binge. The case ended traditionally. In front of the girls, the boys were roosters, but after going out on the street they seemed to have agreed peacefully. Even shook hands.

But then there were four drunken "jocks". They decided to restore justice. Even despite the persuasion of all parties to the conflict. One of the guys hit come for a girlfriend in the face. According to the guy, he "swam a little." But still managed to hit the attacker in response.

A fight ensued with the fallen comrades. It ended quickly. The guy who hit the "nerd", began to sink his tongue and breathing was broken. And now the striking 40 minute provided assistance.

Historywhat a thousand. Although not. There is one nuance. The one that hit back weighed 60 kg. And the victim for 100. And the injury of the victim is serious. Fracture of the base of the skull.

Today, a process is underway in Yekaterinburg that threatens Vladislav Ryabukhin, the 60-kilogram botanist, the 8-th years of a strict regime colony. The injustice of the threatening sentence is understood even by the victim. Lawyers on both sides advocate a peaceful settlement. Compensation for the treatment and everything.

Another case is the same banal. In Novosibirsk, two drunken guys molested people. In the end, they attacked a couple of young people. The gentleman was kicked away, and the woman was dragged somewhere. And there was also a man. He stood up for the woman.

And he behaved accordingly. One against two. Hit first. This fight is over. The second bully fled. Hooligan received an open head injury. And our hero went to the police with a confession. They filed a case under the article "Intentional infliction of grievous bodily harm." The same 8 years of age ...

Thanks to the expertise. They recognized that injuries were caused by a fall from the height of their own body. The case was retrained to "causing harm by negligence." And this is "only" six months zone.

It would seem, how is the first case connected, which is now in the work of the court, the December case and our topic? Meanwhile, the analogy is complete. Both defendants will never, again, never go to help someone! They just pass by someone else's misfortune.

Once upon a time, in early youth, a wrestling coach told me a phrase, the meaning of which I understood much later. "Any fight for you can end up in a hospital, a prison or a grave. And therefore, at the slightest opportunity to avoid a fight, avoid it. Save your own nerves and the nerves of your parents."

Who is to blame for the fact that, by law, to protect the weak today means playing roulette with fate?

Sit or not. Remember the girl in the Moscow metro, which applied trauma and received a deadline. The gun is more dangerous than a knife. Are there any more girls who will get a gun for self-defense?

Remember the most terrible article for a normal person? "Excess of self-defense measures"?

Who determines the necessary self-defense? One against several drunken inadequates - is this normal? And if the drin picked up from the ground and struck along the ridge of the attacker - what is it like? Who in the fight counts the force of impact?

Any fighter who grew up in a working-class area under Soviet rule or on the outskirts of a democracy knows full well that gentlemanly in a fight is expensive. It is necessary to strike first and so that the enemy does not rise. Then there will be a chance to perform a ridiculous, but very clear installation from our childhood - "... do your legs."

What happens in different parts of our state suggests a terrible thought. Remember, Sofia Rotaru had a popular song. Very beautiful words. "In the word" we "one hundred thousand" I "..."

According to the laws of mathematics, the sum change does not change. And do you think that one hundred thousand "I" is always "we"? Don't you think that by such “deeds”, in accordance with the law, this “we” is killed in us?

Sorry for the banality. Parable about a broom remember? So what is better? Broom or twig? "We" or "I"? Tomorrow we will help those who are ill, or pass by, as is the case in “civilized” countries?

Do you want to live in a country where the police fight against criminals, medicine saves the sick and injured, a fireman pulls a child out of a burning house, and a rescuer rescues a drowning man in the water?

But it is well known and gradually goes on saying when these specialists appeared at the scene of the incident.

And unfortunately, there are such examples, which in reality completely discourage the desire to take a step forward. To the restoration of justice.

Twigs Scattered. Separated. Those who fear the law. Afraid to make a move.

Law-abiding. As in the civilized West.

Not able to stop the cad or maniac. Enter the burning house. Jump into the icy water. To take weapon and say no to fascism in the Donbas.

This should deal with the military, firefighters, doctors, rescuers, police.

Or is it necessary to revise the laws? In the direction of protection in the first place the interests of law-abiding and caring citizens?

Ctrl Enter
Noticed oshЫbku Highlight text and press. Ctrl + Enter
We are
Reports from the militia of New Russia for 27-28 September 2014 of the yearYuri Drozdov: Russia prepared the role of the sacrificial calf
124 comments
Information
Dear reader, to leave comments on the publication, you must to register.