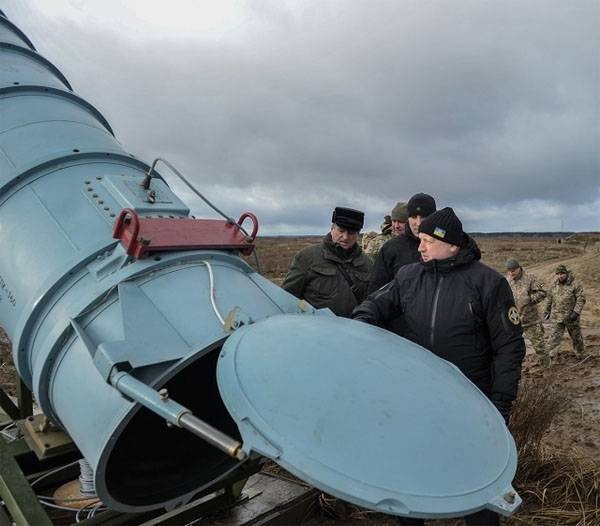 The limitless patience with which we have been seeing on the Ukrainian Armed Forces and the Ukrainian defense industry for almost five years is not so much the end, but laughter is gradually ending.

Observe, of course, not out of idle curiosity. The APU is, nevertheless, the closest army fighting against Russia on paper, and with the Russians in reality.

Of course, in terms of the possibilities of waging a modern war, the Armed Forces of Ukraine is a typical feudal army. Which is based on the Soviet legacy, which, in general, fell into the hands of Ukrainians, not just by chance, but rather unfairly.

Approximately the same can be said with regard to enterprises of the military-industrial complex.

And this legacy makes it possible, without producing anything, to maintain a sufficient level of equipping the current army with military equipment and ammunition for several years.

Enough to fight on equal terms with the militia of unrecognized republics. Who, frankly, the situation is even worse.

But in order to maintain a more or less intelligible parity of forces, not to mention the offensive and the liberation of the “occupied” territories, the APU are doomed to have an army significantly superior in personnel and weapons to the LDNR army.

But the fact that military equipment fails, especially if it is not fully trained fighters exploit, is not news. It’s not news that the level of training in the Armed Forces of Ukraine strongly leaves much to be desired.

For endless repairs and restoration of military equipment, the leadership of the Armed Forces of Ukraine had to reanimate and re-create the repair units and involve mobile brigades from military factories.

But it is obvious that the above measures are not enough. And we are witnessing the start of mass shipments. weapons (albeit Soviet as well) from abroad. But the problem is that the stock of old Soviet weapons, which can be given free of charge or for a penny, is not endless. Even in the world.

Of course, the sponsors of the Maidan will not leave in trouble and throw them in poverty. It's clear. But to talk about this MIC is difficult. And without enterprises that will not repair, and produce high-grade weapons, the country, as it were, should not dream of conquering any heights and implementing an aggressive policy.

The policy should be confirmed not only by words, but also by trunks.

And here in Ukraine is complete sadness.

This is called military-technical progress. This is what the USSR had, what is in Russia (one should probably not list all the achievements in the military sphere, it is enough that they exist), and what is not in Ukraine.

And really want to.

I want to show my worth and shake something. Confirm, so to speak, a reputation at the international level.

Hence the attempt to create at least something from nothing.

The “modernized” Pechora complex is one of such manifestations. 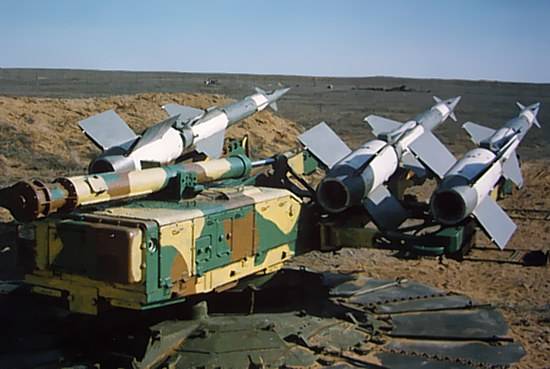 In the Soviet and Russian versions, the C-125 range did not exceed 32 km, and the altitude was up to 20 km.

Ukrainians reported on performance in 40 km in range and 25 in height. Peremoga, however. After 56 years after C-125 was successfully tested in the USSR, Ukraine repeated its success.

It is not necessary to comment on how successful the modification was. She could be real. The APU in any case reported on Peremogh, there is no doubt. But the modernization of the complex, which was decommissioned in Russia at the beginning of the 90's ...

And here is the new information. And not about the air defense complex. About the new cruise missile.

Turchinov personally watched the first launch. I was pleased.

But the “new” Ukrainian cruise missile is painfully reminiscent of the Soviet RCC X-35 from the Uranus complex. 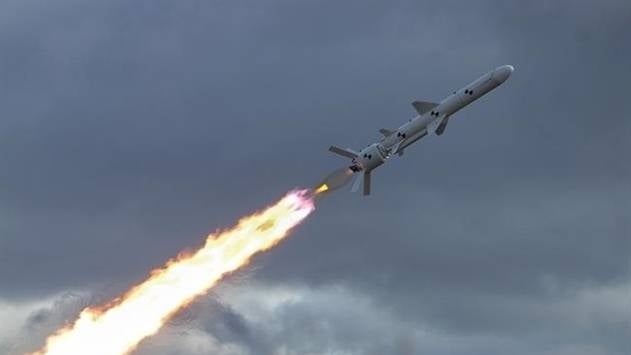 Overall, X-35 is a good product. High-quality rocket, with good performance and the ability to cause heavy damage to the ship with a displacement of up to 5 000 tons.

Still, the product was developed in 70-ies of the last century. The fact that the rocket entered service only after 20 years since the beginning of the tests ...

Turchinov hastened to publish a video of the tests and said that the designers of the Ukrainian enterprise “Luch” had fully developed the rocket in collaboration with other public and private companies.

Congratulations, of course. And with the test, and the next ... distortion of the facts?

On the power, or even more so, the superpower, until it pulls. But - nothing is impossible. The main thing - it would be the desire and opportunity.

Desires in Ukraine - at least for export. But with opportunities from year to year everything is worse.