January 31 2018
100
Moldavian President Igor Dodon demanded an explanation from the authorities of seven villages, who, without the consent of the country's leadership, signed a declaration on unification with Romania.


The head of state ordered a Supreme Security Council to be convened to discuss the situation and stressed that he condemns “indifference, negligence or possibly malicious intent” from the Ministry of Internal Affairs and the Prosecutor General’s Office, whose responsibilities include preventing such incidents. 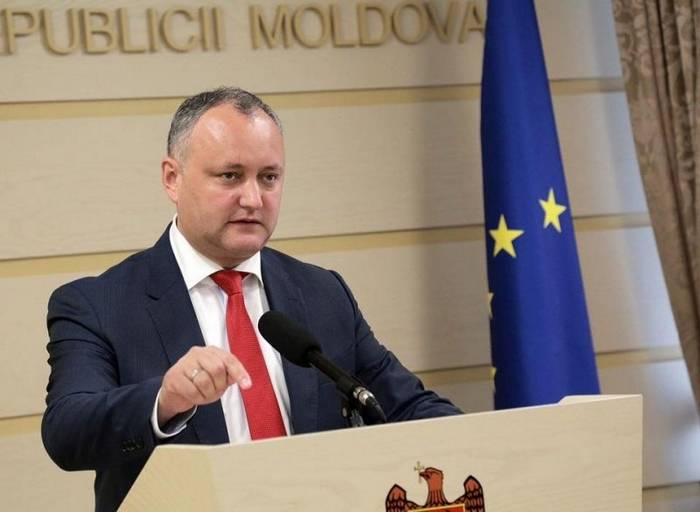 Over the past month, representatives of a number of settlements in Moldova have committed acts of an anti-state, anti-people and anti-constitutional nature. We are talking about the so-called "declarations", signed by local elected representatives from the respective localities. These declarations set a goal: the abolition of the state of Moldova and its inclusion in the neighboring state - Romania
- said in a statement Dodona, published on its official website.

Dodon believes that the separation of a number of municipalities without notifying the authorities of the country is the result of popularizing the unionist movement in favor of uniting Moldova and Romania.

According to Moldovan media, the campaign to sign the relevant declarations was organized by the civil platform "Acțiunea-2012", which advocates the unification of Moldova and Romania.

Ctrl Enter
Noticed oshЫbku Highlight text and press. Ctrl + Enter
We are
Dodon: If a new conflict breaks out on the Dniester, Moldova will cease to exist
100 comments
Information
Dear reader, to leave comments on the publication, you must to register.