How and who repressed under Stalin. The CIA called the number of victims of repression

February 1 2018
259
Joseph Stalin died 65 years ago, but his personality and the policies he pursues are still the subject of fierce debate by historians, politicians, and ordinary inhabitants. The scale and ambiguity of this historical the figures are so large that so far the attitude to Stalin and the Stalin era for some citizens of our country is a kind of indicator that determines the political and social position.

One of the darkest and most tragic pages in the history of the country is political repression, the peak of which occurred at the 1930-s - the beginning of the 1940-s. It is the repressive policy of the Soviet state during the years of Stalin's rule that is one of the main arguments of the opponents of Stalinism. Indeed, on the other side of the coin - industrialization, the construction of new cities and enterprises, the development of transport infrastructure, the strengthening of the armed forces and the formation of the classical model of education, which still works “by inertia” and is one of the best in the world. But collectivization, the deportation of entire nations to Kazakhstan and Central Asia, the extermination of political opponents and opponents, as well as random people assigned to them, excessive rigidity to the country's population - this is another part of the Stalin era, which also cannot be erased from people's memory.

However, recently there have been more and more publications that the scale and nature of political repression in the years of I.V. Stalin were greatly exaggerated. Interestingly, not so long ago, this position was voiced, it seemed by those who were in no way interested in “whitewashing” Joseph Vissarionovich - by employees of the US CIA think tank. By the way, it was in the United States that Alexander Solzhenitsyn lived in exile in his time - the main exposer of Stalinist repression, and it is to him that the frightening numbers belong - the 70 of the millions repressed. The analytical center of the CIA of the USA “Rand Corporation” counted the number of repressed during the years of the rule of the Soviet leader and several different figures were obtained - about 700 thousand people. Maybe the scale of the repressions was even greater, but obviously not as much as the followers of Solzhenitsyn say. 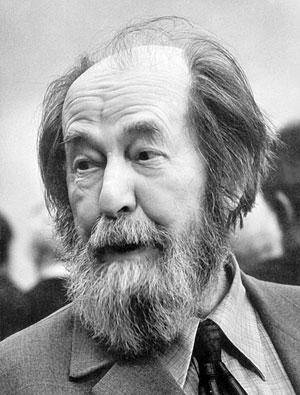 The international human rights organization Memorial claims that the victims of Stalinist repression were from 11-12 million to 38-39 million people. The scatter, as we see, is very large. Yet 38 million in 3,5 is more than 11 million times. Memorial refers to victims of Stalinist repression: 4,5-4,8 million political convicts, 6,5 million deported from 1920 of the year, about 4 million deprived of electoral rights according to the Constitution of 1918 of the year and 1925 of the year, about 400-500 of thousands of repressed based on the series decrees, 6-7 million dead from starvation in 1932-1933, 17,9 thousand victims of labor decrees.

As we see, the concept of “victim of political repression” in this case is expanding to the maximum. But political repression is nevertheless concrete action aimed at the arrest, imprisonment or physical destruction of dissidents or suspects in dissent. Is it possible to refer to the victims of political repression of the dead from starvation? Especially, if we take into account that at that difficult time most of the world's population was starving. Millions of people died in the African and Asian colonies of European powers, and in the "prosperous" United States of America, it was not for nothing that these years were called the Great Depression.

Go ahead. Another 4 million people were deprived of the right to vote in the Stalin period. However, can a defeat in rights be regarded as a full-fledged political repression? In this case, the multi-million African-American population of the United States, in the first half of the twentieth century, not only not having voting rights, but also segregated on a racial basis, is also the victim of political repression by Wilson, Roosevelt, Truman, and other American presidents. That is, approximately 10-12 of millions of people among those assigned by Memorial to the victims of repression are already in doubt. The sacrifices of time — yes, not always a well-thought-out economic policy — yes, but not targeted political repression.

If we take the question strictly, then directly victims of political repression can be called only those convicted under “political” articles and sentenced to death or certain terms of imprisonment. And here the fun begins. Not only “politicians”, but also many real criminals who were convicted of ordinary criminal offenses or who, for certain reasons (not given a card debt, for example) were classified as repressed, were subject to repression by initiating a new “political” article from criminals to political. Natan Sharansky, a former Soviet dissident, writes in his memoirs about such a story, which had already taken place during the “Brezhnevskiy” time - an ordinary criminal was sitting with him, who, in order not to answer to other prisoners for card debt, specially scattered anti-Soviet leaflets in the barracks. Of course, such cases were not isolated.

To understand who can be classified as politically repressed, it is necessary to take a closer look at the Soviet criminal law 1920-1950-s - what it was, to whom the most stringent measures could be applied and who could, and who could not become a victim firing »articles of the criminal code.

Attorney Vladimir Postanuk notes that when the Criminal Code of the RSFSR was adopted in 1922, the 21 article of the main criminal law of the Soviet republic emphasized that in order to combat the most serious types of crimes threatening the foundations of the Soviet government and the Soviet system, shooting is applied. 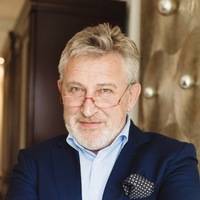 V.Postanyuk: Crimes punishable by an exceptional punishment - the death penalty - were included in the Special Part of the Criminal Code of the RSFSR. First of all, they were so-called. "Counter-revolutionary" crimes. Among the crimes for which the death penalty was relied, the criminal law of the RSFSR listed the organization for counterrevolutionary purposes of armed uprisings or an invasion of armed units or gangs into the Soviet territory, attempts to seize power (article 58 of the Criminal Code of the RSFSR); intercourse with foreign states or their individual representatives in order to induce them to intervene in the affairs of the Republic; participation in an organization acting in order to commit the crimes referred to in art. 58 CC; counteracting the normal activities of state institutions and enterprises; participation in the organization or assistance of an organization acting in the direction of assistance to the international bourgeoisie; the organization for counterrevolutionary purposes of terrorist acts against representatives of the Soviet government or leaders; organization for the purpose of counterrevolutionary destruction or damage by an explosion, arson or other method of railway or other ways and means of communication, public communications, water mains, public warehouses and other structures or structures, as well as participation in the execution of these crimes (Art. 58 of the Criminal Code). The death penalty could also be obtained for actively opposing the revolutionary and workers' movement while serving in responsible or especially secret positions in tsarist Russia and from counter-revolutionary governments during the Civil War. Followed the death penalty for organizing gangs and gangs and participation in them, for counterfeiting by collusion of persons, for a number of official misconduct. For example, article 112 of the Criminal Code of the RSFSR emphasized that execution may be ordered for abuse of power, excess of power or inaction and neglect, followed by the collapse of the managed structure. Assignment and embezzlement of state values, the judge pronouncing an unjust sentence, receiving a bribe under aggravating circumstances - all of these crimes could also be punished up to the death penalty.

Could they have shot minors in the Stalin period and for what crimes? Have such examples?

V. Postanuk: During its validity period, the code has been repeatedly amended. In particular, they extended to the issues of criminal responsibility of minors and were related to the mitigation of liability measures that could be applied to juvenile offenders. The rules on punishment also changed: the use of execution was prohibited for minors and pregnant women, short-term imprisonment was introduced for a term of 1 month (Law of 10 July 1923 of the year), and later for a term of 7 days (Law of 16 of October 1924) .

In 1935, the famous Ordinance On Measures to Combat Juvenile Crime was adopted. According to this decree, minors older than 12 have been allowed to be held criminally liable for theft, violence and bodily harm, injury, murder or attempted murder. The resolution stated that all criminal penalties could be applied to juvenile offenders older than 12 years. This wording, which did not differ in clarity, gave rise to the emergence of numerous allegations of the shooting of children in the Soviet Union. But these statements, at least from a legal point of view, are not true. After all, the rule about the impossibility of appointing the death penalty to persons under the age of 18, contained in Art. 13 Basic began in Art. 22 of the Criminal Code of the RSFSR was never abolished.


Is there not a single case of execution of juveniles in the Soviet Union?

V. Postanuk: There was such a case. And this is the only reliably known case of a teenager being shot during the Soviet era. 15-year-old Arkady Neyland was shot 11 August 1964. As you can see, this is far from Stalin's time. Neyland was the first and only juvenile officially sentenced by the Soviet court to the death penalty - execution. The guilt of this criminal was that he killed a woman and her three-year-old son with an ax. The petition for clemency of the teenager was rejected, and Nikita Khrushchev himself spoke out in support of the death penalty.

Thus, we see that the Soviet criminal legislation did provide for the death penalty under the “anti-Soviet” 58 article. However, as the lawyer noted in his interview, among the "firing" anti-Soviet acts were crimes that would be called terrorist in our time. For example, one can hardly be called a “prisoner of conscience” of a person who organized sabotage on the railroad tracks. As for the use of the shooting as the death penalty against corrupt officials, this practice still exists in several countries around the world, for example, in China. In the Soviet Union, the death penalty was seen as a temporary and exclusive, but effective measure to combat crime and against the enemies of the Soviet state. 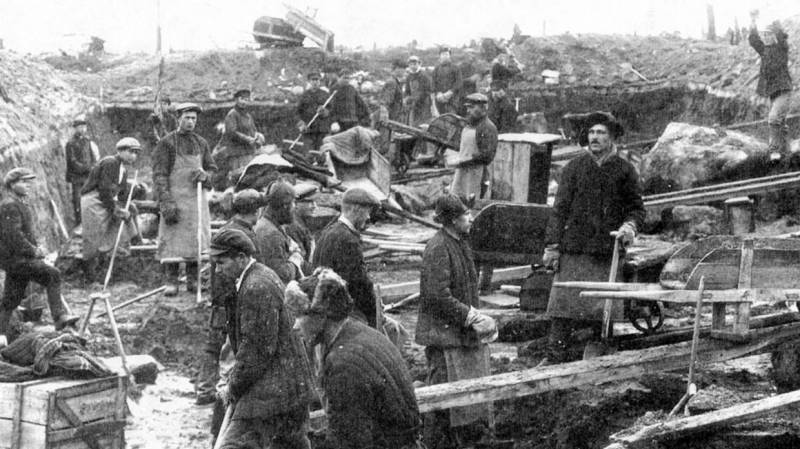 If we talk about the victims of political repression, then a large part of those convicted under the anti-Soviet article were precisely saboteurs, spies, organizers and members of armed and underground groups and organizations acting against Soviet power. Suffice it to recall that in 1920-1930-s the country was in a hostile environment, the situation was not very stable in a number of regions of the Soviet Union. For example, in Central Asia, certain Basmach groups continued to resist Soviet power in the 1930s.

Finally, do not miss another very interesting nuance. A significant part of the Soviet citizens repressed under Stalin were responsible officials of the party and the Soviet state, including law enforcement and security agencies. If we analyze the lists of top leaders of the NKVD of the USSR at the union and republican level in 1930-s, then most of them were later shot themselves. This indicates that tough measures were applied not only to political opponents of the Soviet government, but also, to a much greater extent, to its representatives themselves, guilty of abuses of authority, corruption or any other official crimes.

Ctrl Enter
Noticed oshЫbku Highlight text and press. Ctrl + Enter
We are
Project "ZZ". Russia needs Stalin. The Kremlin is building an "ideological foundation"Results of the week. "Well, do not change me because of every idiot!"
259 comments
Information
Dear reader, to leave comments on the publication, you must to register.