Putin visited the exhibition of the Ministry of Defense, dedicated to the fight against terrorism

January 31 2018
20
Vladimir Putin, on Tuesday after holding a military-practical conference on the results of a special operation in the SAR, examined a thematic exhibition deployed at the National Center for Defense Management, reports TASS. 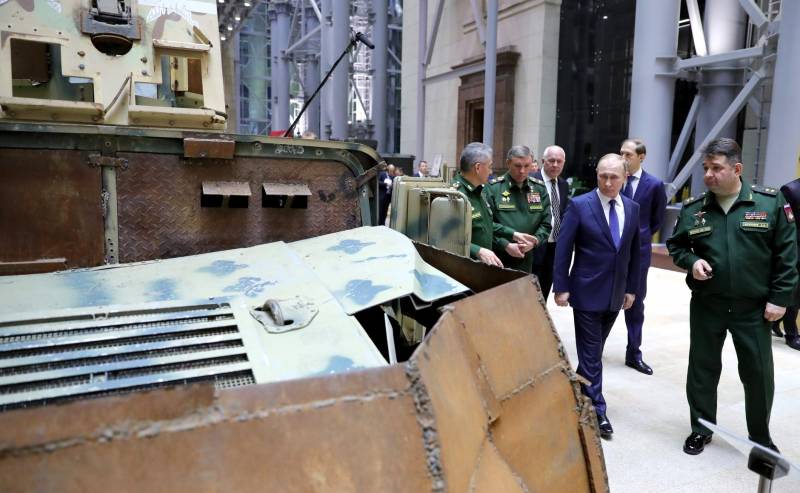 The exhibition presented weapons, equipment, logistics, medical and other support units involved in the fight against terrorists, as well as weaponconfiscated from the militants themselves.

"In particular, the head of state was shown the so-called" jihad-mobil ", unmanned aerial vehicles used by the gangs, as well as samples of improvised explosive devices used by extremists," the report said.

Commander-in-Chief of the VKS, Colonel-General Sergei Surovikin reported to the president on the peculiarities of the use and arming of combat aircraft and helicopters. 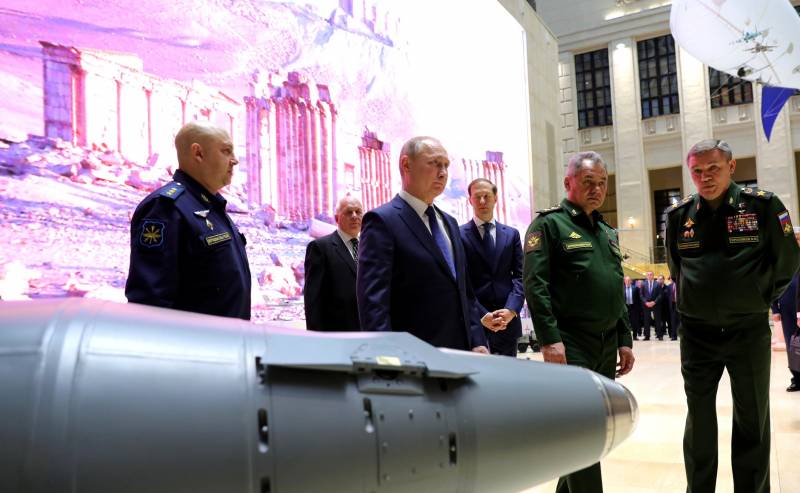 The President was also "shown on mock-ups the construction of a warrant of the Russian Navy ships that participated in the counter-terrorist operation."

In addition, the experts told him about the countermeasures and the special engineering equipment used for demining.

Especially for this exposition, the Syrians provided exhibits representing a large historical and cultural value. Many of these items were saved from destruction during the liberation of Palmyra.

Ctrl Enter
Noticed oshЫbku Highlight text and press. Ctrl + Enter
We are
Colonel-General Sergei Surovikin to become commander-in-chiefThe infamous chief of staff of the Central Military District, General Surovikin removed from office
20 comments
Information
Dear reader, to leave comments on the publication, you must to register.