January 31 2018
24
The Israeli company IAI (Israel Aerospace Industries) has spread information about the new development, which can improve the protection of various types of aircraft (including passenger) from missile attacks. This is a system labeled ELL-8270. The system was developed by a subsidiary of IAI - IAA ELTA Group.


The low-mass defensive complex is said to be designed to disorient missiles fired on an airborne board (for example, an aircraft). In essence, the ELL-8270 is a lure for guided missiles, the guidance systems of which will “assume” that the ELL-8270 is part of the aircraft that is being hit.

It is known that ELL-8270 will be presented at the air show in Singapore, which starts next week. 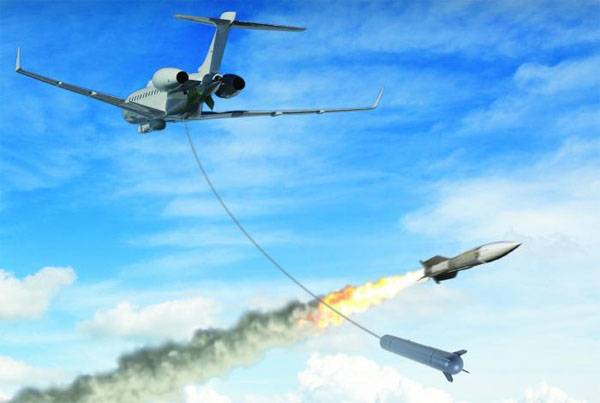 Representatives of the company-developer reported that ELL-8270 in the literal sense, can reach for the plane, keeping on a long cable. The system of disorientation of guided missiles is completely autonomous and does not require any control from the pilot.

The “lure” for the missiles is “released” to such a distance from the aircraft, where the flight of the guided missile becomes completely safe for the board. The exact data on the distance is not mentioned, but it turns out that it is tens of meters.

It is stated that the system emits signals, to which guided missiles react. It is reported that, in the absence of a threat, the ELL-8270 system can be inserted back into the aircraft, or it can be shot. According to some reports, ELL-8270 has global positioning systems, as well as early warning of a missile attack.