Israeli army will get a new lightweight grenade launcher 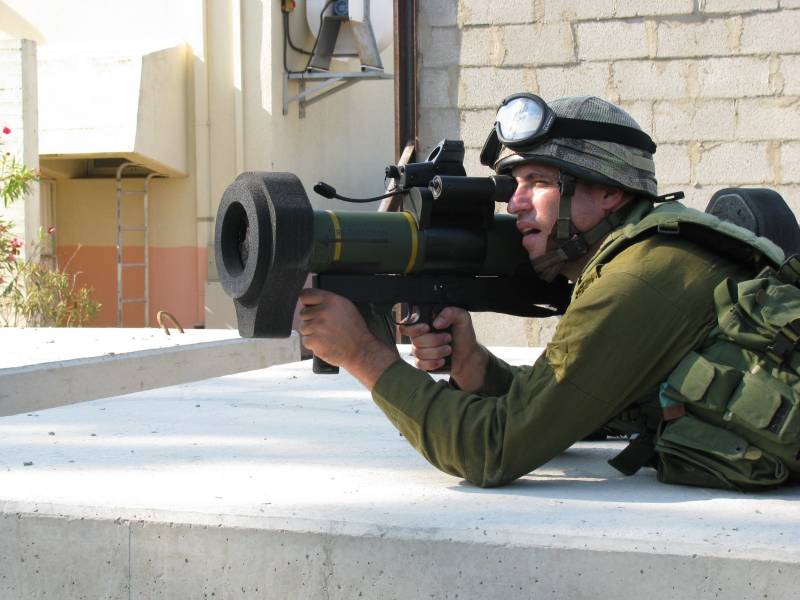 It is reported that the grenade launcher was developed over the past two years, taking into account the experience of Operation Mighty Cliff in the Gaza Strip of 2014 summer. In fact, it is a lightweight version of the Mefaceah Egozim (Nutcracker) grenade launcher on 40%.

For the first time, the Israeli army used Mefaceah Egozim in small quantities in Operation Cast Lead in the Gaza Strip in the winter of the 2008-2009.

“After a number of improvements, it was officially put into service in 2010, and during Operation Mighty Cliff of 2014, the use of this grenade launcher was widespread. To date, "Mefatseah Egoz" - one of the two RPG Israeli army along with the modern versions 66-mm M72 LAW ( "zarzir calico"), such as M72A4, M72A6, M72A7 and M72A9 ", - stated in the material.

According to the author, a serious disadvantage of “Mefatseah Egozim” is a large weight: from 8,9 to 10,3 kg, depending on the modification. The grenade launcher "Mefatseah Kal Mishkal" is designed to fix this, without losing combat effectiveness. In addition to weight loss on 40%, other TTX grenade launcher has not yet been published.