January 31 2018
46
The contract for the supply of the Russian Ministry of Defense combat support vehicles tanks (BMPT) The Terminator will be completed in early 2019, the first batch will arrive in March or April of this year, RIA said on Wednesday News the press service of "Uralvagonzavod". 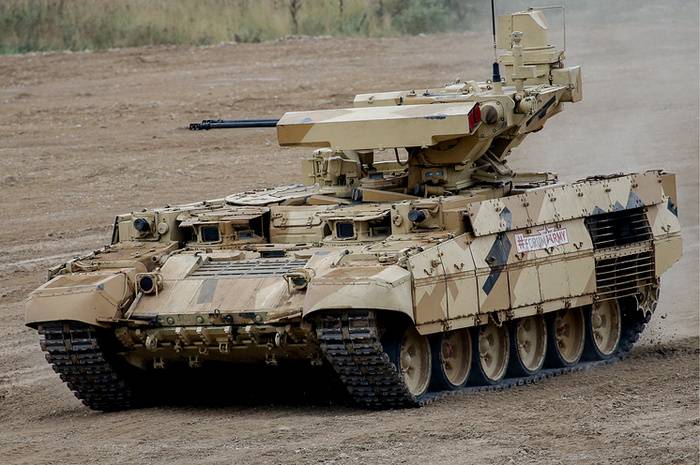 The contract is long-term, and the number of vehicles purchased by the Ministry of Defense will be transferred at the beginning of 2019.
- said the representative of the company.

According to him, the first batch will be transferred in March-April of this year. Assembly is now in Nizhny Tagil, cars "are on the conveyor," said the agency interlocutor.

The fire control system of the main armament of the vehicle allows detecting and recognizing small targets at long ranges day and night and in adverse weather conditions.

Ctrl Enter
Noticed oshЫbku Highlight text and press. Ctrl + Enter
We are
BMPT "Terminator": a long road to commercial successNew combat vehicle "Terminator" will be presented in September
46 comments
Information
Dear reader, to leave comments on the publication, you must to register.