Estonian military sure women will cope with any military tasks

January 31 2018
46
More than 70% of Estonian Defense Forces servicemen believe that women in active service are able to cope with all tasks, reports news ERR service with reference to the report of the International Center for Defense Research. 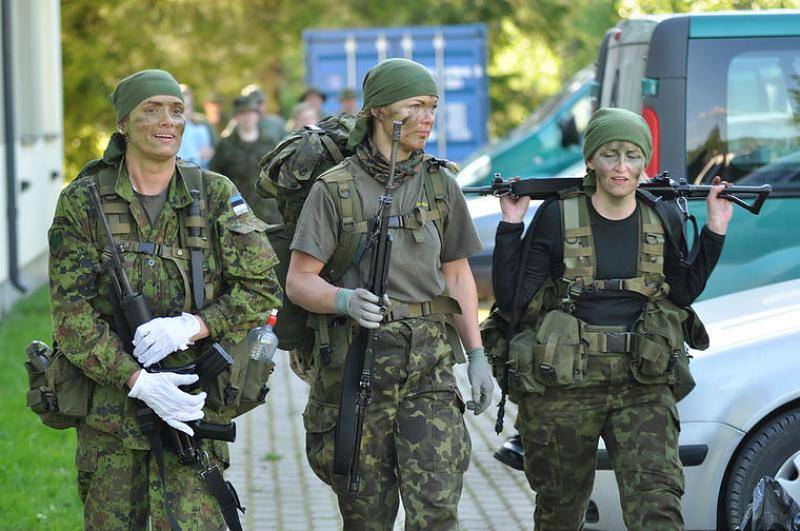 “On the whole, it seems that in Estonia they are not enthusiastic about the service of women in the army. But those whom it directly concerns - that is, the military personnel themselves, perceive such a prospect noticeably more positively, ”the report cites. InoTV.

It is reported that the survey was conducted among 800 military personnel of the Defense Forces, of which "61% answered that women will cope with the tasks in the army if they are provided with equal opportunities and requirements with men."

Today, 300 women are serving in the Estonian army, including 15 conscripts.

“Thus, women in active service in the Estonian army are about 9%, which is close to the average for the NATO countries (11%),” the newspaper notes.

Last year, the Estonian government increased the limit on the number of women in military service. If in the 2015 year, the entire 24 space was provided for them, in the current year - 108.