January 31 2018
121
The “Kremlin report” presented by the US Treasury Department included a number of Russian officials, politicians and oligarchs associated with President Putin and his government (starting with Medvedev, Shuvalov and Lavrov). According to the Secretary of the Treasury of the USA S. Mnuchin, the publication of the black list just means that the listed persons will fall under sanctions. Interpret the report otherwise not worth it, he sneered. 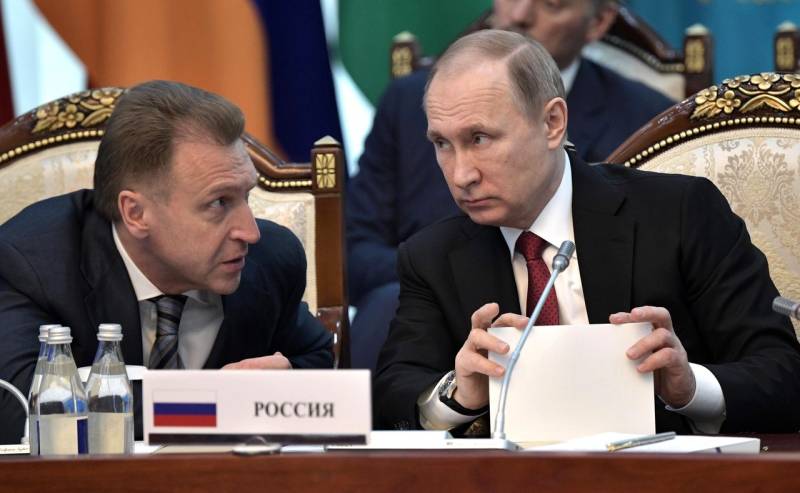 Under a possible sanction strike, there are two hundred and ten large persons from Russia who are close to Putin’s circles and to the Russian government: from ministers and security officials to the press secretary of the president. However, while “punishment” is not applied to anyone, since the list itself is not a reason for the immediate application of any financial measures to the “oligarchs” listed in the American list, or to the officials. The US Treasury, as demanded by the Act on Countering America's Opponents through Sanctions (CAATSA), signed last year by Donald Trump, “gave birth” not to the list of persons subject to immediate punishment, but to whom the US government may complicate its business. in perspective. [/ i]

In the so-called Kremlin report presented by Mr. Mnuchin’s office, 114 was pleased with high-ranking officials and leaders of Russian state-owned companies. The list of 96 replenished eminent oligarchs, each of whom has managed to amass a fabulous state - more than a billion (not rubles, but dollars).

First of all, the “report” hits the government. In the list are the highest figures. The blow did not pass even Mr. Medvedev, the very same liberal whom the United States and the whole West once loved so much. 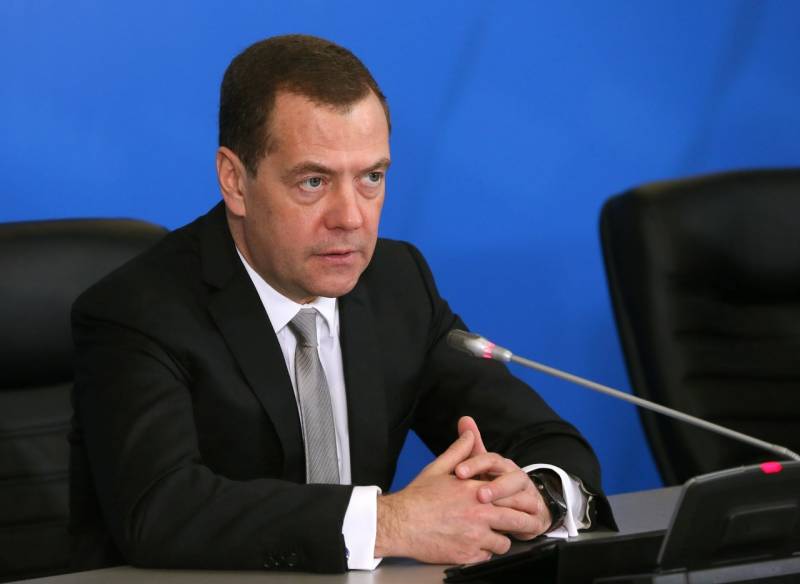 The Kremlin is “represented” in the black list by personages of Prime Minister D. Medvedev, Minister of Foreign Affairs S. Lavrov, First Deputy Prime Minister I. Shuvalov, Minister of Finance A. Siluanov, Head of the Ministry of Communications and Mass Media N. Nikiforov, Head of the Ministry of Industry and Trade D. Manturov, etc. That's right here and the bosses of the power structures: S. Naryshkin (director of the SVR) and A. Bortnikov (head of the FSB). Among the “objectionable” Washington faces are the entire leadership of President Putin’s administration, from Mr. Vaino to Mr. Peskov. Mr. Surkov is also on the list. 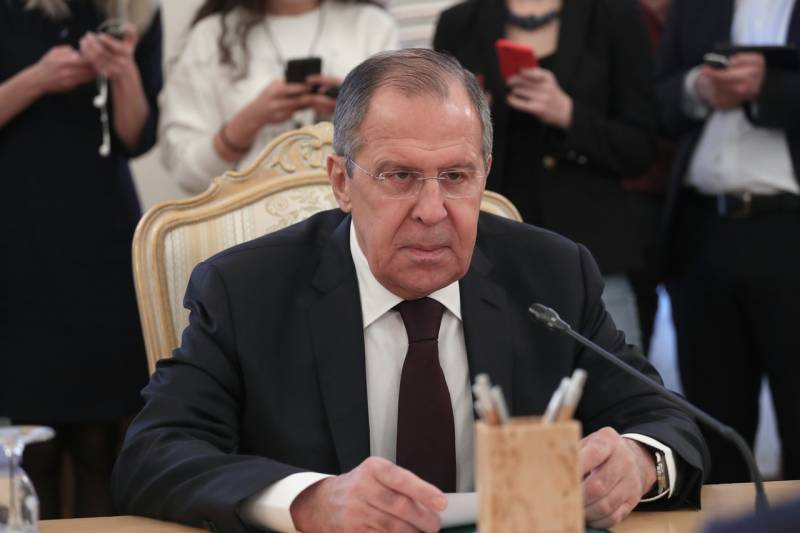 The following are the names of A. Kostin and G. Gref, who head the two largest state banks in Russia: VTB and Sberbank, respectively. 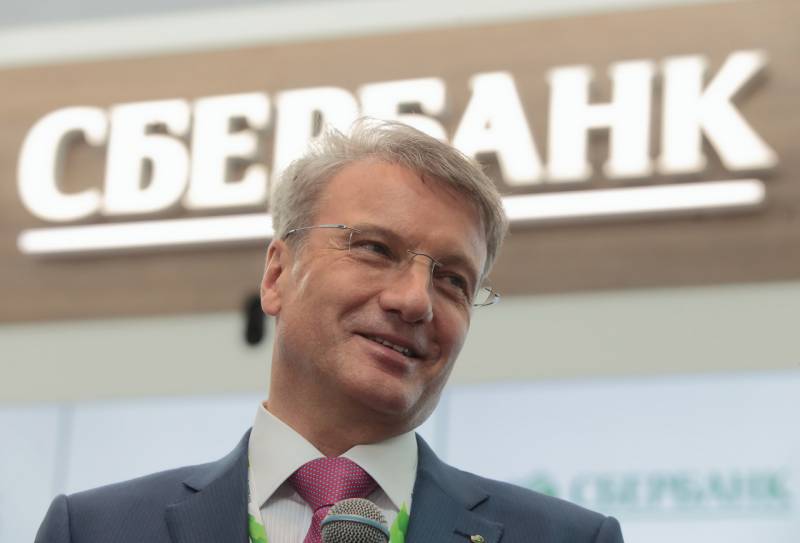 The upcoming strike awaits the oil industry, and with it the gas industry: the American Ministry of Finance aimed at Igor Sechin (Rosneft boss) and Alexey Miller (head of Gazprom). 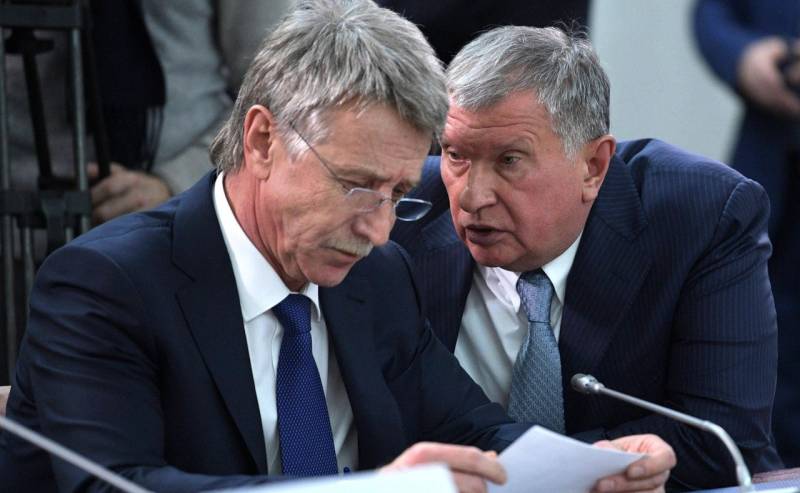 The IT sector is also on the list of potential sufferers: the document was replenished with the head of Kaspersky Lab Yevgeny Kaspersky, the head of Yandex, Arkady Volozh, and the former co-owner of Mail.ru Group, Yuri Milner. Recall in this connection that other enterprising citizens of Russia from this part of the list were registered in advance in Malta.

We already wrotethat the citizens of Malta have recently become more 730 people with well-known in Russia combinations of names, surnames and patronymic names. The long list includes the mentioned Arkady Volozh, members of his family, top managers of Kaspersky Lab and other notable people. These Russians received (more precisely, purchased for big money) Maltese passports under the program "Citizenship for Investment".

As for oligarchs and businessmen who are close to Putin and because of Mr. Mnuchin’s black list, the following gentlemen should be prepared for punishment: R. Abramovich, O. Deripaska, V. Potanin, A. Usmanov, A. Vekselberg, V. Alekperov , K. Shamalov and many others.

The Kremlin Report was gladly received by congressmen. The US Treasury fulfilled its obligation under the law: the list was submitted on time. Thus, the administration of D. Trump kept his promise.

There is one more thing to add. Not all the document was the property of the free American press. Part of the materials Mr. Mnuchin from the general world community (more precisely, from the Russian) concealed. If other Russians are shaking, wondering if their names are on the list or not, the secret part has already been sent to the US government and congressmen, as well as to the governments of the US ally countries. The secret pages of the report, as the US Treasury itself cautiously explained, contain the names of those rich people from Russia whose wealth may not go beyond a billion dollars. So say, second-row millionaires. The closed part may include the names of both businessmen with a fortune of less than 1 billion dollars, and officials who do not occupy top executive positions in Russia.

The piquancy of the situation is that these gentlemen-comrades can learn about the application of sanctions to them suddenly. We are not expecting a big sensation: after all, the whole government, all the oligarchs and all the leaders of state-owned companies and state-owned banks, as well as people close to Putin and the government, have been blacklisted. Oilmen and gas industry workers whose activities are, by the way, budget-forming (no matter what those who screamed that Russia does not depend on oil and gas trading) are also under the hood.

Something about the secret part is still known.

The scant information that has passed through the Department of State of the United States has made it possible to establish that in the secret part of the report there is a warning for governments of various countries that is directly related to the entire list. Governments, as well as companies that carry out any activities with Russia, can also be sanctioned. Washington can punish whom it wishes, if it takes in head to cooperate with persons whose names are written in the "Kremlin report."

If any financial restrictive measures are introduced against the person involved in the list, they will also affect foreign companies or banks that deal with it. This means that already now many banks and firms that have received a full or partial list of alleged punishments will reconsider their attitude towards cooperation with these individuals and their organizations.

And one more clarification about the secret section has just come from Mr. Mnuchin himself.

At a meeting with members of the US Senate Banking Committee, Mr. Menendez asked Mnuchin a question: why are there no sanctions per se in the published report? Answering Mnuchin referred to the secret materials: “I suppose you did not read the secret part. There will be sanctions that go beyond the scope of this [open] report. ”

Later, Mr. Mnuchin He explained what was said, noting that the sanctions of the Russian oligarchs and officials are still ahead: "This should in no way be interpreted as if we do not apply sanctions to anyone from this report."

It seems that in the near future the team of the financier Mnuchin will arrange for someone from the Kremlin list a demonstration spanking. And Mr. Trump would hardly object to this. Literally after the list was shown to congressmen, Mr. President of the United States broke out in an appeal to Congress, in which he called Russia a rival challenging America.

In the first annual message to the congress “On the situation of the country,” Donald Trump made policy statements of principle, which are essentially the foundation of his current program.

He spoke out against reducing the US military budget, said it was necessary to modernize nuclear arsenals, and spoke of the threat to the interests of the United States coming from Russia and the PRC. Trump's speech, divided into themes, reproduced on White House website.

Russia Trump described negatively negatively. Besides the fact that this state "challenges" the United States, it is also a rival for the American economy and an opponent of American values. This kind of US challenge is, of course, confronted. "The power that has no equal" Mr. President declared the right means of "defense" from opponents. Further, Trump declared the need to modernize the nuclear arsenal. He, too, should be made “so powerful” that he restrains any encroachments of the “aggressors”.

By the way, while Mr. Trump was giving incendiary speeches, the State Department took a waiting position. The fact is that on the day of promulgation of the open part of the “Kremlin report”, the State Department was supposed to announce new sanctions against states and companies that had previously concluded deals with the defense and intelligence sectors of Russia, as prescribed by the same CAATSA. State Department officials explained that CAATSA was already holding back trade in the Russian defense sector.

Apparently, the State Department has decided that there is a risk of becoming entangled in countless sanctions. So now everything is in the hands of Mr. Mnuchin. If someone is on the black list and punished in the coming weeks, the whipping will take place at the initiative of the American Treasury. The scapegoats have already been appointed.

Ctrl Enter
Noticed oshЫbku Highlight text and press. Ctrl + Enter
We are
Situational analysis of the death of the MH17 flight (Malaysian Boeing 777), made on the basis of engineering analysis from 15.08.2014Results of the week. “In our cooperative, the board is always agreed”
121 comment
Information
Dear reader, to leave comments on the publication, you must to register.