January 31 2018
36
The leader of the Democrats in the Senate, Charles Schumer, demanded an explanation from the White House regarding the visit to the United States of the Russian Foreign Intelligence Service (SVR) director Sergei Naryshkin, reports RIA News. 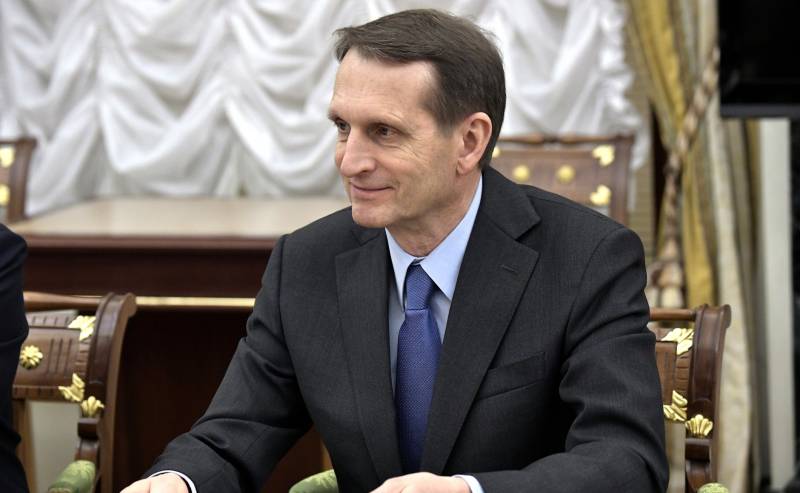 Recall that Naryshkin visited the United States to discuss the fight against terrorism, said Russian Ambassador to Washington Anatoly Antonov on the Russia-1 TV channel.

The administration (US President Donald) Trump must immediately answer questions clearly. Who exactly of the American representatives met with him (with Naryshkin), said the senator.

He expressed confidence that the head of the SVR "did not come alone" and demanded to answer the question, which of the officials falling under American sanctions accompanied Naryshkin.

On Monday, the US Treasury Department published a list of Russian politicians and businessmen from 210 that were included in the so-called “Kremlin report”. It lists almost the entire leadership of the presidential administration of the Russian Federation, members of the government, and heads of several key departments, including Sergei Naryshkin.