How the Soviet Army disappointed the Chinese

January 31 2018
67
According to one Chinese military expert, the Soviet Army turned from a sample into a warning. The fate of this army is only regret. About this tells the publication of the Global Times. 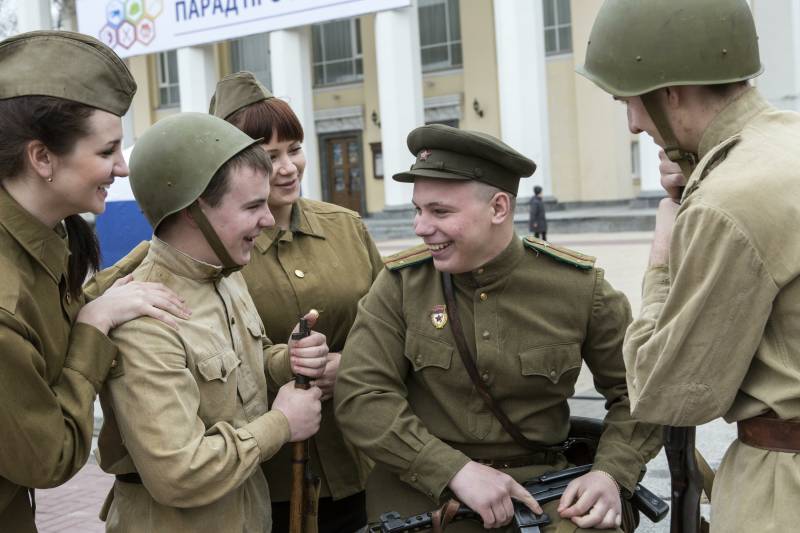 The fate of the Soviet Army, which defeated the Nazis, and then opposed the United States and the West in general in the Cold War, is now only regrettable. This is reported in the Global Times by military expert Xu Yan, a professor at the National Defense Academy of the National Liberation Army of the PRC. With the collapse of the USSR, this army simply "took it and disappeared." According to the expert, despite the brilliant achievements, the Soviet leadership has forgotten the goals that were once set before the Red Army.

The Global Times recalls that a hundred years ago, on January 28, 1918, the SNK of the RSFSR adopted a decree establishing the Workers 'and Peasants' Red Army. Later, the army turned into “a model of the revolutionary struggle for the distressed Chinese people, as well as numerous oppressed peoples of the world,” said Xu Yan, whose opinion leads "InoTV".

But here comes the 1991 year. In the USSR - internal political chaos. And "the heroic armed forces of the USSR, which defeated Nazism and opposed the USA in the Cold War," cease to exist. This fact was a great disappointment for the Chinese, and for other nations of the world.

Xu Yan also recalls that he had mixed feelings towards the USSR and the Red Army. Both the Union and its army initially represented the standard for Xu Yang and his peers, but then, when "ideology changed", the people of China realized: Soviet forces tend to "hegemonic behavior." As a result, many Chinese have brilliant memories of the Red Army intertwined with dark ones.

And still alive in the Celestial memory of the Soviet aid in the liberation of Chinese land from the Japanese occupation. And another thing: no matter how the West tries to belittle the merits of the Soviet troops in World War II, it was the Soviet Army that made the greatest contribution to the fight against the Nazis.

So why are these powerful troops having such a glorious history, did nothing at the time of the collapse of the USSR? This is the question asked by the Chinese military expert.

Among the reasons for this “nothing”: Western influence, leadership mistakes and, finally, the abandonment of the former ideas and ideals with which the Soviet Army was created — the ideas of the Great October Socialist Revolution. As a result, a powerful military force simply "collapsed from the inside."

Understandably, we note why the Chinese expert became interested in the history of military greatness and the ideological collapse of the Soviet Army. The Soviet Union is long gone, and the glorious history of its army is remembered not only in Russia, but also in China, and in other countries. Obviously, Xu Yan wants to learn a lesson from the collapse of the USSR and the ideological catastrophe of its armed forces. The refusal of the army from its original goals and ideas leads to "regret". This is a “warning”, which advises the Chinese military expert to wind his compatriots on a mustache.

Ctrl Enter
Noticed a mistake Highlight text and press. Ctrl + Enter
We are
100 years of the Workers 'and Peasants' Red Army and Navy
67 comments
Information
Dear reader, to leave comments on the publication, you must to register.