February 1 2018
98
The article is a logical continuation of the previously published "Why are they afraid of us and we are not?"The task of destroying Russia in any way remained with the West. Too often, the" civilized "got a brazen face from" savages from the East. "Too many of these same savages have mastered during their thousand-year history territories. Too much wealth in this area. 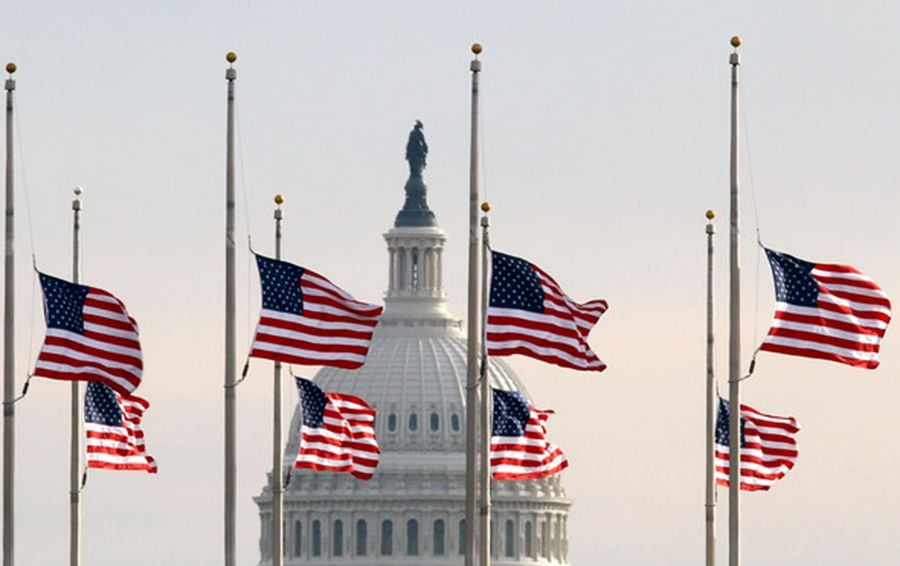 The lessons that the Russians taught to all the great and not-so-great commanders were learned. And the global West gradually turned from an aggressive and cruel warrior into a big belly. A belly, for which the main thing is to consume. I want to consume, but I do not want to produce. Why, when a huge country is near, in which people live in the XIX century and for the smallest indulgence of the regime and a small piece of the European pie, they will be happy to serve this Big Belly.

The second day, the Russian media is full of materials about the next American report, more precisely, a warning about the next sanctions. Opinions of politicians, officials, journalists, ordinary people are divided dramatically. From laughter and "but we do not care" to "the West declared war on us." And it will continue for a long time. One way or another, until the election of a new president, the "media quake" will continue.

In fact, the list is just a part of a large and long-started operation by the Western secret services for the collapse of the USSR, and then Russia. Just a warning to some people that they are on a big and serious "hook." In a large enough mass mentioned in the list there are those who will really "influence the power."

The last article described in detail the differences of views on the world order, on other nations, on neighboring states. L differences that cannot be overcome as long as there is a multinational Russia. And only casually touched another side of the Russian worldview. Relations between the ruling elite and the common people.

Many years of "building capitalism" really destroyed some of the age-old Russian features of this relationship. Quite a large part of the Russians in their own skin felt the "difference in income." And the behavior of our rich buratin often causes quite negative feelings. All these banquets for hundreds of thousands of euros, cars for many millions, in which the offspring of "new Russians" kill people in accidents, watch for tens of millions on their hands ...

Speaking above about the continuation of the operation on the collapse of the USSR and Russia, we had in mind that there are several types of strikes in any such operation. Including using local personnel. Those who are bashfully called agents of influence. Those who for various reasons became the enemy of the motherland.

Many, probably, have paid attention to some increase of a negative in relation to the power today. People watch TV, people read articles and see the difference between what our propagandists are talking about and what happens to each particular person. People see global lies.

Moreover, lies somehow imperceptibly became the basis of state policy. Any regular presidential decree on the increase in wages of any category of workers is repeatedly broadcast by our media. But what happens next? And then come into effect the conditions for its implementation. And in fact, wages remain the same as they were before, or even decrease.

We are outraged by the WADA attack on our athletes, but it turns out that our officials themselves provoked this attack by inaction and betrayal of the athletes. Smile at the camera lenses and talk about the next champions well. People listen with pleasure and pride. And the fact that in a month, a year, a decade the medals will be taken away from these athletes is not important.

To be honest, it is doubtful that global lies could exist without the knowledge of the authorities. It is doubtful that the facts of this lie were not known to the government and the president. On straight lines, the questions are really hard. And specific, indicating the perpetrators and organizations that lie, distort, yule.

Yes please. Look at the "suddenly emerged" presidential candidate Grudinina. The fact that the Kremlin “slept through” the candidate who can really become the basis for those who do not believe in Putin (and there are a lot of such people) is a fact. As well as the fact that the persecution began.

Why not? Now is the election race. Media space resembles a sewer pipe, bred to the nearest river. If you stand and look at what comes up, then you can ... form an opinion on the well-being of the residents of the neighborhood.

Money Grudinina on foreign accounts? And strange names like Timchenko, Roldugin, Rothenberg and others? But they are connected with the president. On one fake there is always another. Or does our president receive such a small salary that all of her goes to life? After all, no one talks about any violations of the law. So why make the head of state a fool? Why lie?

But this, so to speak, political clashes. Lies something goes even at the usual, everyday level. We will keep silent about the famous story of a drunk boy. An alcoholic child is the norm in Russia. But it’s worth talking about the latest story from the glorious city of Petrozavodsk.

The man, the father of four children, committed suicide. The reason is commonplace. Gentlemen developers have taken away his apartment. It happens. We have hundreds, thousands of defrauded co-investors. But there is one small nuance. Developers occupy quite serious positions in one very respected party.

What happens next? It did not happen, but it happens even today. Predictable? In light of the policy of total lies completely. The theme of suicide of the father of four children began not to hush up, but to trample. And the children were not his (two), and he drank and walked, and beat his wife (that's why he divorced). In general, the standard media is disgusting. Drunk boy in all its glory. Relatives and friends, as they can, beat off, but the result of the skin climbs, so as not to leave the case under the article "bringing to suicide." And the lie is not even pouring buckets. The pools.

One gets the impression that everything is allowed in the regions before 18 March. The condition is one - no publicity, all stew immediately. And - a great turnout with the appropriate percentage of votes for Putin. And the grass does not grow. Perhaps because the authorities in the same Petrozavodsk do not strike a finger on a finger. Or maybe because the head of the legislative assembly and the EP faction in one person, and the children's ombudsman in Karelia and the head of the EP in the case.

The main thing - to stamp out the matter as far as possible. That there was silence and grace against the background of universal welfare. And after the March 18 amnesty immediately, if the results and turnout will be good. And you can continue to work quietly for the good of the country.

Still? We have already written about what is happening in the 20 th army ZVO. As captain Zolotarev addressed the commander-in-chief on the subject of theft of army property and corruption schemes in the army. The captain was tried on absolutely insane charges, and the court captain won. Someone rushed to clean up? By no means. Military investigators scour the schools and units where Zolotarev studied / served. In search of compromising. But in the most part there are no investigations.

But Zolotarev has already been accused of everything that is possible. Including some officials, and the media, joyfully standing up for the defense ... What’s the only defense, it’s not entirely clear. Apparently, to protect thieves and bandits in the form of officers of the Russian army. In approximately the same vein, there were two other things that we are now studying. One on the far North from us navy, the second again in the ZVO.

The election campaign reveals many real facts and many "facts from the media." The easiest way to ignore these facts. The wave will pass, and again there will be silence. And life will continue as it was before this political shake-up. Will it?

Let's return to the beginning of the article. To the very operation that our partners are conducting against Russia. And to the list that is being talked about.

Most readers, it seems to us, have a picture. The list really works and for a long time. The fact that it is published only now means nothing. Those for whom he is a warning, all have known for a long time. Money helps to "find out news before all. "And the result of this work is that the country has less and less trust in the authorities.

More and more often, we hear about these words: "I will vote at least for the hell of the bald, but not for those who are to blame for lawlessness." "I respect Putin for foreign policy, but for me personally he did nothing good." “I want my life to become more stable. And on the drum, our victories are somewhere over there” ...

So, maybe, stop lying not only to us, but to yourself? How many times can you step on the same rake? How many cones need to be filled in order to understand that you cannot win a lie? There is no lie for good! Unless, of course, to consider the death of a patient as a blessing, to which the doctors did not say that he is dying. And the deceased has not finished his earthly affairs for this reason.

And lying as a state policy is a direct way to self-destruction. Give up Raise your hands up and walk with your head in the "Western Paradise" as slaves? Are we Russians or were we just born in Russia?

Ctrl Enter
Noticed oshЫbku Highlight text and press. Ctrl + Enter
We are
Strangulation: the context, conduct and consequences of the American naval blockade of ChinaDay of the heroic Syrian army: the country will overcome the conspiracy
98 comments
Information
Dear reader, to leave comments on the publication, you must to register.