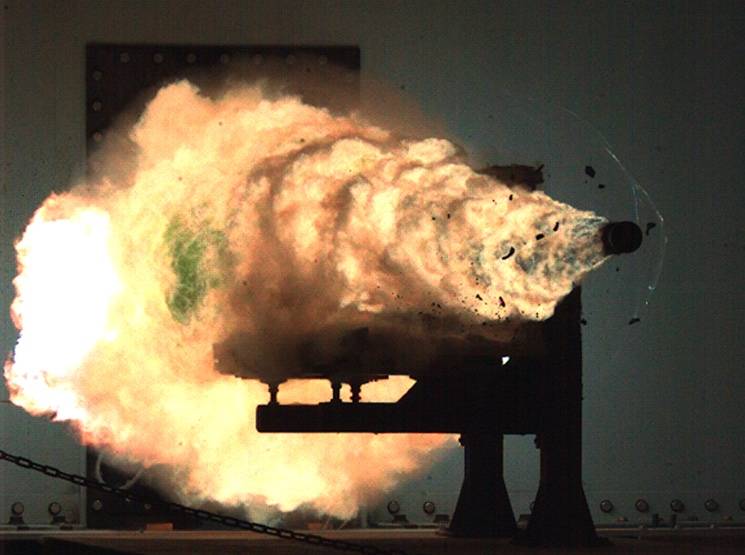 The United States cannot find an application for its new “super-weapon”, the so-called universal guided projectile Hyper Velocity Projectile (HVP). There was already a bummer with a magnetic gun, there are problems with the cost of the product. But this does not bother the leadership of the Pentagon. Now it is going to use this “super-equipment” as a missile defense system. No kidding...

Program Manager Vincent Sabio offers the US Army a “low-cost and effective way” of protecting strategic facilities from ballistic missile warheads, which he says will be largely replaced by modern American anti-missile systems Patriot, THAAD and GBI.

Those are extremely expensive, and therefore they will never be able to intercept any large number of enemy warheads, but if you equip regular army units with new projectiles, this task will be easily solved.

I read all this nonsense and I think: and what else can you think of in order to snatch financing from Congress for your ideas.

Smooth was on paper

The idea of ​​creating a super-long-range, ultra-precise and super-universal projectile on paper looked very beautiful. Ammunition, suitable for use in almost all modern and promising American systems of naval and land howitzer artillery, capable of destroying the enemy’s manpower and equipment at great distances, as well as intercept anti-ship missiles. Its cool.

Almost as cool as the F-35. But miracles do not happen. In the same way as the unfortunate miracle of the American aircraft industry, a promising universal ammunition was initially sentenced to repeat the “success” of its colleague.

An attempt to combine everything and in one product initially imposed very strict technical limitations on it. How can I get a long range? That's right, it is necessary either to push it out of the gun too much, or make it light and streamlined for air flow. And in order to get a very long range, you have to do both at once. 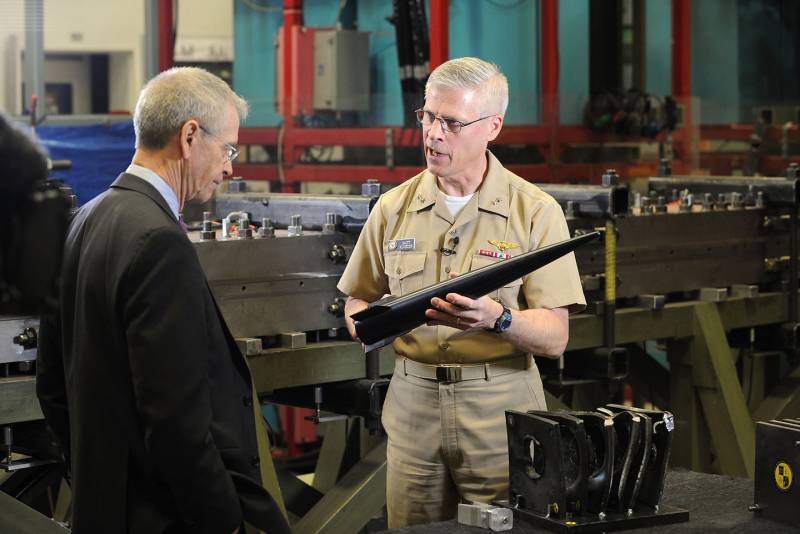 As a result, the Americans received a sample weighing 10-13 kg (the first weight for 127-mm ship guns, the second for 155-mm regular NATO field or "Zamvoltovsky" ship system), which were able to accommodate a maximum 6,8 kg of payload (together with the control system ). True, it is assumed that the high accuracy of the ammunition compensates for all this.

As for me, this is a controversial statement given the widespread use of EW systems throughout the world.

And the distance is important

At the same time, the second “record” parameter, the HVP firing range is also not so outrageous. For field howitzers it will be 80 km, and for naval artillery systems to 130 km. 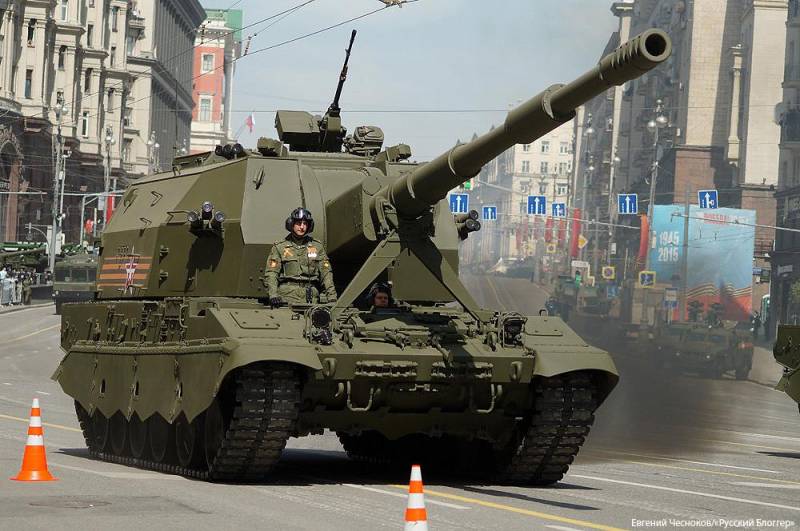 Let us leave aside the ship guns for the time being, and analyze the effectiveness of the new projectile for howitzer artillery. And here I immediately have the first reasonable question: what is outstanding here? New Russian SAU 2C35 “Coalition” is supposed to be equipped with active-reactive ammunition with a firing range of up to 70 km. At the same time, a much heavier “gift” will arrive at the heads of the enemy from the Russian system. And, if necessary, it will also be controlled at the terminal part of the trajectory.

At the same time, it must be remembered that the American artillerymen will be able to shoot accurately and so far only after they replace their guns with longer ones, and, accordingly, will make improvements in other parts of the gun. In general, the new gun is already working, and these are not sickly expenses for the Pentagon’s budget (I can already see how American generals are rubbing their hands), and with a very dubious end result.

Here is a separate conversation. When Congress was asked to approve a program for developing a new universal munition, its estimated cost was 25 000 dollars apiece. Even then, skepticism emerged about the need to use such super-expensive toys.

Today, when the estimated cost of the prospective ammunition (far from final) has reached 86 000 dollars, a significant part of the congress has a question: why is all this necessary?

Driving the savages through various “holes” (in the terminology of Donald Trump), that is, in Africa and the countries of the Middle East, they are already somehow expensive. The creativity of American designers can be envied. In what, and in this they are masters. Speak expensive for the Papuans? Well, what if new projectiles are used as an element of missile defense? Brilliant. What is expensive for gunners is cheap for anti-missile defense. American anti-missiles cost millions of dollars apiece, against which 86-100 thousand dollars are worth nothing.

This is exactly how he presents his brilliant idea of ​​using his “super-equipment” Vincent Sabio. According to his idea, vital objects in the United States and on the battlefield will be guarded by American gunners who will shoot down ballistic missiles with ultra-high-speed and precise shells better than any Patriot. At the same time, the estimated cost per target will be “total” 22 shells.

I just want to say to Vincent: stop, remember the laws of physics! What is a super-high projectile? What are xnumx miles per hour? We are not on Privoz. 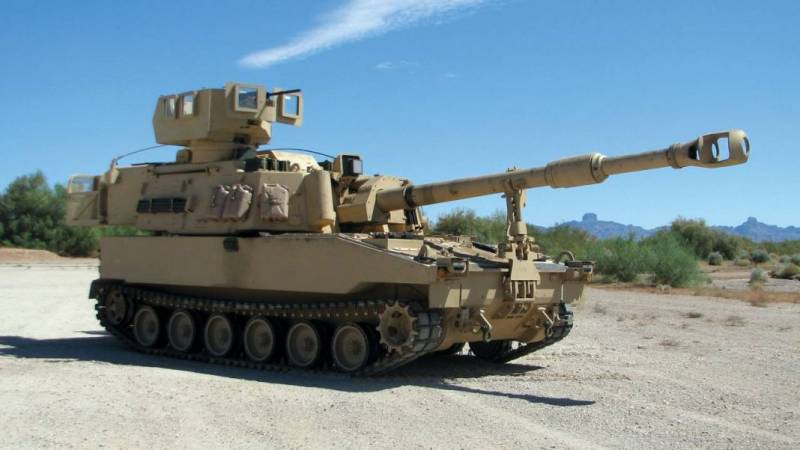 The M109 “Palladin”, even with a new barrel, is not an electromagnetic gun, it is an ordinary ACS that will push a projectile at a maximum speed of 1-1,2 km per second. And it will be at ground level. Already at 10-15 km altitude, the residual velocity of the projectile, which means that its freedom of maneuver will be very weak, and therefore the probability of hitting will be low. But that's not all. In order for the few seconds that the ballistic warhead of the ballistic missile flies on the final part of the trajectory to launch 22 shells, you need an 22 barrel, since their rate of fire does not allow even an 2 shot to be made during this time. Total we have a division.

Yes, I almost forgot. We need several more sets of radar, each of which is at a minimum costing up to 100 million dollars (oh, how the palms of happy American generals are burning). Funny C'mon, it's just flowers. The funniest thing starts, assuming ...

And let's assume that the ingenious American designers managed to solve the problems of an electromagnetic gun. And they even set them around "strategic objects". But here one must have ... the same 22 trunks (no one has canceled the reloading time limit), which, while working simultaneously, will eat 22 * 25 MW of electricity (this is exactly what the Zamvolta will consume if it is created). 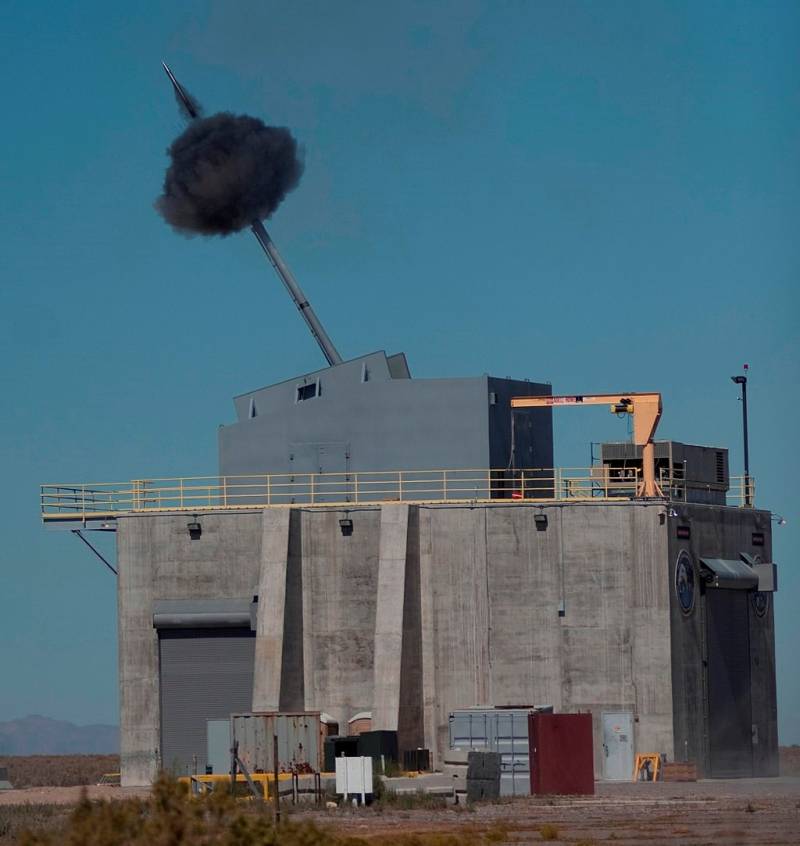 Moreover, such a power to issue when repelling an attack almost instantly (in a matter of seconds) that from a technical point of view is practically impossible task for today.

In total, 550 MW of electricity will be needed, that is, a nuclear power plant unit, a separate substation, and a very complex distribution system will be installed nearby, which, if necessary, cuts off neighboring cities from power consumption and provides the area’s missile defense. And within a radius of a maximum of several tens of kilometers. And I am silent about the cost of 22-like guns. In general, it is already clear that from the point of view of implementation, the idea of ​​Vincent Sabio is complete nonsense.

And we haven't even started testing today. So far we are only evaluating the new American missile defense with a school textbook of physics in our hands.