Do not count the "Diamonds" 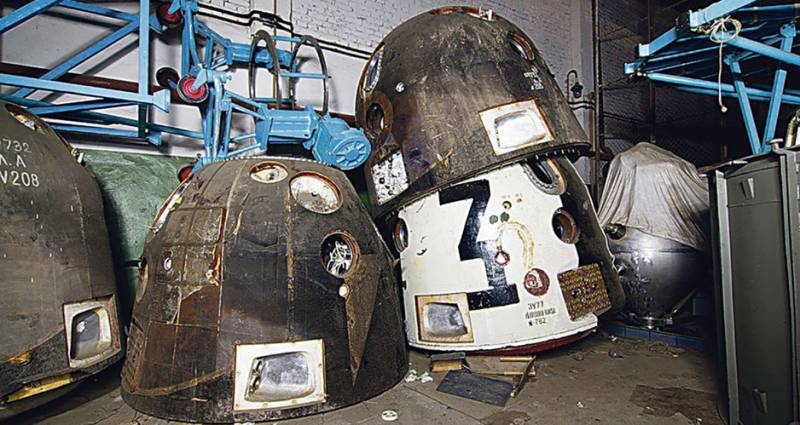 The current state of affairs in the national cosmonautics is of great concern. The reasons are more than enough. A country that has paved the way to space may be on the outskirts of scientific and technological progress. The likelihood of such a scenario, unfortunately, is real. Recent failures and long-standing problems of the industry do not allow to calmly look at the current situation.

The recent publication of American journalist Matthew Bodner, published in Space News, about the prospects for the financial condition of Roscosmos has added fuel to the fire. The author with a fair amount of gloating predicts that after the completion of contracts for launching American astronauts on the Soyuz spacecraft and the termination of procurement of rocket engines for the Atlas 5 PH to 2020, many of our enterprises will be in a critical situation.

Are the colors not condensed, are the readers and the experts misled? Let's try to figure it out.

An American journalist, it must be admitted, truthfully describes things to pay attention to. For example, space carrying, when Russian delivery vehicles are used on a commercial basis when rotating the crews of the ISS. Most likely in the coming years, as new piloted ships are created and completed in the United States, it will gradually disappear. Although today brings a decent income, for the delivery of each foreign astronaut Roskosmos falls about 80 million dollars.

Without embellishment reflects the economic situation in the Khrunichev State Research and Production Space Center - the plant is in debt, as in silk. The fact is that after a well-known series of accidents, the number of orders, including commercial ones, on the Proton-M, the company's main product, has drastically decreased. This year, only four start-ups are planned, of which only one is commercial. And the minimum estimated number of starts to maintain the profitability of the enterprise is six. It affected the reduction of orders and increased competition, primarily from the company Ilona Mask. As a result of these factors, as well as large debts to banks, the new CEO is forced to ask the Russian government to provide Khrunychev financial support in the amount of 30 billion rubles. All hope of the state.

But in the best years of the Center. Khrunichev only proton-M commercial launches carried out up to eight per year, and did everything with 12. Well this is what talent you need to have to squander such a potential!

The situation with the Soyuz-2 PH is relatively good. This universal carrier is used to put into orbit both manned and cargo ships, as well as satellites of various purposes: military, scientific, remote sensing, telecommunication. He performs and commercial missions. What is interesting is that this is the only carrier in the world that has launch pads at once at four cosmodromes - Baikonur, Plesetsk, Vostochny, Kuru. And today, and in the short term, you should not worry about his fate: he enjoys a well-deserved popularity with customers and he has enough work for many years to come.

As for the Russian rocket engines for the USA, there is no particular tragedy in stopping the supply of RD-180 for the Atlas 5 PH. First, purchases of RD-181 engines for the Antares 2 PH will continue, albeit in somewhat smaller volumes. Secondly, on American customers the light did not come together. There is China, which has shown interest in rocket engines of the Energomash plant. It was not by chance that a Russian-Chinese agreement on the mutual protection of technologies was signed. This is a serious legal guarantee against the unlicensed copying of our high-tech products. And third, the mass production of the new carriers Angara and Soyuz-5 will begin, for which mass production of engines RD-190 / 191 and RD-170 / 171 will be required. I want to believe that this is the case for the coming years.

Everyone understands that if nothing is done, the forecasts of the author of the article in the Space News may come true. It is unlikely, however, the leadership of Russia will allow such a development of events. The state must do everything possible not only to preserve what has been achieved, but also to multiply the list of cosmic achievements.

First of all, it is imperative to solve the three-pronged task: to build and test a manned spacecraft of the new generation Federation, to create and launch the Soyuz-5 launch vehicle and build the launch facility for Angara-5 at the East. This is a minimum program, which is given no more than five years. If all three points are completed, the remaining problems, of a much smaller scale, will be solved in working order. And the most important thing is that this reserve will allow the Russian space program not to depend on foreign orders, which will become a financial mapping from the rescue means of enterprises. Although he, of course, will not be superfluous.

Hence the conclusion that in the next five years the financing of the Federal Space Program should go smoothly and in full. Attempts to patch up the state budget due to underfunding of the industry are fraught with chronic lagging behind competitors in the field that critically affects the security and defense capability of the country. The recipe for development is simple - you need to invest in space for large, and not to keep it on a starvation diet. Without full funding and on the old baggage, we somehow will stretch the maximum to the beginning of the 2020-x. But then what shall we do?

It seems reasonable for the benefit of Russian cosmonautics to have two strategic space manufacturers, as in the USA (Boeing and Lockheed), because a certain internal competition should be across the entire spectrum of products. However, no additional costs will be required. With RSC Energia, everything is clear - this is a purely space company, with the Center named after Khrunichev more difficult.

It so happened that in the first post-Soviet years, each survived singly and the engineering engineering NPO that existed at the time was actually divided into two parts: the head enterprise in Reutov and the mass production of Proton launch vehicles in Moscow. The firm, even under its creator Vladimir Chelomey, was conceived as multi-profile, and its products were cruise missiles, ICBMs, RN, military satellites ... As for the space itself, this is the already mentioned Proton and the unique Almaz orbital station for military purposes (“1971– 1975. OS Country Wizards Even today, after almost forty years from a technical point of view, it looks very impressive and modern. Losing this groundwork would be inexcusable waste.

Today, the NPO Mashinostroeniya is part of the Tactical Missiles Corporation. This is understandable, for the task is to create and conduct a full range of tests of the Zircon hypersonic missile and other products of a similar class. But in the medium term (after 2025 of the year), it makes sense to return the NPO engineering, having reunited with the Khrunychev workers, to the womb of Roscosmos. The exploration of the moon will be on the agenda, which will require a concentration of efforts.

Recall history. In part, we lost to the Americans the moon race for the simple reason that there was no single governing center of the program. Korolev worked on his own, Chelomey too. Let's learn from the mistakes of the past.

The only question for Khrunichev residents is relations with South Korea. Why did the collaboration break? In the 2009 – 2013, three launches of the KSLV-1 booster rocket, essentially a modification of the light Angara-1, were carried out from the Korean spaceport. After all, with the ground infrastructure and the ready carrier it is possible to carry out commercial launches in the interests of customers from the countries of South-East Asia.

In short, not everything is so bad, any problem can be solved, if there is will and intelligence. If the Russian government wants to preserve the national space program not in words, but will do it in practice, then the most gloomy forecasts will not come true. I want to believe that the words of Deputy Prime Minister Dmitry Rogozin "The Russian state created and will develop the rocket and space industry" will be filled with concrete content.

As for the publication in Space News about the allegedly saving American orders for us, we can firmly say: the author is only partially correct. I remember an instructive phrase that was once said by a well-known politician Nikolai Bukharin: “Foreign capital will begin to flow to us on a significant scale only when we are stronger”. Translated into the language of the problem touched upon by us, it will be like this: we will not help ourselves - no one will help.