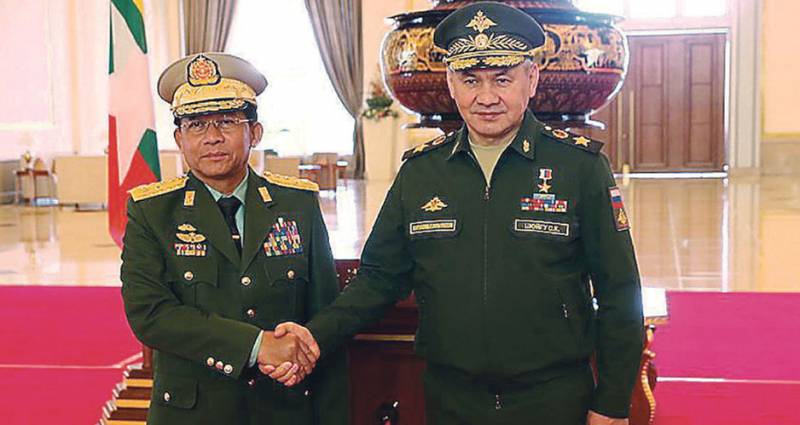 During a working visit to Southeast Asia, Sergei Shoigu visited Myanmar, Laos, Vietnam, and held talks with their military and political leadership. What is Russia's strategic interest in these countries? Colonel General Leonid Ivashov, President of the Academy of Geopolitical Problems, helped to clarify the issue of the “Military-Industrial Courier”.

- In your opinion, Leonid Grigorievich, why did the Minister of Defense go to these countries at that particular time?

- There are several reasons for this. The first and foremost is the complication of relations with the West, primarily with the United States. And we are turning towards traditional partners for the Soviet Union and somewhere for Russia, who are more reliable than Western “friends”. Secondly, as a result of our actions in Syria, the countries of Southeast Asia, like the Arab world, saw some protection for themselves - Russia did not betray, did not abandon its old friend and ally, Syria, despite unprecedented external pressure. Who else can they count on? All Southeast Asian countries are under strong pressure from both the United States and China. A turn in our direction gives hope for a certain independence. At the same Vietnam, relations with Beijing are complicated by the Spratly Islands, although he had not complained about the expansionism of China in the region before. During his visit, Sergey Kuzhugetovich told his interlocutors that Russia is the country that is able to provide them with security. Thirdly, it is time to strengthen our positions, to return to the ocean, to a multipolar policy, not to limit ourselves to our previous orientation exclusively towards the West or China. In this process, small, seemingly, countries serve as important reference points.

What does the agreement with Myanmar mean about the simplified version of the call of Russian ships in its ports? To locate our Navy in the Indian Ocean, we need to have either a powerful naval base like the one we had in Vietnam, Cam Ranh, or at least in the first stage to give our ships serving in the region the opportunity to go for a short time in friendly harbor for refueling, for the rest of the personnel. The more such points, the better.

“But Kamran is waiting for us, what do you think?” 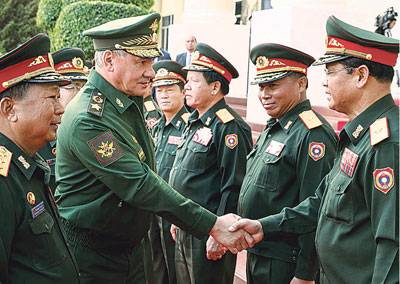 - We will definitely return to Camran. At one time, they did a lot of stupid things, especially when the Sergeyev-Kvashnin tandem commanded the defense department. They left Lourdes, nine months after a very successful visit to Cuba by Vladimir Putin. Gone from Kamrani. These errors are on the conscience of the military. Although it was in the first Putin presidential term that we turned from West to East. Before the visit of Vladimir Vladimirovich, the General Staff just proposed the creation of a network of reference points for fleet, the choice of which the main criterion should be reliability. Then our president made an unexpected visit to Pyongyang, and now it is clear how competent that decision was. Russia managed to launch the Korean reconciliation process. And today we see that it is resuming. The DPRK has taken the initiative of an active rapprochement with South Korea.

- How is it that the General Staff insists on expanding the fleet-based network, and the Ministry of Defense eliminates the existing bases?

“Both in Cuba and in Vietnam we were offered extremely favorable terms.” At the end of 90's, I participated in the negotiations to resume our presence in Vietnam and saw with what hope both the Vietnamese and the Lao looked at us. When Igor Sergeyev was the Minister of Defense, we almost agreed to return to Cam Ranh, Laos and Lourdes. But when the Defense Ministry was headed by Sergei Ivanov, who did not see the point in foreign bases, we almost broke up, even with the minimal presence that we had in Syrian Tartus. This policy came from Foreign Minister Andrei Kozyrev, now living in Miami: we de better to be friends with the States than with all these small countries. Just because I did not share this point of view, I was removed from the post of the head of the Main Directorate of International Military Cooperation with the wording: I hinder my position with the development of close cooperation with the United States.

- Which countries would you recommend to Sergey Kuzhugetovich for the next working trip?

- It's time to fly to Latin America. He was already there, now it is time to consolidate. I understand that Lourdes is hardly possible to recover, but Cubans are ready for such negotiations. We need to work actively with Venezuela, with Nicaragua. Our relations with other countries of South and Central America depend on how we interact with them, whether we can significantly improve their security and stability, whether we can protect our presence from American audacity. We will show ourselves - and we will line up the same queue for meetings and signing agreements with the Russian leadership, which we see in the Arab Middle East. And in any case you can not forget about India.

- What benefits, besides expanding our presence in the world, does Russia receive from such visits? 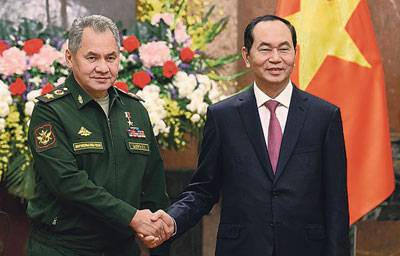 - Under the sanctions, with a severe impact on our defense complex, we must expand our capabilities to sell weapons and military equipment to support the defense industry. Vietnam, Laos have a huge amount of our, still Soviet military equipment - obsolete, but it is there as a system, which is very important. In the same Myanmar, twenty of our MiG-29, now the next stage - are delivered Su-30, combat training Yak-130. Surely followed by service contracts, ammunition, radio navigation support. Let contracts and modest - 400 millions of Myanmar, but if such orders go around the world, our "defense" even under conditions of sanctions pressure will receive funds and development opportunities.

- As I understand, the negotiations are about selling new types of weapons. Here we are strong, which can not be said about the maintenance of sold equipment. Does Russia have prospects in this direction?

- During the time of Rosvooruzhenie, we faced major military and political problems. Those of Vietnam, Laos, asked for ammunition, the production of which we had already discontinued, wanted to deploy a car factory in our company in order to produce the UAZ-469, and especially GAZ-66, that were so much loved. Similar problems - the maintenance of the available Soviet technology - arose among the CIS countries. There was a huge number of requests from Syria, from Egypt - carry out modernization, organize the supply of components, but all this was perceived against the background of trade weapons like an insignificant little thing. But the field of activity is extensive and profitable. The need is obvious, there is demand, but there is no organizational structure that specifically would deal with this. Oboronexport, which used to be at Rosvooruzheniye, could somehow solve these issues, you yourself wrote about it quite recently (“Repair vs. Patriotism” - Ed.). Today it has become a big problem. In those countries where we do not have supplies of new weapons now, we could start with the modernization of the Soviet equipment they have, and there would be a turn to sell the Russian ones. This will give both income and, most importantly, respect.

Ctrl Enter
Noticed oshЫbku Highlight text and press. Ctrl + Enter
We are
A great interview with Sergey Lavrov: about Ukraine, Obama and IranMilitary reform as an integral part of the security concept of the Russian Federation: Systematic dynamic assessment
12 comments
Information
Dear reader, to leave comments on the publication, you must to register.