KnAAZ talked about plans for the current year 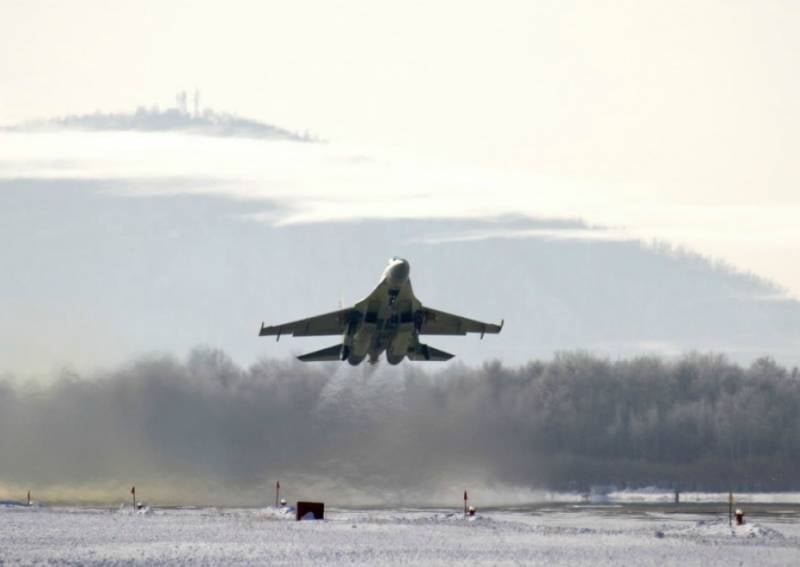 Last year KnAAZ handed over to the Russian military ten Su-35 and four Su-27CM, which were modernized.

This year, the implementation of the state defense order and the provision of equipment for the Russian HVAC will continue. In the coming year, we must put in the Ministry of Defense ten Su-35 and six modernized Su-27CM. According to the PAK FA program in 2017, we completed the production of flight samples of the T-50 of the second stage, handed over three machines to the customer for testing, preparing for the production of the installation batch. The program is extremely important and promising for us
Bocharov said in Khabarovsk at the board at the Ministry of Industry and Transport.

In addition, according to him, in 2017, "in Komsomolsk-on-Amur, ten Su-35s were made and handed over to the People's Republic of China, and in 2018, the neighboring country should receive a final batch of ten of the same machines."

Rosoboronexport along with Sukhoi and UAC continue to work with customers, and, according to Bocharov, the plant will soon receive another major foreign contract.

In 2017, 30 Sukhoi Superjet 100 aircraft kits were manufactured; in 2018, the release of the same batch is planned. Gross production in 2017 amounted to 60,3 billion rubles, of which the vast majority is the share of the military aviation technicians. The enterprise has undergone a deep reconstruction and modernization; at present, KnAAZ is working with the KLA on the issue of reloading the machining production under the programs MS-21, Tu-160 and Tu-214,
told the deputy director.

Ctrl Enter
Noticed oshЫbku Highlight text and press. Ctrl + Enter
We are
The engine of the second stage for the PAK FA brought to ground tests
36 comments
Information
Dear reader, to leave comments on the publication, you must to register.