US will continue to buy lasers for the Navy

January 30 2018
29
The US military continues to purchase and test combat lasers. According to the portal navaltoday.com, the command of the US Navy ordered the Lockheed Martin corporation to assemble two laser systems with a total value of about $ 150 million.


Two High Energy Laser and Integrated Optical-dazzler with surveillance system (HELIOS) laser systems must be supplied the fleet in 2020. One of them will be installed on the destroyer type Arleigh Burke, the second - in the ground test center. If the laser systems satisfy the requirements of the military, the contract will be expanded to another 9 combat lasers (the total amount will be $ 942 million) 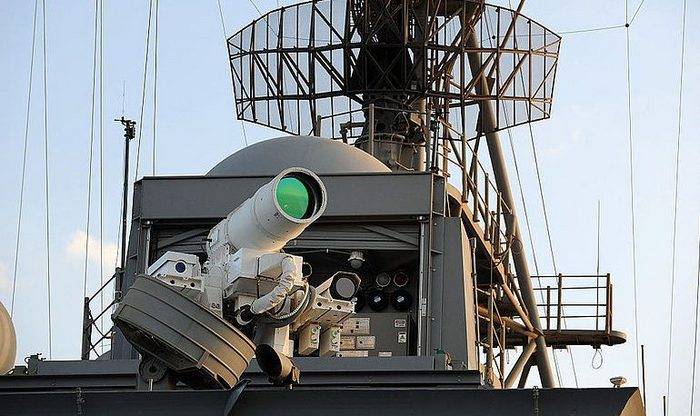 According to unofficial information, the power of the first two laser systems will range from 60 to 150 kW. At the same time in the military department indicate that the prototypes of laser weapons must hit various objects, as well as “blind” the reconnaissance equipment on drones.

Earlier, the US Department of Defense ordered a new generation LaWS laser machine for the fleet - this year it will arm the USS Portland transport dock (LPD 27), after which LaWS will pass the next test phase, reports "Warspot"
Ctrl Enter
Noticed oshЫbku Highlight text and press. Ctrl + Enter
We are
Weapons are prohibited. Part of 7. Blinding Laser Weapon
29 comments
Information
Dear reader, to leave comments on the publication, you must to register.