The Russians expressed their opinion about the most significant battle of the Great Patriotic War.

January 30 2018
65
VCIOM publishes data survey Russians dedicated to the upcoming 75 anniversary of the victory in the Battle of Stalingrad. The study contained several questions, one of which was: “Which events of the Great Patriotic War, in your opinion, were crucial for the outcome of the war?” Each of the respondents could name three of the most important, in his opinion, events of the Great Patriotic War.


The result is as follows: 55% of respondents called the key event the Stalingrad battle, 47% - breaking the blockade of Leningrad, and 43% called the Kursk battle and the battle of Moscow. If to compare with the results of the previous similar survey (2010 of the year), then the first three events, according to the Russians, have changed somewhat. So, in 2010, the breakthrough of the blockade of Leningrad was not included among the respondents as one of the most important events for the outcome of the war. Moreover, 8% of respondents spoke out for the significance of the Stalingrad battle of 68 years ago. 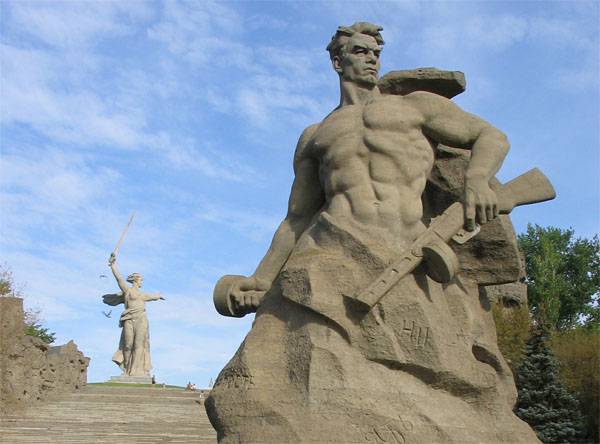 Results:
1 venue - Provide more hours for lessons stories at the school devoted to the theme of the Great Patriotic War (69%);
2 place - regularly conduct tours of places of military glory - both for schoolchildren and for adults (63%);
3 Place - Introduce memory lessons in educational institutions (57%).

On the question of whether people will take part in the celebrations marking the 75 anniversary of the defeat of Hitler's troops in Stalingrad, if such celebrations take place at their place of residence, "rather, I will accept" 65% of respondents answered. And 27% stated that they would not take part "more likely". The rest of the answer difficult.

Ctrl Enter
Noticed a mistake Highlight text and press. Ctrl + Enter
We are
Report on the results of the survey-2013 "Evaluation of state political figures"
65 comments
Information
Dear reader, to leave comments on the publication, you must to register.