In Dagestan, began checking the combat readiness of the motorized rifle formation

January 30 2018
5
Units and controls of the motorized rifle formation of the 58 th Army Arms Army stationed in Dagestan are alerted as part of the combat readiness test, reports RIA News message of the press service of the Southern Military District. 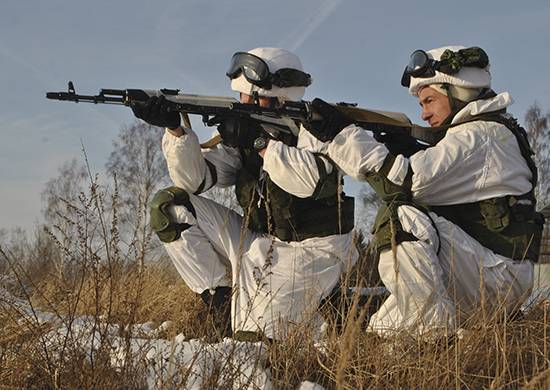 It is reported that the test is conducted under the leadership of the commander of the 58 th Army Armed Forces of the Southern Military District, Major General Yevgeny Nikiforov.

The exercise, which will last until February 2 of the current year, attracted over two thousand troops, about 300 units of military equipment were involved,
says release.

It is reported that "the military will have to march to the area of ​​the fulfillment of training and combat missions at the Dalniy range, where they will work out the issues of preparation and conduct of military operations."

During the nomination to the training site, the military also aviation conditional adversary, overcoming infected areas in the conditions of use by the adversary weapons mass destruction and electronic suppression ", added the press service.

Ctrl Enter
Noticed oshЫbku Highlight text and press. Ctrl + Enter
We are
Sudden verification of the combat readiness of the Northern Fleet, ZVO and Airborne Troops
5 comments
Information
Dear reader, to leave comments on the publication, you must to register.