January 30 2018
102
In Kiev, an oath of oath was taken by representatives of the organization "National Squads", created on the basis of the battalion "Azov", reports RIA News. 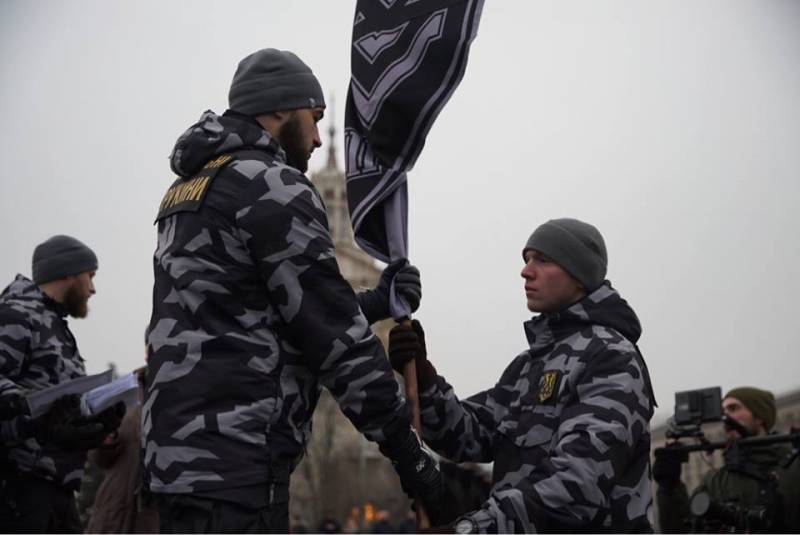 On the “National squads” page on Facebook it is reported that they were created “with the aim of maintaining order on the streets of Ukrainian cities”.

It is noted that members of the organization "are not afraid to use the Force to establish the Ukrainian Order on the streets." 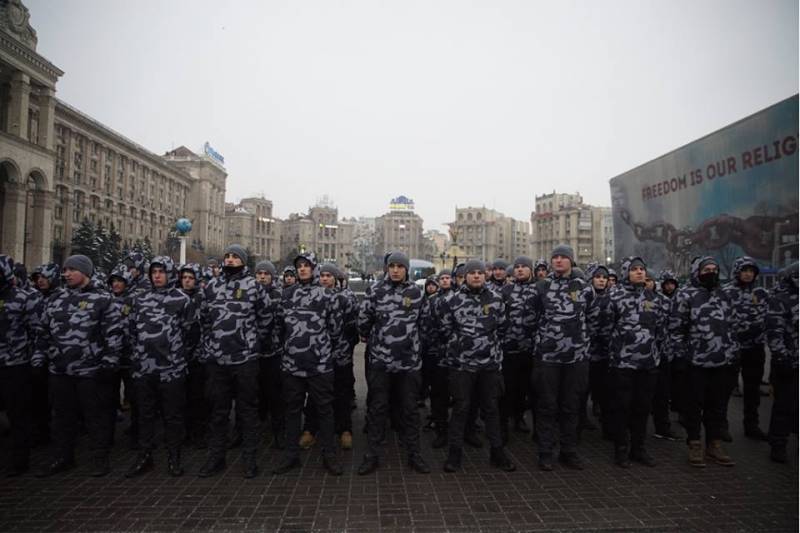 The nationalists explained that such a procedure differs from the usual "domination of the Ukrainian nation, which the oligarchs will not oppress."

The leaders of the "squads" said that "volunteers will patrol the streets for free, in cooperation with the police." However, in the case of inaction of law enforcement agencies, the “warriors” will refuse to coordinate with the authorities and will act independently. 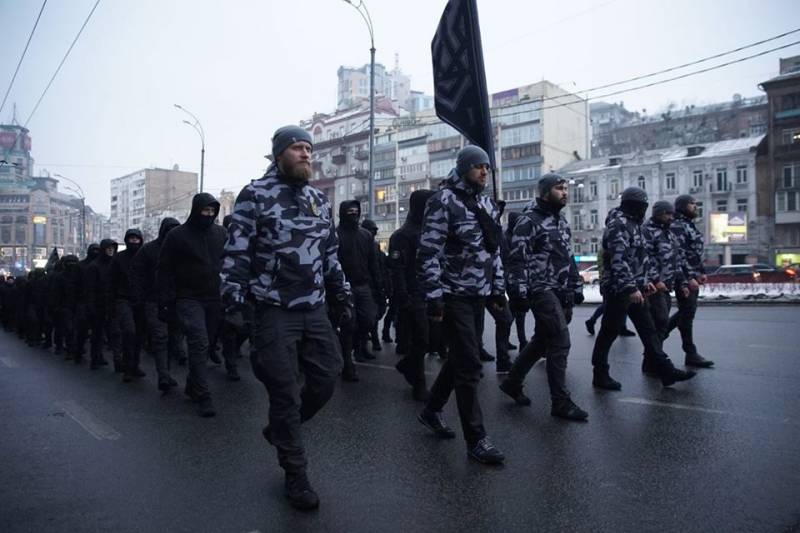 They also claim that the organization was created and exists “with donations from businessmen,” and the majority of its members are former combatants in the Donbas. 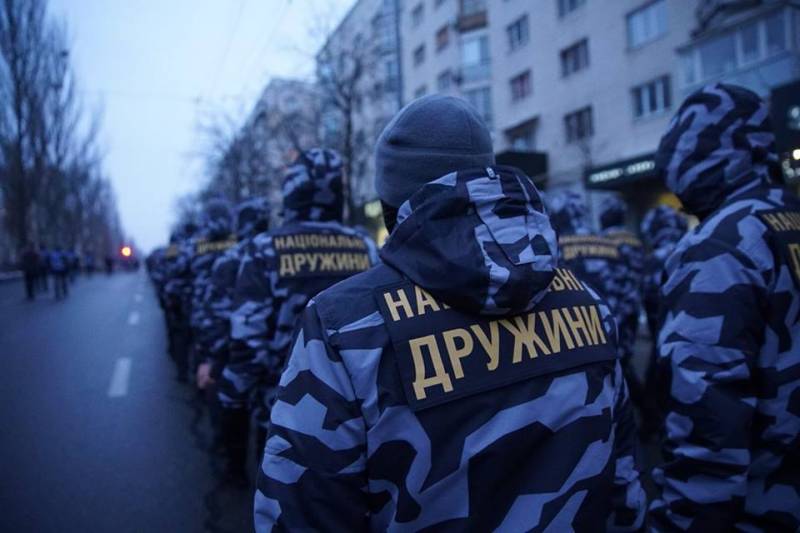