January 30 2018
259
The so-called "Kremlin report" has been published in the United States - a list of people who are close to the Russian leadership, who may fall under the new restrictive measures of Washington. The document will be promulgated in accordance with a law signed six months ago by US President Donald Trump, suggesting the expansion of a number of sectoral sanctions against the Russian economy. US Ambassador to Moscow John Huntsman stressed that the publication of the report does not mean the automatic imposition of sanctions against the persons indicated in it. 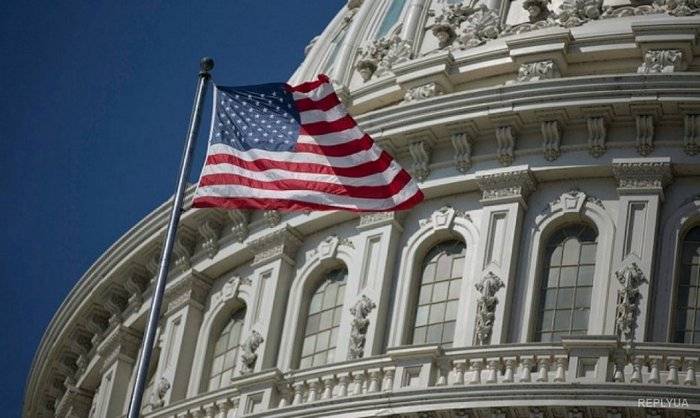 It includes 210 people: 114 politicians and 96 businessmen. According to the authors of the report, the list of political figures and oligarchs was compiled according to objective criteria taken from public sources.

Thus, the document turned out to be the entire leadership of the Russian government, including Prime Minister Dmitry Medvedev.

The “Kremlin report” also included all the vice-premiers, except Yuri Trutnev.

The list included the SVR director Sergey Naryshkin, the special representative of the president Sergey Ivanov, the secretary of the Security Council Nikolay Patrushev, the first deputy minister of defense, the head of the General Staff Valery Gerasimov, the head of the GRU Igor Korobov, the deputy secretary of the Security Council Rashid Nurgaliyev.

Also in the "Kremlin report" were St. Petersburg Governor Georgy Poltavchenko, Moscow Mayor Sergei Sobyanin, Prosecutor General Yury Chaika, head of the Investigation Committee Alexander Bastrykin, director of the FSO Dmitry Kochnev, director of the FSB Alexander Bortnikov.
In particular, the list included all the leadership of the presidential administration, including the press secretary Dmitry Peskov.

The document also includes representatives of the president in government.

The list also includes the so-called oligarchs, by which the Ministry of Finance implies entrepreneurs, whose wealth, "according to reliable sources," is no less than a billion dollars.

In addition, Russian companies got there with an income of over two billion dollars a year and with a state participation of at least 25%.

In addition, the Ministry of Finance has also prepared the secret part of the "Kremlin report": those who occupy the positions below those mentioned in the unclassified part, or have a fortune of less than a billion dollars, could get there.

Member of the Russian Federation Council, Vladimir Dzhabarov, commented on the "Kremlin list" as follows:

The inclusion of almost the entire leadership of the Russian Federation in the "Kremlin list" of the US Treasury speaks of the "actual break" of relations between the two countries. The answer, of course, will be. And he will be worthy. They are absolutely not commensurate with what is accused of Russia

Such actions by the United States as the "Kremlin report" threaten relations between countries, said Deputy Chairman of the State Duma Committee on Foreign Relations Alexei Chepa ("Fair Russia").

This is another step that really leads to tensions ... This is a very, very serious step. Such actions of the United States, they will gradually bring exactly to such decisions

Ctrl Enter
Noticed oshЫbku Highlight text and press. Ctrl + Enter
We are
259 comments
Information
Dear reader, to leave comments on the publication, you must to register.