What threatens Washington fall in the dollar

January 30 2018
84
Experts believe that the fall in the dollar in the future threatens the global economic domination of the United States. 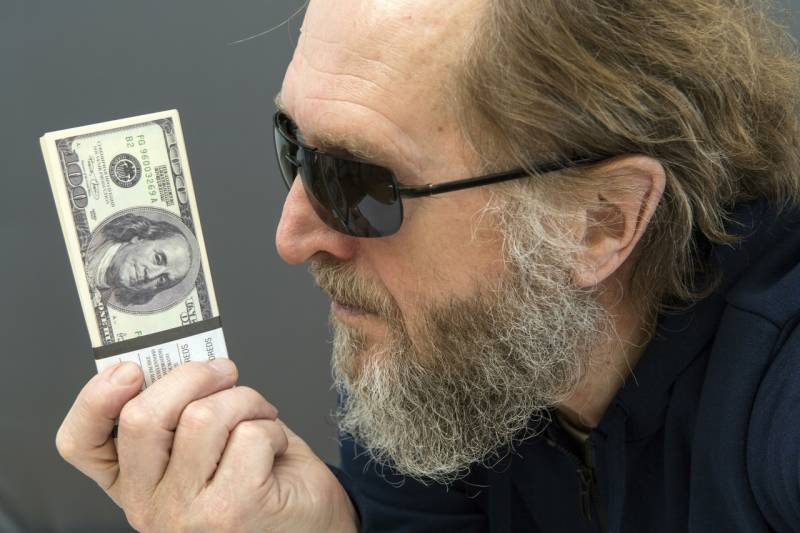 While the dollar has not come down from the pedestal: it remains the most significant key currency in the world. And yet he is weakening, analysts write “Manager Magazin”. Yes, US officials claim that weakening the dollar will benefit domestic exports, but in the long run, weakening the home currency will undermine confidence not only in the US creditworthiness, but also in the entire American economy. Mr Trump and his associates in the White House may lose the economic benefits that the States still enjoy, notes "InoTV".

As Henrik Muller believes, the situation is changing before our eyes: the dollar is falling rapidly. Since Trump took office, the US dollar has lost 18% against the euro. And what is the White House doing? The Trump administration is reacting to the decline in the national currency rate “recklessly and contradictory,” the analyst believes. The US Treasury Secretary agreed that a weak dollar was in Washington’s interests. It is very strange: after all, until now the US government has certainly insisted on a strong dollar: the status of the key currency depends on such!

Chaos and confusion was added by Trump himself. He suddenly refuted the cheerful statement of his own minister and informed the public that he wanted to see a "strong dollar." Moreover, Trump suddenly declared that the dollar ... is growing stronger.

Henrik Muller considers such statements by the American president "fake the news", Because you need to" take into account real data. "

The political hype around all these events is adventurous, the columnist believes. It is accepted that the governments of the states do not participate in the questions of the change in the exchange rate: the statements of the leaders may sow panic. In addition, the endless currency fluctuations are a bane for the economy.

Muller recalls 1930's. In those days, the economies of large states waged a trade war. Result: disaster, the Great Depression. Then the United States managed to create a relatively reliable international system of currency regulation. Trade conflicts have been resolved since then under the General Agreement on Customs Tariffs and Trade (later via the WTO).

The current United States, we add, is ruled by an upstart, which does not understand at all in the international monetary system and its regulation. All his decisions are built more on nationalism, that is, on an extremely narrow vision of all situations. What is being done is that in the short term (during the Trump years) it can be beneficial to America. In the future, these trampy do not look: do not know how. As a result, Mr. President’s financiers are in favor of a weak dollar and pursue a real policy in this direction, and Trump broadcasts another lie on the air, designed not to calm the world, or to excite (it’s tricky to understand).

In the near future, the United States is likely to gain from tramponomics, but in the medium term, and even more so in the long run, will lose.