Fight for Yugoslavia on the diplomatic front

January 31 2018
12
What to do when your country is the strongest global players are torn to pieces, and in the only power that could be a friend and support, everything is not so simple? If you are an ordinary soldier, then your path is clear: to fulfill your duty in accordance with the charter. If you are the head of the country, then you have to not only lead the resistance, but also think about political steps. And if you are a diplomat of your country in this very power, where everything is not so simple, you need, while advancing the interests of your Motherland, try to seek interaction with the state in which you are in the service ...


Such an experienced and wise diplomat, a representative of the fraternal country, was Borislav Svetozarovich Milosevic. Five years ago, he went where he never returned, so there is reason to remember this man, who did a lot for the friendship between Russia and - then still existing - the Federal Republic of Yugoslavia. Between the Russian and Serbian people, as well as the Montenegrin people, whose representative he was himself. 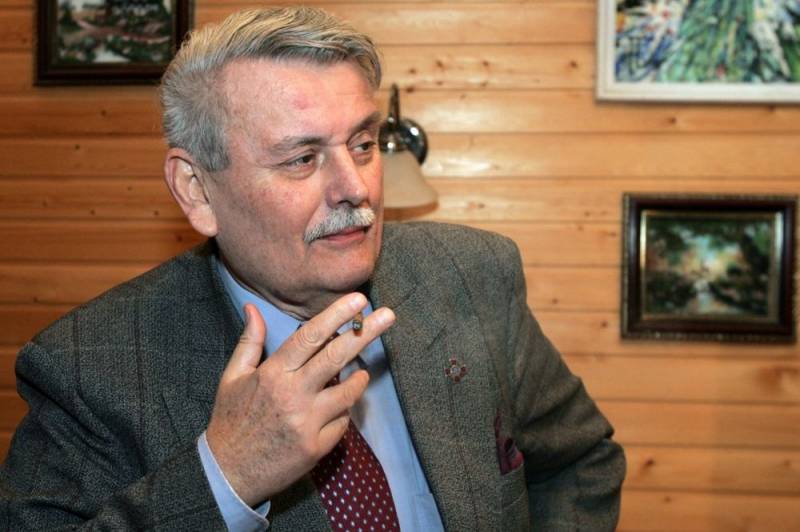 Yes, now Montenegro, unfortunately, has gone to NATO, and the Serbian leadership is pursuing a controversial policy. However, among ordinary Serbian and Montenegrin citizens, an extraordinary attitude towards Russia prevails, which many still see as their older brother. And the Serbian leadership cannot but reckon with this - relations between Moscow and Belgrade are, on the whole, quite good. Serbian power, even the way it is now, is in no hurry to join the European anti-Russian hysteria. And in many respects it is the merit of that leadership of Yugoslavia, which was before the October 5-6 coup of the 2000 of the year (and earlier - that maintained relations with the USSR).

The future diplomat 8 was born on July 1934 in the Kingdom of Yugoslavia, in the city of Niksic, in a clan that originates from the Montenegrin village of Lieva-Reka. His father Svetozar was a clergyman, as well as a teacher of Russian and Serbo-Croatian languages. His mother, who was called Stanislav, was a convinced communist.

The war began with the Nazis. Yugoslavia was occupied. The family moved to the Serbian city of Pozarevac. Borislav's parents assisted the partisans. In Pozarevac, Svetozar and Stanislava had a second son, Slobodan, who would later be destined to lead the country in its hardest time. Thus, the elder brother considered himself a Montenegrin, and the younger - Serb.

In 1969, Borislav Svetozarovich became an adviser to the Yugoslav embassy in the Soviet Union. Since he was fluent in Russian, during the visit of the SFRY leader Joseph Broz Tito to the USSR he served as his translator, including at a meeting with General Secretary Leonid Brezhnev.

In the Soviet Union, the diplomat worked until 1974. Returning home, became an employee of the Ministry of Foreign Affairs. In 1985, he was sent to Algeria as ambassador extraordinary and plenipotentiary. After 1989, he worked in the representative office of the foreign trade company Inex in Paris.

Thus, when Borislav Milosevic became the ambassador of Yugoslavia in Moscow in 1998, there was already a considerable amount of diplomatic experience behind him, he knew three languages. In no case can one say, as claimed by some evil tongues, that he was appointed to this high position only because he was the brother of the president.

And the work did not promise to be easy. Especially if you remember what happened before in Yugoslavia and that in Russia ... It was a period of destruction of both strong countries. The global power - the Soviet Union - suffered a defeat in the Cold War, which could not but affect all the countries of Eastern Europe. The regional power in the Balkans - Yugoslavia - was also destroyed with the direct intervention of external forces. And only Serbia and Montenegro remained together at that time, as part of the Federal Republic of Yugoslavia (this was no longer the country that had previously been, but its surviving fragment).

So, if you remember how then Yeltsin Russia belonged to the former ally of the USSR, - unfortunately, there was no question of any fraternity. “Diplomacy” of Yeltsin’s associate Andrei Kozyrev, supporting all the anti-Serb and anti-Yugoslav resolutions, is still remembered by many as a shameful phenomenon. And those who came to replace Kozyrev were hardly better.

And in these conditions, it was necessary to establish ties between the FRY and the Russian Federation. Such connections, which are possible in this situation. And Borislav Svetozarovich developed bilateral relations.

In 1999, ominous NATO aircraft appeared over the cities of Yugoslavia. The younger brother - Slobodan - defended the country in Belgrade, and the eldest, Borislav, fought for her in Moscow. His position has always been firm, clear and reasoned. He treated his service wholeheartedly. He not only served as ambassador extraordinary and plenipotentiary, but also began to speak in the press, on Russian TV.

... I remember September 2000 of the year. Last days before the coup in Belgrade. Then I went with one like-minded person to the embassy of the Federal Republic of Yugoslavia, on Mosfilmovskaya Street. We did not expect to see Borislav Milosevic there - we just hoped to express our support by meeting with those employees who we found there. And it was Sunday. But Borislav Svetozarovich was at his workplace. And, although this trip to the embassy was even without a specific goal - a purely emotional impulse - he received us very hospitably. I served coffee. And he told that in the days of the NATO aggression against Yugoslavia, ordinary people often approached him, thanked and wished the country victory and peace.

A few days after that, the power in Belgrade fell under the onslaught of the pro-Western coup d'état. For some time after that, Borislav Milosevic remained an ambassador, although it was clear that this was not for long. The road to his homeland was ordered to him in those days - the whole family was subjected to harassment and persecution.

After his resignation, Borislav Milosevic remained in Moscow. He worked as an economic adviser in several Russian companies. But he was not silent, but continued - in the press, on television, wherever he could - to defend his country, to tell the truth about the NATO aggression, about the plight of the Serbs in the occupied province of Kosovo and Metohija. And, of course, to defend his younger brother, who broke one of the other fake accusations at the neo-fascist court in The Hague. It was very difficult for Slobodan to die in prison. Then he had his first heart attack.

We saw him many times after that. We worked on the book “Russian Wreath to Slobodan Milosevic,” which was published in the spring of 2007. He wrote articles on the situation in Serbia and Montenegro in many publications, continued to speak on television, sometimes arguing with those who claimed that the Serbs deserved their fate. Yes, there were such. He also worked on his own book called “Balkan Rift” (unfortunately, it came out in small editions and became a rarity). He defended by his word the surviving prisoners of the Hague Tribunal. In addition to the situation in the Balkans, he spoke on other important issues of world politics, thus continuing his personal battle with the US regime and the bloody NATO bloc.

Shortly before his death, in the fall of 2012, Borislav Milosevic arrived in his native Montenegro. Alas, his health was already deteriorating. 29 January 2013, he died in Belgrade, where he was urgently taken to hospital.

He was a man who until the end remained a patriot of his country - suffering, harassed, tortured ... He became a symbol of friendship between the Slavic peoples. And in the hardest time was on the front. At the forefront of the diplomatic front, where he made a huge contribution to the defense of his homeland.

Ctrl Enter
Noticed oshЫbku Highlight text and press. Ctrl + Enter
We are
Results of the week. “In our cooperative, the board is always agreed”Results of the week. "God forbid to see Russian revolt, senseless and merciless!"
12 comments
Information
Dear reader, to leave comments on the publication, you must to register.