When will Putin strike?

January 31 2018
367
What to hide: we are waiting for a new decisive step from our commander in chief in response to the sanctions of the United States and the West and the Olympic humiliations of Russia by the American special services and lawyers under the auspices of the IOC and WADA. After the reunification of the Crimea and Debaltsevskogo boiler in the Donbass, Russia is in deaf defense, however, and does not retreat from the occupied positions. But in the defense of the battle not to win, so the question arises: when will Putin inflict the next counterstrike on the Western "humanists" and "peacekeepers" who have lost their conscience? 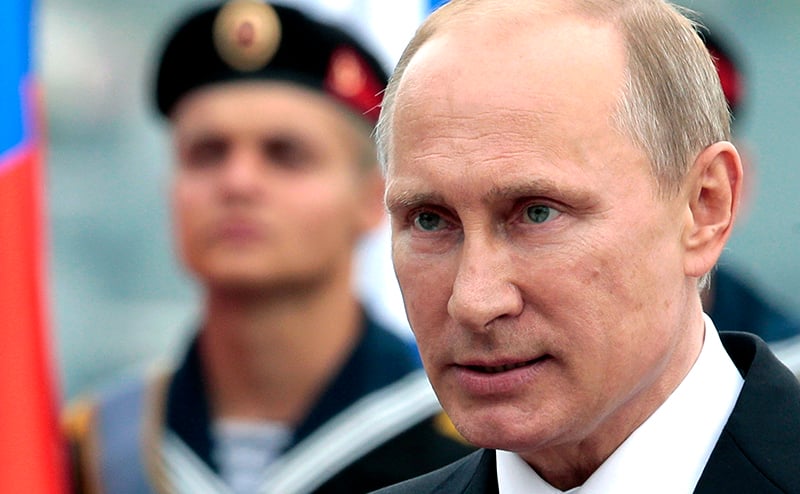 I remember that one Western colleague of Putin, who conducted negotiations with him, gave Vladimir Vladimirovich such a characteristic: Putin makes only obvious moves when it is impossible to do otherwise, therefore the decision-making process is delayed. Putin seeks to act for sure, so he must know exactly the consequences of the decisions taken, and postpones them until all the circumstances are clarified, but, having made a decision, he acts without reflection. Therefore, there will be no reflections of Russia neither across the Crimea, nor across Donbass, no matter how the West would achieve this.

It can be said, a bet on the power of the natural course of events, which the writer Leo Tolstoy saw in Field Marshal Kutuzov. By making an ally the natural course of events, as if coordinating your actions with it, you get a decisive advantage, you become invincible. Putin succeeds in winning situations by playing with “weak cards,” Western analysts say. Yes, Vladimir Putin did not lose a single outwardly domestic political battle for 17 years ...

Recall the beginning stories with the Crimea. Putin during the Olympics in Sochi in 2014, responding to a press conference on the question of the February events in Kiev, said: “They started earlier ...” Russia needed to respond to Washington’s concrete actions to establish its puppet, and Nazi-Bandera power on Ukraine. Then, apparently, it was decided on the Crimea that the American sailors did not appear in Sevastopol, Putin said about this a little later. That is, Moscow knew about Washington’s plans to create a military base in Crimea, as in Kosovo, where the largest military base in the region, “Blue Style”, is located under the puppet roof of the local junta.

Today, Vladimir Putin, apparently, is again waiting for Washington to start a new aggression, waiting for where and how it will start, in order to calculate the options and choose one of them. The attacking enemy is unwittingly revealed, and one can understand where his vulnerabilities are, in order to inflict an exact counterstrike, as in the Crimea.

It’s not a fact that the United States will be able to push its Kiev puppet into the attack on the Donbass, although the Bandera’s law “on reintegration” - war, supplies weapons and much more speak in favor of this scenario. There is, for example, tension around North Korea’s nuclear program.

In general, there is no need for Russia to rush, the import substitution program is not yet complete, and Putin is just waiting for Washington to “start again.” And Washington is forced to hurry. Former US Vice President Joe Biden, clearly closer to the domineering American backstage than Barack Obama with Hillary Clinton, they have already gone into the shadows, made a loud statement recently, citing the Pentagon’s opinion: the United States has a maximum of four years left the world. Therefore, the United States is in a hurry, but Russia and China have no hurry.

In fact, Washington and Moscow are now connected by only one communication channel, Volker - Surkov. The work of the diplomatic mission of Russia in the United States is blocked, the new US ambassador to Moscow, Huntsman, likewise, complains that he is not accepted at the highest levels of the Russian authorities. It is unlikely that Volker and Surkov speak only on the Ukrainian issue, and in general, one should not attach great importance to the agreements that were allegedly reached at these negotiations. How they were achieved - so they will be derailed.

If the United States and Europe didn’t care about the Minsk agreements, and didn’t think to carry them out from the very beginning, hiding behind the allegedly “uncontrollable” Bandera regime, what’s the point in concluding other agreements with them, for the same “peacekeepers” in Donbass? To conclude any agreements with the United States and Europe today is meaningless, you need to follow their hands and specific actions. Inquire about these specific actions, and to warn about any consequences, and the operational link Volker - Surkov is intended, apparently.

When and how Washington will “start again,” we will learn in an obvious and explicit way, just as we learned about the coup d'état in Kiev in February of 2014. Then Vladimir Putin will inflict, he will have to deliver another blow, realizing that there is no other way, and understanding the consequences of the decision made.

As for Ukraine, it is much more important to us than North Korea. In principle, the strategy on Ukraine has long been developed and applied: for Russia, any military solution is not acceptable, as Putin said, we will not allow "crush the Donbass", but we will not "liberate" Ukraine. Europe promised Ukraine Euro-associated prosperity, so we also want to see it.

Moscow is just waiting for the West to plunder its Bandera replica to the ground. To prevent this, in any case, it cannot: any “liberation” that our “riflemen” dream of will lead to the same destruction as in Syria. Therefore, the option of looting Ukraine by the West, up to the removal of all roundwood and black soil, is preferable.

The Law on the Anti-Corruption Court, controlled by the West, the United States and Europe want to "dispossess", remove from power and property, the last Ukrainian oligarchs, as the "Austrian prisoner" Dmitry Firtash, accusing them of corruption, so that Western TNCs will start direct plunder of Ukraine, allegedly anti-corruption law. We are waiting for a fascinating spectacle, and Russian entrepreneurs will be able to see for themselves what fate they have in the West.

Perhaps the Kremlin hopes that the Ukrainian defeat of the oligarchs has a beneficial effect on our business circles, in the broad sense of the word. As if the natural “anti-corruption” course of events in Ukraine, as well as new sanctions by the US Congress, could lead to the voluntary “nationalization” of socially irresponsible Russian major entrepreneurs.

Ctrl Enter
Noticed oshЫbku Highlight text and press. Ctrl + Enter
We are
Russian Olympians clamped down, and in the Kremlin "deeply" regretResults of the week. "Everything! Kina will not be! Electricity is over! ”
367 comments
Information
Dear reader, to leave comments on the publication, you must to register.