The US State Department called the direction of the next portion of sanctions against the Russian Federation. This direction is actually connected with an obstacle for Russia to carry out transactions with foreign partners in the framework of the arms trade.

From the message of the official representative of the US State Department:
Russia will thus no longer receive income from the arms trade and will not be able to use this income to continue its campaign of destabilization. Sanctions will be lifted only if Russia stops destabilizing actions. 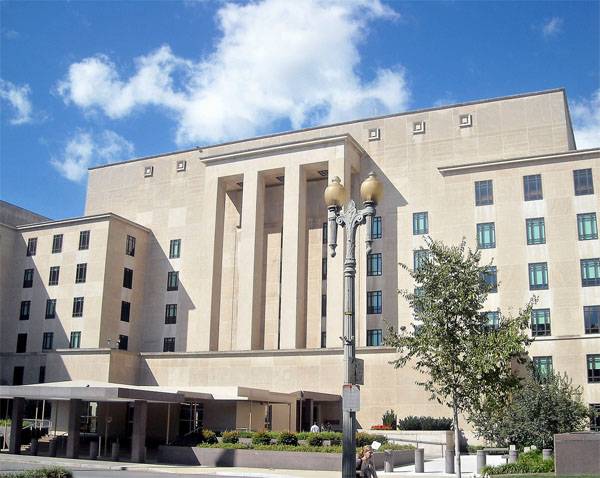 RIA News cites a statement submitted by the US Department of State:
Foreign governments and private sector companies have been notified, both publicly and privately, including, as appropriate, by high-ranking State Department officials and other US government officials, that significant transactions with listed Russian entities will lead to sanctions.

Additionally, it is stated that the imposition of sanctions is associated with “violation of human rights”.

There is a typical American desire to eliminate a competitor on the international arms trade market using loud words about the protection of rights and freedoms.

Ctrl Enter
Noticed oshЫbku Highlight text and press. Ctrl + Enter
We are
Project "ZZ". 2018 News of the Year: “bad guys” from Russia will be punished in January
38 comments
Information
Dear reader, to leave comments on the publication, you must to register.