How do fakes work? On the example of the case in the Republic of Kazakhstan

January 30 2018
46
The term "fake news" with the filing of US President Donald trump has become virtually an integral satellite of the modern information space. If a few years ago the very notion of the deceitful News in the mass media was mainly attributed to the so-called “yellow” (“tabloid”) publications, nowadays very large information sources, including even news agencies and television channels, also sin with such publications.


And fake fake strife. There are relatively “harmless” publications, when a particular author makes a mistake while processing an array of information, and a false grain appears in the publication. However, this can hardly be called a fake, because a real fake is a conscious thing. Its authors are consciously trying to mislead a certain part of the public in order to get a certain kind of dividends from publication.

Is it easy to recognize a published fake? In fact, sometimes even people who have been cooking for decades in the media environment and, it would seem, can easily isolate a false post against the background of truthful information can not recognize it. The reason for the difficulty is that the creators of fakes in the modern media environment are not people "from the street". These are professional staff, often employees of large media themselves, who either generate or broadcast untrue information of the most diverse nature, including economic and political.

How does this machine - many, unfortunately, have experienced. And taking into account the fact that modern media space is not only the media, but also dozens of different social networks, where any information is multiplying exponentially, the fake news that has experienced the effect becomes more and more in our world.

Why is this so "multi-letter" entry? And in order to evaluate the “practical” examples - examples of what goals are pursued by modern fakykomety in the Global space.

So, a concrete example of today.

The Republic of Kazakhstan. The beginning of January. In the segment of social networks in Kazakhstan, a note appears that gangs of false testimony showed themselves in the republic, which allegedly go home and offer to undergo a medical examination "on the spot" for free. Of the services offered - taking a blood sample for a rapid test for blood sugar levels. Allegedly, in fact, these fake medics introduce a deadly virus into the body of citizens, which ultimately leads to dire consequences for human health, even death. This note, using all kinds of instant messengers, began to spread throughout Kazakhstan, “informing” more and more new users. Having heard horror stories about the “gang of infectious agents,” mothers began to write more often refusals to vaccinate children, the elderly - to refuse to take tests at home to mobile teams of doctors and local doctors. 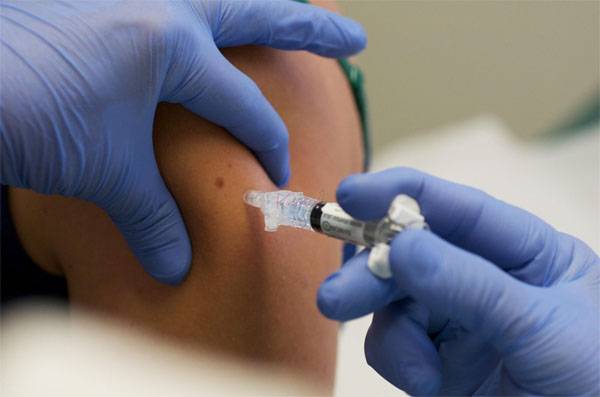 The informational (or rather, misinformational) stream has taken very impressive forms. It got to fouling with additional "nuances" from the series - "now it will be even worse." The situation had to comment on the press service of the Ministry of Internal Affairs of the Republic of Kazakhstan. Through the media of Kazakhstan, the Ministry of Internal Affairs reported that the information contained in the distribution list has nothing to do with reality. No "gangs of false testimony" in Kazakhstan, either now or previously identified.

The Department of Information of the Ministry of Internal Affairs noted that not a single crime described by means of social networks and instant messengers was committed in the republic.

Thus, it can be stated that a certain person (a group of people), consciously launching a fake on the Web, has already achieved its goal: people have been sown with the grain of doubt as to whether, for example, it is safe for children to make all the necessary vaccinations - won't it happen that the doctor’s place would be “a gangster in a white robe who will deliberately give a lethal injection”. Is it safe to open the door to the district doctor ... It is very difficult to refute fakes. But to erase from the media environment, oh, how difficult. Despite the fact that even the Ministry of Internal Affairs of Kazakhstan reported lies, the survivability of the fake was extremely high. Why? And because feykomety and even experienced psychologists - have found the place where in the disinformation plan to strike, in order to catch up with the fear of a large part of the gullible population.

What could lead to such a stuffing in the network? Yes, to the most serious consequences. Take at least the most complicated situation of measles in Ukraine. The Deputy Minister of Health of Ukraine provided the media with data on the basis of which it can be found out that 600-800 cases are recorded weekly in the country. Only from the beginning of the year - 1285! And since the beginning of the outbreak - already 8 deaths. It became known that measles "is trying" to go beyond the borders of Ukraine - there appeared relevant confirmed data on dozens of sick people in Poland.

And it is precisely against this background that the very fake horror story about “killer doctors” appeared in Kazakhstan, which introduce “incurable diseases” either when visiting people at home, or directly in clinics. As the well-known TV presenter says: “Coincidence? I do not think. This is a targeted blow, calculated on the fact that the population has a level of confidence in medicine (which, frankly speaking, is already small) will sink to the bottom, and that a person in a white coat will be perceived almost as a precursor of the "hellish torments" .

Another example of a fairly tenacious fake of recent years: the Defense Ministry allegedly is about to increase the service life of an appeal. The effectiveness and feasibility of a one-year or two-year service life of a conscript is a separate conversation. In this case, it is precisely the stuffing that is being discussed that immediately spawned new rumors: they say, now the “conscripts” will serve almost 30 months. Psychology worked here: many parents of future draftees did not check the veracity of such publications in dubious groups of social networks, but they began to actively “post” this fake, as if “warning others about the danger”. Psychology is that a person is more likely to believe in the most impudent lie than in an official report or release. Although there is still a question of people's trust in official reports and releases ...

There are a lot of examples of fakes, including a megaphone from officials, called the "Powell test tube" ... The millions of victims of this fake must come in dreams to all those who spawned it, including the former US Secretary of State. But do they come? ..

And another question: aren’t modern fakes in the media the descendants of what has been at all times, such as the search for an excuse to start an armed conflict? As a confirmation, there was an information session with the attack of the alleged Poles on a German radio station (the well-known Gleuitsky incident) with the transmission of the anti-German conscription in Polish.

In general, fakes are not just misinformation. weapons. This is a special tool both of waging war and their initial unleashing. At the same time, the result of a false injection in the Web may be such that it changes the entire geopolitical landscape depending on the scale of the lies in order to generate it.

Ctrl Enter
Noticed oshЫbku Highlight text and press. Ctrl + Enter
We are
Ukrainian fake news: In the DPR, retirees are forced to dig trenchesProject "ZZ". Moscow votes for Clinton!
46 comments
Information
Dear reader, to leave comments on the publication, you must to register.