January 29 2018
20
The volume of the portfolio of military orders in Russia and India is now more than $ 4 billion, said Deputy General Director of Rosoboronexport JSC Sergey Goreslavsky. 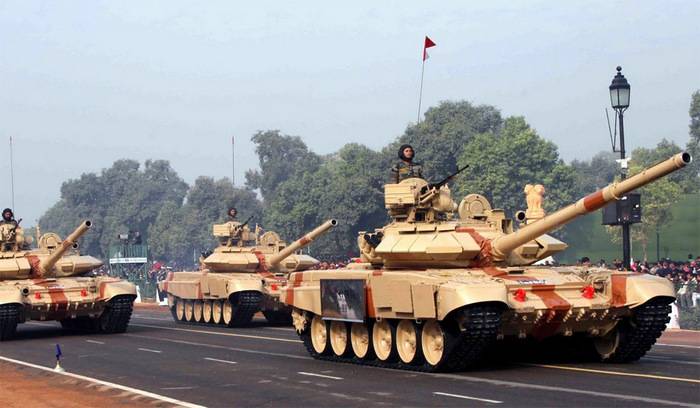 Over the years of cooperation, the total volume of deliveries between Russia and India amounted to more than $ 65 billion, while the order book for today exceeds $ 4 billion
- said Goreslavsky at the presentation of the photo album "Russia - India, milestones of military-technical cooperation."

According to him, история military-technical cooperation of Russia and India has nearly six decades.

This cooperation began with a modest episode of the transfer of two Il-14С aircraft in the "Salon" version to the Indian government by the head of the Soviet state. It developed dynamically and today, within the framework of a strategic partnership between the two countries, it shows the widest variety of forms and types of relations: the supply of military and dual-use products, the organization of joint ventures, the licensed production of weapons and military equipment, and the conduct of joint research and development [research and development works] by perspective types weapons
- noted the deputy general director of Rosoboronexport.

Earlier, Goreslavsky said that now Russia and India are conducting 100 research and development work in the defense sector, reports TASS

Ctrl Enter
Noticed oshЫbku Highlight text and press. Ctrl + Enter
We are
Sergey Chemezov: Rosoboronexport is steadily increasing sales of military products
20 comments
Information
Dear reader, to leave comments on the publication, you must to register.