January 29 2018
10
Self-propelled anti-tank missile systems "Chrysanthemum-S" will arrive in 2018 for service with the artillery of the Eastern Military District in Buryatia, the press service of the district reports.

In 2018, the delivery of a batch of self-propelled anti-tank missile systems "Chrysanthem-S" was planned to the artillery unit of the Eastern Military District, deployed in the Republic of Buryatia
- Reported the press service. 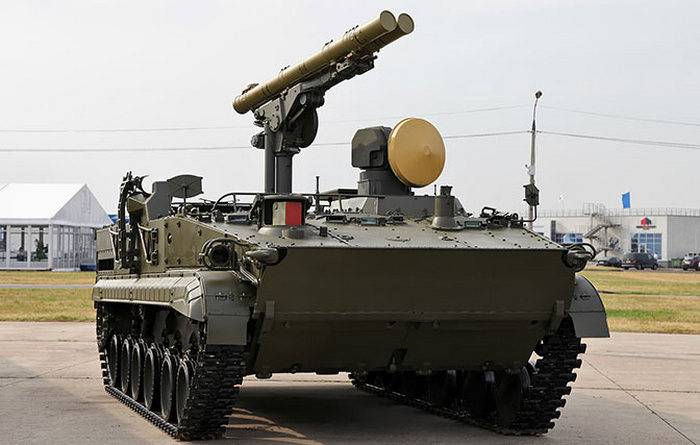 Earlier, Valery Kashin, the general designer of the NPK Design Bureau of Mechanical Engineering (KBM), said that the Chrysanthem-S self-propelled anti-tank missile system would be modernized, the relevant developments already exist. Also, the company completed state testing of the modernized combat vehicle of the complex "Chrysanthemum-S", which is equipped with modern television telescope Belarusian production.

They noted that the new sight, developed by JSC "Peleng" (Minsk, Belarus) according to the technical specifications of KBM, showed high reliability and accuracy of guidance compared to the sight, which was used earlier. Prior to that, the sighting system of Ukrainian origin was used in the Chrysanthemum-S.

Due to the presence of an additional laser targeting system of anti-tank missiles, the operator can fire at the same time at two different objects using different channels of aiming
- added in the district.

Complex "Chrysanthemum-S" is designed to defeat modern as well as promising tanks any type, including those equipped with dynamic protection. "Chrysanthemum-S" is equipped with its own radar station, which provides for the detection and tracking of targets with simultaneous guidance of the missile upon guidance. The process of maintenance and management is carried out automatically without the participation of the operator.