Armored "Tiger" tested in the mountains of Central Asia

January 29 2018
14
Russian armored vehicles "Tiger" have proven themselves during many years of operation in the Russian armed forces. For example, during an operation in Syria, cars released in Arzamas saved lives of our fighters and the Syrian army soldiers more than once.


It is not surprising that domestic armored vehicles cause considerable interest among foreign security officials who are not averse to adopting such equipment. 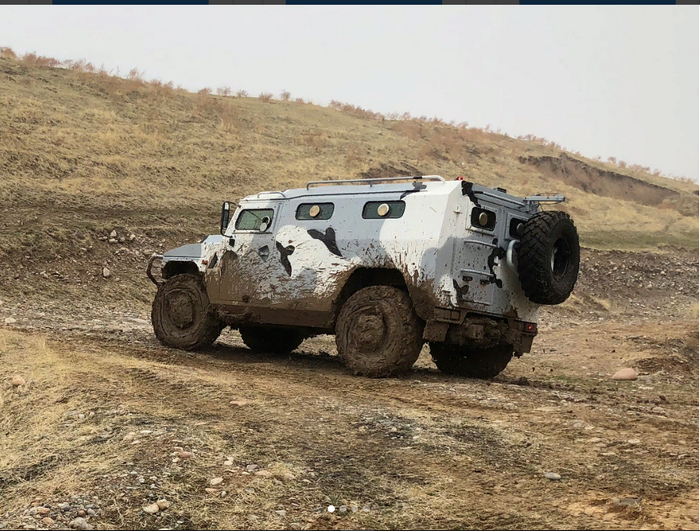 The Instagram of the “Military Industrial Company” describes the testing of the SBM VPK-233136 “Tiger” armored car in “one of the countries of Central Asia”.

As a test site acted, including, Tien Shan. It is reported that all declared characteristics have been confirmed. Judging by the posted illustrations, not only the driving performance of the car was checked, but also the reliability of its protection. Thus, the 7,62 × 54 mm bullet could not penetrate the bulletproof glass with an embrasure.

The Tigre has automatic fire extinguishing equipment, it is possible to install air conditioning systems and other special equipment, which will allow the armored car to effectively perform counter-terrorism tasks, RG-Sil reports

Ctrl Enter
Noticed oshЫbku Highlight text and press. Ctrl + Enter
We are
Internal Troops of the Ministry of Internal Affairs of Russia are rearming
14 comments
Information
Dear reader, to leave comments on the publication, you must to register.