January 29 2018
8
Corporation Lockheed Martin announced the transfer to the British military department of the upgraded BMP Warrior 2 in the number of 8 units, reports bmpd with reference to Jane's Defense Weekly. 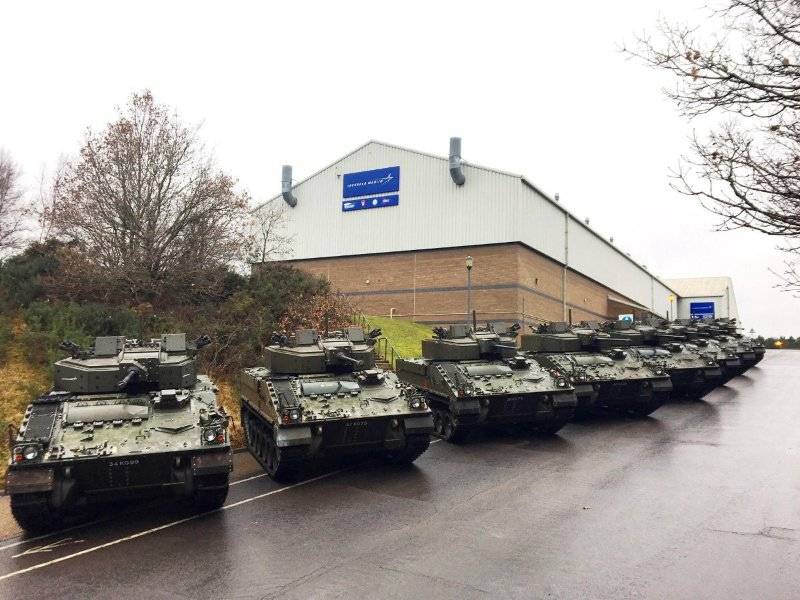 It is reported that "all eight vehicles entered the testing program at the armored test center of the British Army Armored Trials and Development Unit (ATDU) in Dorset."

"Of this number 245 linear and command vehicle will be upgraded to the level of Warrior 2 for routine Warrior Fightability Lethality Improvement Program (WFLIP), providing for the installation of a new tower with 40-mm automatic cannon CTA International CT40 with telescopic ammunition and equipment clock fire control system" - says the material.

The R & D contract for the WFLIP upgrade program worth 200 million pounds was awarded to Lockheed Martin UK on 2011 on a competitive basis, serving as the developer of the tower (which is carried out by capital reworking of the standard Warrior BMP tower).

It is noted that the cost of upgrading 245 machines under the WFLIP program was previously estimated at 642 million pounds, but in fact could exceed 1 billion pounds. Serially upgraded BMP Warrior 2 should begin to arrive in the combat units in the 2020 year.