Syria: another attempt to advance the world

January 29 2018
10
In Sochi, should open the Congress of the national dialogue of Syria. This will be another attempt to establish a dialogue between the government of the UAR and the opposition. 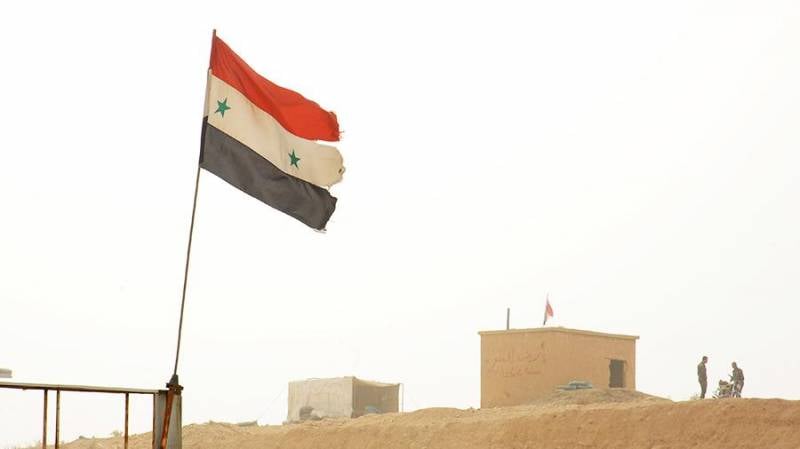 Usually, the word "opposition" when it comes to Syria, you have to write in quotes - most often it refers to terrorists, including members of radical organizations, such as (banned in the Russian Federation) "Jebhat an Nusra" and "Islamic State "As well as heaps of other groups, which differ little from these forces. Which also cut, kill, blow up ... In this case, we can say that the Congress in Sochi will participate real opposition - those who do not bombard peaceful neighborhoods, do not blow up schools, do not arrange mass bloody reprisals. Who really struggles with political methods.

To participate in the Congress, Russia invited Syrians of various political views, representatives of various organizations, around 1600. But the radicals of all stripes will, of course, simply not go to such a meeting. This is where the radical opposition is separated from the moderate - something that Washington failed to do, despite its promises. Radicals are left behind, moderate go to Sochi.

Representatives of the UN, member states of the Security Council, and countries of the Middle East, including Iran, Iraq, Lebanon, and Egypt, were invited as observers to the event. UN Special Envoy for Syria Staffan de Mistura announced his participation. UN Secretary-General António Guterres, through the press of his press secretary, Stefan Dusarric, welcomed the upcoming talks in Sochi.

“The Secretary-General is confident that the Syrian National Dialogue Congress in Sochi will be an important contribution to the revived internal Syrian negotiation process under the auspices of the United Nations in Geneva”,
- said Dyuzharrik.

Indeed, the long negotiation process in Geneva has so far led to little. Then Russia made a proposal to hold a national dialogue congress on its territory - in the hope that, at last, the matter would somehow move. We prepared very seriously for the event. A broad meeting is planned at which the draft of the future Syrian Constitution will be discussed and on its basis the holding of general elections.

There are, however, external players to whom the world in Syria is unprofitable by definition. At first glance, they continue to reduce the entire problem to the identity of the legitimate Syrian President Bashar Al-Assad. At first, this leader was demonized to an extreme degree, and now parts of Syrian society are being imposed the idea that his overthrow will solve all problems. In fact, this is not just a figure of President Al-Assad. Through the struggle with the individual is a struggle with the sovereignty and integrity of Syria. Moreover, it is a struggle for the right to decide who is the boss in the Middle East - the West or the people themselves living in the region.

As if in response to the upcoming Congress, the so-called “group of five” put forward its “plan”. Essentially, this ultimatum: if the Syrians accept it, then perhaps the world's leading players will come down to help with the restoration of everything destroyed during the war.

The "group of five" includes the United States, Britain, Saudi Arabia, France and Jordan. Unfortunately, the first four countries from this list were the most active instigators of the Syrian war (along with them, Turkey, as well as Israel, which was supposedly formally standing aside). Jordan, however, also did not stand aside - from there the terrorists in the province of Daraa received weapon and reinforcements, thousands of Islamist mercenaries came from all over the world.

So, according to Al Mayaden, this “Pyaterochka” developed a document that was submitted to de Mistura. It deals with the following requirements:

- Syria is turning into a parliamentary-presidential republic;
- A new state system of the CAP provides for decentralization;
- Reforms in Syria are under external control.

Only under such conditions the West and its allies in the East agree to help the Syrian people to restore the destroyed. Even if Syria does it all, it’s hard to wait for real help (and most likely it’s just naive).

Apparently, under the influence of these countries, part of the Syrian opposition, which at first was not against participation in the negotiations, said that it would not go to Congress in Sochi. This is the so-called. Syrian Negotiating Committee (UPC). The head of this entity, Nasr Al-Hariri, argues that such a decision was made during participation in the negotiations in Vienna.

As was to be expected, the US allies were able to split one of the influential opposition groups from the dialogue process. It was impossible even to suppose that these countries would not even try to harm the event being held at the initiative of Russia.

A controversial situation arises with the Kurds. The Russian side invites them, believing that without them it is difficult to conduct a dialogue on the future of the SAR. Russian Foreign Ministry spokeswoman Maria Zakharova said Kurdish representatives will participate in the Congress.

“We give just political parties, the opposition, including the Kurds, all the opportunities, providing infrastructure, and our political influence on the situation. We provide them with special opportunities so that they start talking about the fate of their country ",

"A huge number of players did everything to ensure that Kurdish representatives did not come there."

But representatives of the so-called “Federation of Northern Syria”, for their part, argue that Russia did not send them an invitation to Sochi, and the position of Turkey is to blame. Most likely, in this case, the very "players" that Zakharova was talking about act. It’s not for nothing that since the start of the Turkish military operation “Olive Branch”, the anti-Russian propaganda has been promoting the so-called “betrayal” of the Kurds by Moscow. Statements that the Kurds were not invited to the Congress are most likely from the same series.

About any betrayal of Russia Kurds out of the question. First, official Moscow, like official Damascus, opposes the Turkish military operation Olive Branch. Secondly, Russia has always stood for the territorial integrity of Syria. Third, it is not the Russian Federation, but the United States made thousands of promises to the Kurds.

The upcoming National Dialogue Congress is seen as a step towards peace. All the foul-smelling games — the “plan of the five,” and the pressure on part of the Syrian opposition so that it does not go to Sochi, and the anti-Russian statements made by individual Kurdish representatives — are aimed at undermining the negotiations. There is nothing surprising in this. Those who wish to stay in Syria without the will of this countrywho declares that will remain even after the defeat of the "Islamic State" - do not want any peace and no dialogue.

Ctrl Enter
Noticed oshЫbku Highlight text and press. Ctrl + Enter
We are
Reports from the militia of New Russia for 27-28 September 2014 of the yearResults of the week. "Well, do not change me because of every idiot!"
10 comments
Information
Dear reader, to leave comments on the publication, you must to register.