January 28 2018
30
Indian authorities have announced a competition for the conversion of 5-kilometer sections on four high-speed routes as a runway for combat aircraft, reports RIA News. 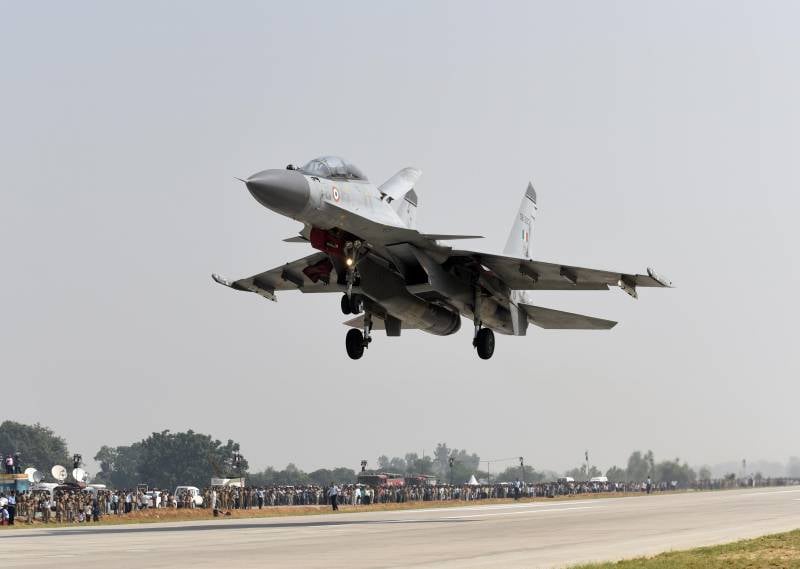 “The plan for future work will include the construction of technical equipment for emergency landing, including new pavement, construction of large and small bridges, culverts, road intersections, traffic intersections, drainages and so on. In addition, the contract includes commitments to eliminate defects for a period of four years, ”says the release of the National Highway Administration of the country (NHAI).

Refurbishment work must end within a year. In total, the government allocates billion rupees to 1,5 (about $ 23,5 million) for these purposes.

According to the ministry, the modifications will be subjected to highways in the states of Rajasthan, Tamil Nadu and on the union territory of Puducherry.

Ctrl Enter
Noticed oshЫbku Highlight text and press. Ctrl + Enter
We are
As part of Vladimir Putin’s visit to India, a number of large MTC contracts are expected to be signed.
30 comments
Information
Dear reader, to leave comments on the publication, you must to register.