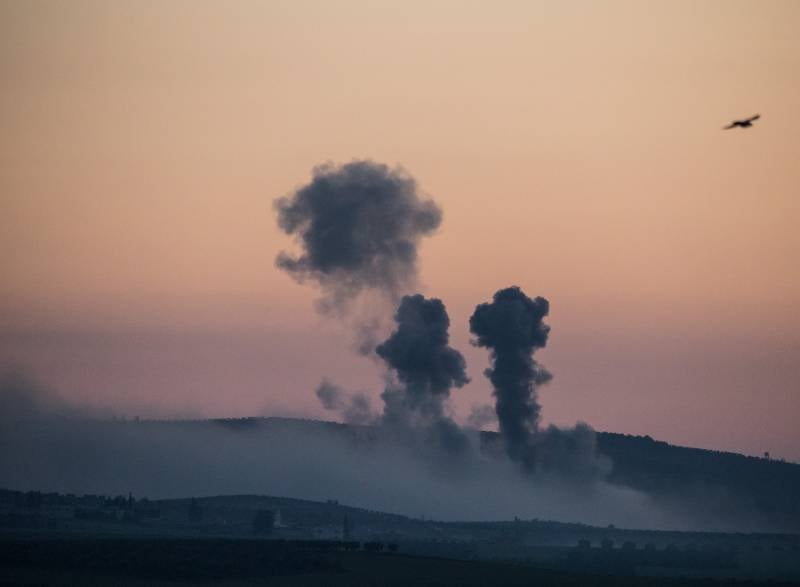 It is reported that the operation "continues as planned."

According to Anadolu, at the present time, fierce fighting is taking place in the area of ​​Mount Bursay in the north-west of Afrin. As the newspaper notes, the Turkish city of Kilis, which has repeatedly been subjected to rocket attacks from Syrian territory, is clearly visible from this mountain.

Recall that on January 20, the Turkish authorities announced the launch of Operation Olive Branch against the Popular Self-Defense Forces and the Democratic Union Party in Afrin, where about 1,5 million Kurds and refugees from other areas of Syria live. Official Damascus strongly condemned Ankara’s actions, pointing out that Afrin is an integral part of Syria.

Ctrl Enter
Noticed oshЫbku Highlight text and press. Ctrl + Enter
We are
“Idlib Gadyushnik” and Afrin as a cruel lesson for Moscow and Damascus. Defense secrets of YPG and Erdogan’s vile planTurkish General Staff: Turkish Army launches Operation Olive Branch in Afrin
48 comments
Information
Dear reader, to leave comments on the publication, you must to register.