Vyatrovich explained why Tsoi and Vysotsky are dangerous for Ukraine

January 28 2018
72
Director of the Institute of National Memory of Ukraine Vladimir Vyatrovich explained his words that the musicians Vladimir Vysotsky and Viktor Tsoi are “dangerous” for Ukraine, reports RIA News. 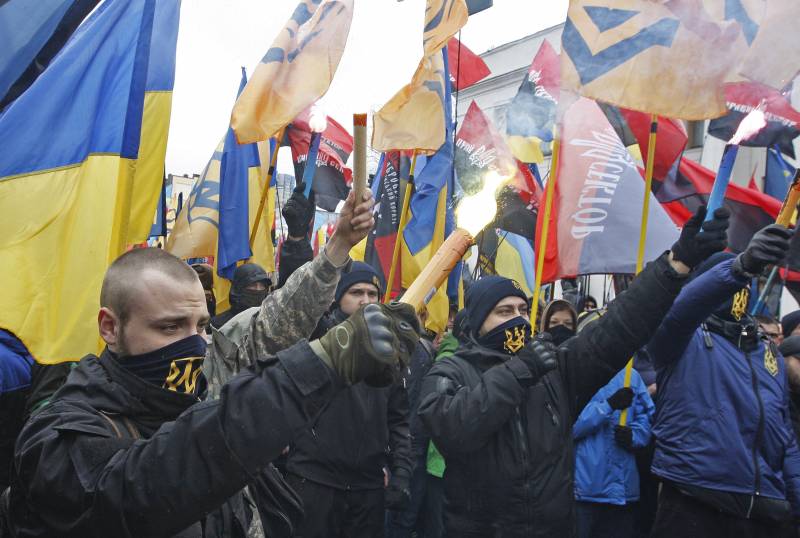 The discussion about the possibility of Russia using a certain cultural figure of the past brought it to the side: who can or cannot be banned, and if so, whom,
wrote Vyatrovich in his Facebook.

He noted that "he did not propose banning either Tsoi, Vysotsky, or anyone else, except those who now openly support Russian aggression."

I repeat: you just need not forget how they can be used,
Vyatrovich stressed.

According to him, "the inscription on the pack of cigarettes" Smoking kills "is not a ban on smoking, but a warning about the possible consequences."

Earlier, the director of the institute of national memory called Vladimir Vysotsky, Viktor Tsoi, the writer Mikhail Bulgakov and other cultural figures "cute tentacles of the Russian world," saying that they are dangerous for Ukraine.

Vyatrovich is known for his active Russophobic position. So, he already called on citizens of Ukraine to completely stop communicating with relatives in the Russian Federation, and also offered to recognize the whole period of Ukraine’s stay as part of the USSR as an “occupation”.