Who was the orderly in the Red Army? 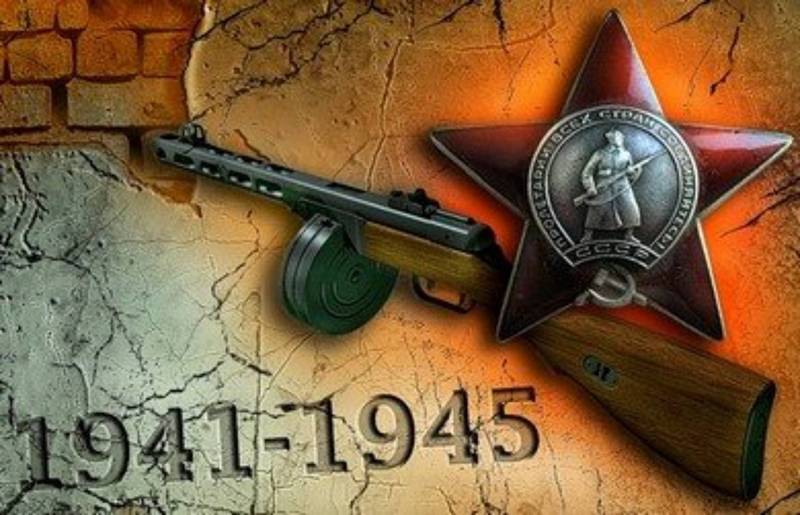 The practice of appointing, from among the lower ranks in all European armies, soldiers serving as officers was generally accepted. In the mass literature of the beginning of the 20 century, this character was depicted satirically. Suffice it to recall the famous "The Adventures of the Good Soldier Schweik." The orderly or orderly had to carry out the officer’s simple household assignments, carry notes and letters, buy provisions, and generally take care of the life of his commander.

In the tsarist army, such ranks gradually turned into a kind of parasitic layer, into a caste of people far from combat work. Batman was reputed to be the main speculators and gossips. The fame of them spread not the best.

The personal officer's assistant manager was canceled after the revolution. And in the Red Army, the tradition of having officers serving as commanders was not encouraged, although in fact the orderlies remained. For example, the famous orderly Petka under the divisional division Chapaev.

In the thirties, the position of an orderly was considered simply humiliating and not deserving of respect. It seemed that everyone was equal in Soviet society; there were no servants and no masters.
But by the end of the 1930s, generals appeared in the Red Army, the military aristocracy, which is in the order of the old Russian army. By 1943, the stripes and golden epaulets returned to military use. Together with the similar attributes of the officer rank, the orderlies also returned to the daily routine.

In the Red Army, the rank of an orderly was officially legalized during the years of the Great Patriotic War in the active forces at the front. The orderly consisted of commanders from XXNX to XXNX. They were supposed to be with persons belonging to the commanding staff of the Red Army. Even platoon commanders had such assistants. Comrade Stalin himself took care of the introduction of the post of an orderly as supreme commander. He stressed that orderlies are given to officers in order to improve the quality of command of personnel.
So in the middle of 1945, the high command of the army in the USSR even issued a special order, which regulated all the activities of orderlies and commanding officers, in whom they were subordinate.

In particular, the order stated the following:

№ 317.
Order on the introduction of full-time orderlies for generals and officers of the Red Army number 0154 27 August 1945

1. In order to discharge generals and officers from personal business affairs and to give them a greater opportunity to improve their general and military training, I order:
Introduce regular orderly to carry out personal chores for all generals and colonels * occupying positions in the formations,
* Words "and colonels”Added I. Stalin.
the headquarters and institutions of the Red Army, including for generals and colonels in reserve and in military schools.
Introduce full-time orderlies for officers holding established positions according to the attached list.

2. To appoint Red Army men who have completed the first year of study, who do not have a secondary education and mainly from among those who wish, as an orderly.
In the military units up to the regiment inclusive, the orderlies shall be listed in the lists of the relevant subdivisions; in the headquarters and offices of the brigade, division, corps - in the lists of brigade, division, corps.
Ordinartsev generals and colonels of the army, front, district and central office of the NPO in the list of parts of the relevant subordination.

3. Establish that the orderlies are subordinate to those persons to whom they are appointed. The latter, in relation to the orderlies, use the disciplinary authority in accordance with their official position *, and they must give the orderlies three days a month to undergo training in line units in whom the orderlies are assigned to.

4. Grant the right to receive money to generals, colonels, and other officers **, who are assigned to orderlies, but who wish to replace them with the content of a civilian employee.
In these cases, the maintenance of civilian servants to pay 300 (three hundred) rubles *** per month.

5. Directive on Ordiniers for number 994235 of 9 on April 1942 of the year shall be considered null and void.
People's Commissar of Defense of the USSR Generalissimo of the Soviet Union I. STALIN

B. Battalion, division - all types of troops and universities
1. Battalion Commander, Division.
2. Deputy battalion commander, division.
3. Assistant commander of the battalion division.
4. Chief of Staff (Adjutant Senior) of the battalion, division.
B. The regiment of all types of troops
1. Regiment commander
2. Deputy regiment commander
3. Assistant commander of the regiment.
4. The chief of staff of the regiment.
* The end of the 3 clause after the word “position” was added by I. Stalin.
** The words “to colonels and other officers” are inserted by I. Stalin.
*** The sum of “300 (three hundred) rubles” is affixed by I. Stalin instead of the proposed sum of 222 rubles.

D. Management of the division of all military branches
1. Division commander.
2. Deputy Division Commander.
3. Assistant to the commander of the division.
4. Chief of Staff of the Division.
5. Deputy Chief of Staff.
6. Head of Operations Department, Head of Operations Department.
7. The chief of operational intelligence.
8. Head of liaison office, head of liaison department, head of communication.
9. Division Engineer, Head of Engineering Service.
10. Senior Navigator Division.
11. Radar Engineer, Head of Radar Service.

Ptitsyn got into his orderlies by accident. In the August battles under a large bombing, Ptitsyn, along with several other soldiers who had departed from the front line, was detained at the location of the division command center. They insisted on giving all of them to the tribunal, but Serpilin, having learned about them by the evening when the general situation had improved, wanted to look at the fugitives himself - he had no habit of chopping off the shoulders.
Ptitsyn attracted his attention with a dull look and a thick, gray-haired, not shaved bristle. Because of this stubble, he seemed almost like an old man.
Serpilin asked what year he was. It turned out that 1895 is the same age.
Serpilin ordered all the rest to be sent back to the front line on the first occasion, and took Ptitsyn as his orderly, instead of the one killed the day before during the bombing.
“I will personally verify what kind of person you are,” he said to Ptitsin, “and once again, drape, personally, and shoot me.”
So Ptitsyn stayed with Serpilin in the orderlies. He didn’t try to grab any more, and his lack of persistence and absolute honesty - the quality in the orderly important - Serpilin liked.
Serpilin believed that this middle-aged and multi-family soldier, in a civilian profession to the accountant, was ordered by God himself to be an orderly. Yet the family has seven souls, and being killed in the orderlies is less likely than in a company.
As for courage, Ptitsyn was not braver and not more cowardly than others, a man as a man. Fear of death outwardly expressed in him only in one thing: under fire, Ptitsyn tried to keep himself very close to Serpilin, believing in his heart that he would not kill the general.
And now he began to step on Serpilin’s heels and made him laugh at this ...

Ctrl Enter
Noticed oshЫbku Highlight text and press. Ctrl + Enter
We are
Myths of the Great Patriotic. Papier mache helmetInsignia ranks of the Russian Army. XVIII-XX century. Epaulettes
53 comments
Information
Dear reader, to leave comments on the publication, you must to register.