Kurds say they shot down a Turkish helicopter in Afrin

January 27 2018
53
"Syrian Democratic Forces" (SDF), which are based on Kurdish troops, shot down a Turkish helicopter in Syrian Afrin, reports RIA News message to the sdf representative.

In the vicinity of the villages Kavre Kyar and Batmane shot down a Turkish helicopter
- He said by phone. 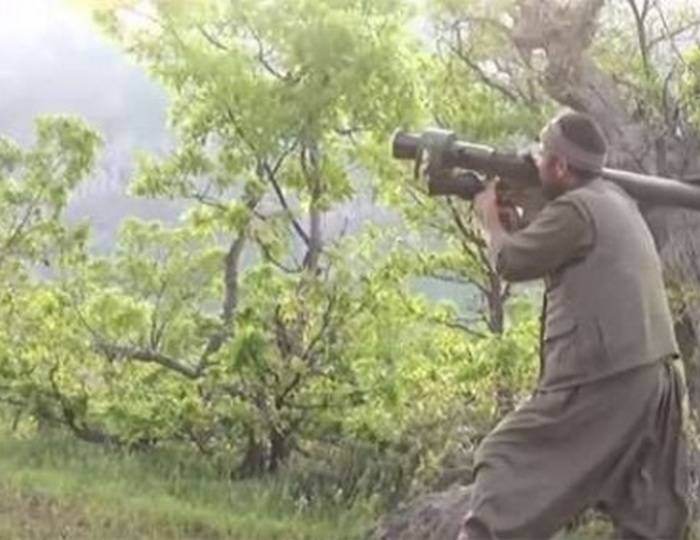 At the same time, the Turkish military has announced the elimination of the 394 fighters of the Kurdish formations and the Islamic State * in Afrin 340 Afrin from the start of the operation "Olive Branch", as well as the destruction of air forces XNUMX.

Military operations continue as planned, added to the General Staff.

Turkey, with 20 in January, conducts the Olive Branch operation in the canton of Afrin in the north of Syria against the Kurdish forces. The militants of the opposition "Syrian Free Army" joined it.

Damascus strongly condemned the Turkish invasion, accusing Ankara of encroaching on the sovereignty of Syria. Moscow called on all parties to show restraint and respect for the country's territorial integrity.

Ctrl Enter
Noticed oshЫbku Highlight text and press. Ctrl + Enter
We are
Bonuses from the possible failure of the "Olive Branch": the United States is looking for tools to deploy contingent in the west of Aleppo“Idlib Gadyushnik” and Afrin as a cruel lesson for Moscow and Damascus. Defense secrets of YPG and Erdogan’s vile plan
53 comments
Information
Dear reader, to leave comments on the publication, you must to register.