Poroshenko was lying in an interview with Bloomberg

January 27 2018
79
In an interview with the American agency Bloomberg, President of Ukraine Petro Poroshenko managed to lie three times within 20 seconds, says Ukrainian economist Viktor Skarshevsky. This happened when Poroshenko spoke about his meeting with the head of the International Monetary Fund (IMF) Christine Lagarde, held in Davos, Switzerland 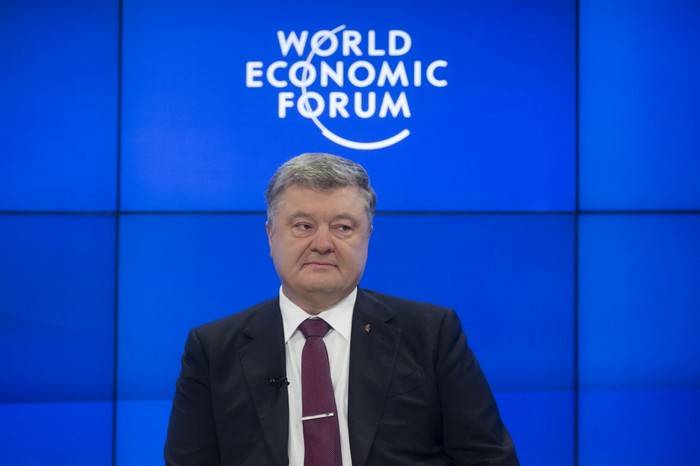 According to him, the full implementation of all obligations will take only a few weeks, and "definitely in the first half of 2018, probably until April," the Fund’s mission in Ukraine is waiting, and then the next tranche. True, talking about this, Poroshenko showed crossed fingers to the camera.

According to Viktor Skarshevsky, Poroshenko’s statement contains “three lies”. First, in stories Ukraine’s cooperation with the IMF, the country received several times from four (in 1997-1998) to nine (in 1996-1997) credit tranches from the Fund in a row under the Stand-By program, and under the EFF program similar to the current Ukraine in 1998-2002 Years received eight tranches in a row.

Secondly, according to the current EFF program, Ukraine never "fully" fulfilled its obligations.

In the last IMF memorandum of March 2017, it is written in black and white (by the way, there is the president’s signature) that Ukraine has fulfilled 3 from 11 structural beacons, and then not completely, and not at the right time. That is, less than 30 percent, and not "completely
- specifies Skarshevsky.

And finally, thirdly, from the 19 structural lighthouses-obligations recorded in the last memorandum with the IMF, Ukraine fulfilled all 7 (again, not completely and at the wrong time), that is, 37 percent, which is much less than 80 declared by President Poroshenko -ti.

The question is, why and for what purpose does the president of an 40-million country speak a lie not only inside Ukraine, but also internationally, if it is obvious and easily verifiable?
- asks Skarshevsky.

The four-year IMF assistance program using the Extended Financing Facility (EFF) provides for the allocation of a billion dollars to 17,5 Ukraine. In March, the first tranche of five billion dollars was transferred to 2015 of the year; in August of the same year, the second tranche of 1,7 billion. In 2016 and 2017, Ukraine received one tranche of one billion dollars each, reminds RIA News.
Ctrl Enter
Noticed a mistake Highlight text and press. Ctrl + Enter
We are
Why the program of crediting of Ukraine is stalled by the International Monetary Fund?
79 comments
Information
Dear reader, to leave comments on the publication, you must to register.