Syrian "opposition" announced a boycott of Congress in Sochi

January 27 2018
57
Representatives of the so-called "moderate" Syrian opposition have stated that they are not going to take part in the Sochi Congress to find ways of a political settlement of the situation in Syria. It's about the National Dialogue Congress, which will be held in Sochi on January 29-30.


So-called “Higher Negotiating Committee” made a tweet of the following nature:
The negotiating committee of the opposition forces of Syria announces a boycott of the congress in Sochi, convened by Russia on January 29-30. 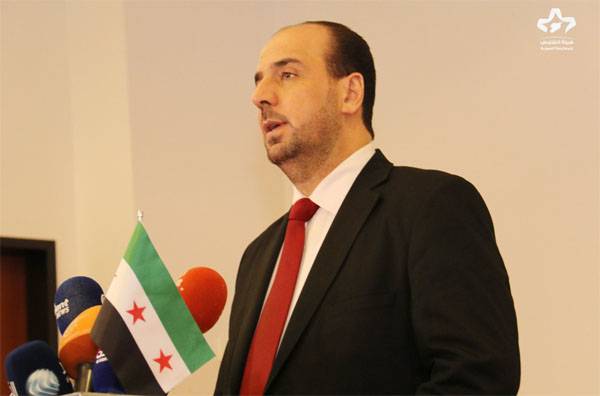 Earlier it was noted that the Sochi Congress "undermines the so-called Geneva settlement format. At the same time, it was not specified how it is possible to undermine something that actually does not exist.


For reference: From the Ministry of Foreign Affairs of the Russian Federation previously sent an invitation to more than 1,5 thousand. Representatives of various Syrian political and ethno-confessional groups. Representatives of international organizations, including the United Nations, also received invitations. Russia will be represented by a delegation led by the special representative of the head of state Alexander Lavrentiev. Also in Sochi there will be delegations of Turkey and Iran.