January 26 2018
236
The United States has expanded (as announced) the list of anti-Russian sanctions. RIA News reports that "because of the situation in Ukraine," the United States extends its sanctions even on the 21 citizen of the Russian Federation and, remarkably, of Ukraine itself. However, in this case, the "citizens of Ukraine" in the United States basically refers to representatives of the Donetsk and Luhansk people's republics.


Sanctions imposed by the United States, voiced by officials of the US Treasury Department.

In addition to 21, 9 companies (Surgutneftegaz, Technopromexport and others) are on the list of US sanctions. The sanctions against 12 companies are “clarified”.

With regard to which of the Russian citizens introduced sanctions measures?

We are talking, in particular, about the representatives of Russian business and government. This, for example, the head of one of the departments of the Ministry of Energy Evgeny Grabchak, Deputy Minister of Energy Andrei Cherezov.

US Treasury Secretary Stephen Mnuchin said that the agency "identifies those who undermine the Minsk Agreement." If so, then Mnuchin in the first place should impose sanctions on the President of Ukraine and the Verkhovna Rada, which promoted the bill on the actual destruction of the Minsk agreements as such. Speech on the law of the so-called "reintegration of Donbass." 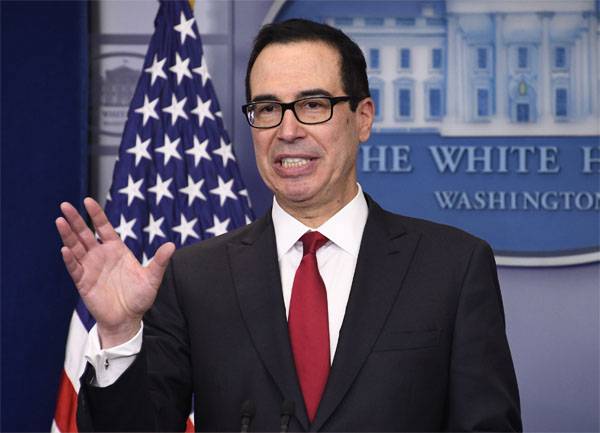 In the United States themselves, the introduction of a regular portion of sanctions was called by some experts not decisive measures, but an attempt to “appease the hawks.” Such statements make it clear that, in fact, new measures are unlikely to change anything radically - sanctions for the sake of sanctions.

Ctrl Enter
Noticed oshЫbku Highlight text and press. Ctrl + Enter
We are
Reports from the militia of New Russia for 27-28 September 2014 of the year
236 comments
Information
Dear reader, to leave comments on the publication, you must to register.