The Heckler & Koch 433 is a modular compact assault rifle in 5,56x45mm caliber. The new assault rifle "combines the best aspects of the G36 and HK416 rifles" and is positioned as a replacement for the G36, which the German Ministry of Defense refused to purchase in 2015. 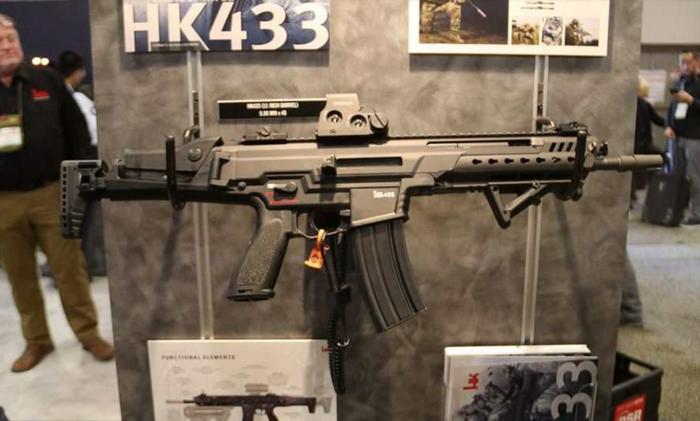 HK433 is available in six versions, which differ in barrel length. The developers indicate that the new rifle is compatible with the accessories and some elements of the G36, HK416 and AR-15 machine guns (on the basis of which the army M16 and M4 are created). In this case, the arrows, previously used all of the above models, will be able to fully work with HK433, since their key elements (the store eject button, the fuse and the translator of fire) are located at the same places.

The mass of HK433 ranges from 3,2 to 3,6 kg and depends on the length of the trunk. The length, depending on the length of the barrel and the position of the telescopic butt, can be from 58 to 106, see. HK30 is compatible with grenade launchers, including HK4179 and GLM / GLMA700, transmits "Warspot"

Ctrl Enter
Noticed oshЫbku Highlight text and press. Ctrl + Enter
We are
Small arms: new models and new contractsAIF rearmament program news (France): search for a replacement for FAMAS is coming to an end
35 comments
Information
Dear reader, to leave comments on the publication, you must to register.