January 26 2018
16
The Republic of Korea and the United States will conduct joint military maneuvers after the end of the Winter Olympic and Paralympic Games. This was announced in Seoul on Friday at a press briefing by the official representative of the Ministry of National Defense of South Korea, Choi Hyun Soo. 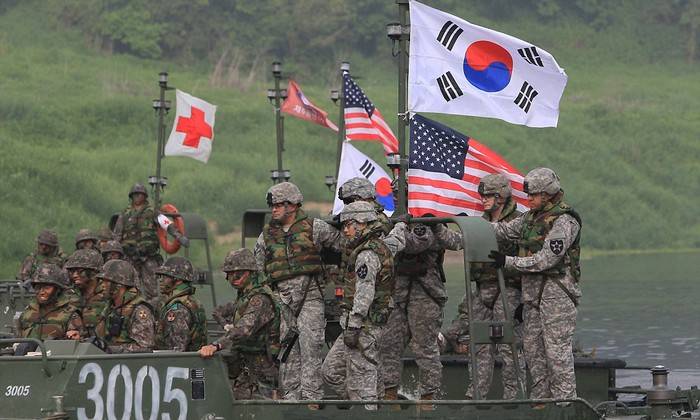 We will not name the exact date of the exercises and their scale, but I can say that they will pass after the end of the Games.
- stressed Choi Hyun Soo.

According to another representative of the Ministry of Defense, the maneuvers will not differ significantly from those that took place last year.

Earlier, Seoul and Washington announced the postponement of the annual Foal Eagle maneuvers with the participation of all branches of the military, as well as the Key Resolve command and staff exercises, to a later date. They usually take place in February-March, which coincides with the dates of the Olympic and Paralympic Games. The Olympiad will be held in South Korean Pyeongchang in 80 km from the DPRK border from 9 to 25 in February, and the Paralympics from 9 to 19 in March.

In recent years, Foal Eagle maneuvers have been taking part from 200 to 300 to thousands of military personnel, and American strategic weapons are being involved. Pyongyang considers the US-South Korean maneuvers to be a rehearsal for an Allied invasion of the DPRK and is taking countermeasures of a military nature, TASS reports