Impact UAVs US will be placed in Poland 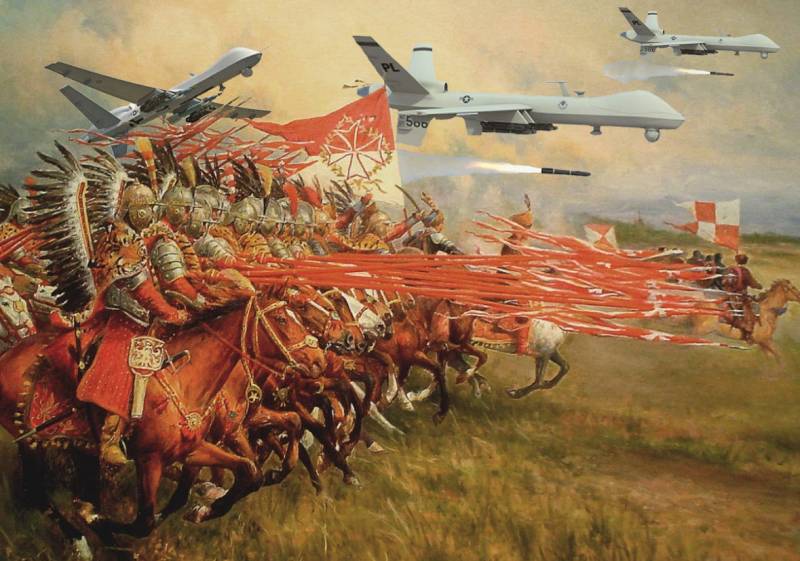 Warsaw and Washington are negotiating the deployment of a base of US unmanned aerial vehicles on the territory of the 12 base UAV Polish Air Force in Mirosławiec. This information was confirmed by the press secretary of the General Command of the Polish Army.

Military experts claim that the Pentagon plans to deploy the MQ-9 "Reaper" UAV. Despite the fact that the Ministry of National Defense of Poland does not comment on these data, it is known that the American side has already conducted a reconnaissance in Mirosławiec and in the spring of this year MALE (medium-altitude, long-duration drone) drums may appear here. Meanwhile, the Polish Army has no drones of this class, but by the end of the 2018 of the year, as part of the technical modernization of the Polish Armed Forces, it is planned to sign an agreement to purchase them.

Today the Polish Army has various UAVs. The largest of these are ScanEagle short-range tactical vehicles, which were donated by the US government during the ISAF mission in Afghanistan. In addition, the Polish divisions are armed with Israeli-made Orbiter reconnaissance vehicles and FlyEye unmanned systems developed by the private group of companies Gruba WB, working for the defense sector.

If we consider US units deployed in Poland within the framework of “enhancing the advanced presence,” namely, a combat armored brigade group, then it should be noted that tactical formations deployed in the region have Raven-class mini drones or tactical unmanned systems "Shadow 200".

It should be noted that the MQ-9 “Reaper” multipurpose UAV, which may soon appear in the territory of neighboring Poland, are capable of carrying the GBU-12 Paveway II, GBU-38 JDAM bombs, Hellfire air-to-surface missiles (fits 4 missiles) and deliver strikes ground targets with great efficiency. Also “Reaper” can be used as a scout.

Until now, heavy unmanned systems have been used in Central and Eastern Europe only in a few cases. For example, in 2015, the American MQ-1 “Predator” (they will be replaced by “Reaper”) was used in Lithuania. In 2016, the Israeli Hermes 900 (MALE class) and Hermes 450 (medium-range tactical) systems provided security for the NATO Summit in Warsaw and World Youth Days in Krakow. It is known that quite recently over the Central and Eastern Europe, including over the territory of Ukraine, the Global Hawk RQ-4 UAV performed a reconnaissance flight.

Reaper UAVs are actively used in various combat operations in the Middle East, Afghanistan and Africa.

In fact, at present, in Poland, apart from the national armed forces, a multinational combat battalion group of NATO, weapons and military equipment depots, a combat armored brigade group of the United States, and an army brigade are located aviation The United States, an F-16 fighter squadron and a link of the US Air Force C-130 military transport aircraft, NATO's airborne early warning and control aircraft is on duty in the country's airspace.

This is a powerful strike potential on the eastern flank of NATO directly at the borders of Belarus, which will increase significantly with the arrival of multi-purpose UAVs here. But that's why such a strengthening of the American military presence in Poland is not entirely clear. Poles have no direct threat from their neighbors - Russians in the Kaliningrad region have too few troops to be of any strategic interest, and Belarus reduces its armed forces every year and, if it continues like this until 2020, they will become four times less polish. And then there's the American troops. In this case, the official Minsk should reconsider plans to optimize its own Armed Forces, otherwise it will be too late.

Ctrl Enter
Noticed oshЫbku Highlight text and press. Ctrl + Enter
We are
A great interview with Sergey Lavrov: about Ukraine, Obama and IranWhat you didn't want to know about England
19 comments
Information
Dear reader, to leave comments on the publication, you must to register.