The Kremlin is afraid of Grudinina? It turns out that yes!

January 26 2018
781
An interesting overall situation. It creates the overall impression that in the Kremlin they were seriously alarmed. VCIOM polls are, of course, great, but here are a bunch of independent polls, including those from well-known bloggers, where Grudinin doesn’t have 8-10%, but much more, obviously, made many people think. 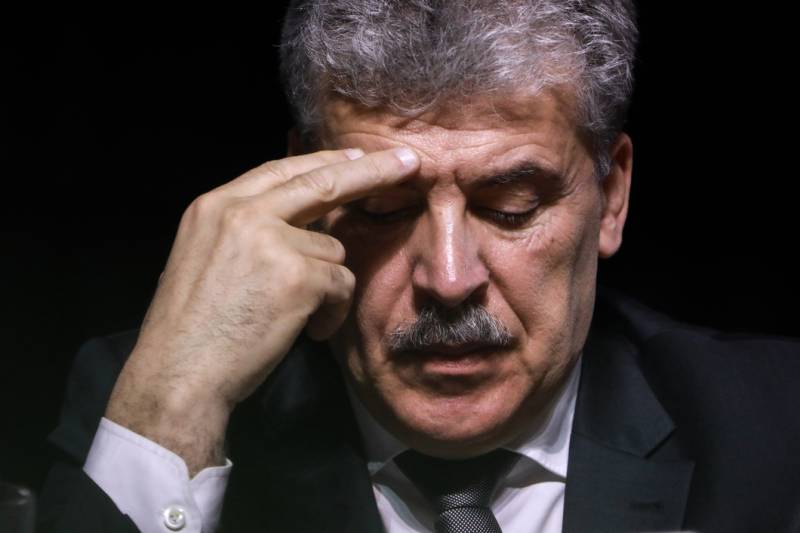 So what? Someone in the headquarters of Putin thought? Come on ... Everything is still on the thumb. The main thing - there is an administrative resource, and the possibility of its use.

I conclude: the command "to spread rot on all fronts" was given.

A start was made in Novosibirsk. Zyuganov made a statement in which he called the incident administrative arbitrariness. But the CEC of the Russian Federation has a different opinion.

CEC secretary Maya Grishina: “According to the information we have, the material was released by a fairly significant circulation (it says“ 400 thousand copies ”) without payment from the election fund and containing signs of election campaigning.”

So what is wrong with the bulletin? If you believe Grishina, the article of the bulletin contains information with a clear predominance of information about the candidate Grudinin in combination with positive comments, and the published program “Pavel Grudinin’s 20 Steps” is “perceived as an election program.

Well, come. And what should there be? The party (underline) informs about its candidate and its program. Not a word about campaigning, it was about the fact that for those interested, the Communist Party of the Russian Federation explained the information about the candidate and his program.

Well, why it was necessary to call names and scold Grudinina, is also not entirely clear.

Naturally, from the arrest of the circulation the whole show was arranged. You can not just come to the printing house, does not. It is necessary to attract as many people as possible who want to demonstrate their loyalty ...

As a blueprint, a similar “operation” took place in Buryatia. That only once again confirms what has been said about the team "Fas!"

Let's go further. Next we will have our media. The list is great, and, by the way, you can immediately tell who is independent and who is not.

Beautifully rushed, I will not say anything. Luxuriously. Amicably And most importantly, with fiction and twinkle. Grudinin was even credited with what he said not a word.

Grudinin, it turns out, justifies the use of labor of migrants by the experience of the West, refuses to disclose information about his transactions, justifies businessmen who keep money offshore, and from renting land received more money than strawberries.

And this, I note, our seemingly cultural capital. St. Petersburg. Motherland ... Oh, here, perhaps, I will keep silent. Homeland of many honest and cultured people, so let's say.

Say, and what have Sobchak? Well, firstly, she was born in St. Petersburg, and secondly, oddly enough, she gets away with a lot.

Yuri Sidorov, a staff member of her staff, publishes an open appeal on Facebook, stating: the collection of signatures in support of Sobchak in Chuvashia was carried out with the help of the head of the republic Ignatiev.

And nothing, everyone is happy with everything.

But here everything is clear. As well as the role of Sobchak, which plays into the hands of Putin on the wave of its “popularity” among normal people, is understandable.

Or always losing Vladimir Volfovich. There is no threat to the main candidate, but, you see, Grudinina will slightly take away the votes.

Not rivals, but assistants can be much more than opponents. Because questions to Sobchak and Zhirinovsky does not arise. Everything is clear and so.

And Grudinin presents a certain threat. It is clear that not in this election. But the emergence of a candidate who has a vision of the alternative development of Russia, and, most importantly, the ability to work, is a threat.

The candidate of such a political cocktail as the left and the patriots, and, moreover, voicing what many residents of Russia are thinking about, is serious.

And this is not populism. A fair court, which will be on the side of the law, a citizen and society - we do not need it? Decent salary? Even if not free, but secondary and higher education in general, and not fiction in the form of slurred paper-diploma? Free medical care? The real thing again, not a fiction, after which you are welcome to private clinics where the same doctors work?

That is, Grudinin voiced the return of everything that was taken from us (and taken as a result) in the last 25 years.

Is this not a threat? Considering that all “made in the USSR” will not die out soon, this is a threat.

This is already an attempt on the sacred by the comrade of the pre-farm. In the living beats.

And most importantly, Grudinin gives the impression of a person who is able to bring all this terrible dream of a modern Democrat to life.

And this is dangerous for the Kremlin. Well, the fact that he is believed, and his popularity is growing.

And if so, then, from the point of view of power, the candidate Grudinina must be pressed. Let even for this it is necessary to use dirty tricks. Lie down, izovrat, reinterpret the meaning of words.

This is already the norm for our country. Lying and twisting is a normal tool of political struggle, and of the struggle in general.

The only good news is that the clumsy execution of actions against Grudinin and the frank twisting of his words play into his hands.

For voters who are not Zyuganov’s supporters, an understanding of the mechanism of “raids” on Grudinin may be sufficient reason to cast your vote for him.

But for representatives of the movement against the existing government, all actions against Grudinin are a beacon in the night. Here he is, another opposition leader whom the authorities fear and harm him.

And how can you not remember Navalny? Who claimed that the authorities were afraid of him, but did the authorities simply brush him off the game board? And then - please, gentlemen, the opposition, not just yours, but with real opposition from the administrative resource.

A little, but I think they will. Those who are smarter, who realized that Navalny’s political career is over.

There is, however, another opinion. What is all this ups. And that the appearance of Grudinin is a subtle game of AP, the goal of which is to turn the election from one actor's theater into a seemingly normal show with real opposition. Some attempt to turn Grudinina into an attractive candidate for those who were going to actually boycott the elections as useless and empty.

But for me personally, the second opinion is somewhat doubtful. Too all clumsy is done. Whether in a hurry, or panic ...

I prefer to consider everything that happens in this way. And, accordingly, Pavel Grudinina is regarded as a person who may be able to stop the stupidity and spiritual impoverishment of the country in favor of the cunning plans of our oligarchs.

In general, there is something to fear the Kremlin is.

Ctrl Enter
Noticed oshЫbku Highlight text and press. Ctrl + Enter
We are
Project "ZZ". "Communist" and "dreamer" against the "king"Putin finally became president
781 comment
Information
Dear reader, to leave comments on the publication, you must to register.