January 31 2018
78
I don’t know how my peers from 50-60s, but in my opinion, we were all paranoid then — we were afraid of the atomic war that the evil US imperialists were preparing for us. You open a newspaper - a caricature - an imperialist with a fat belly and a rocket under his arm. You go to the park - on the fence the same imperialist with a bomb, and on it the letters A or N. Turn on the TV - the program: “The behavior of the population in the case of weapons mass assault "and so on and so forth. Friends "on the quiet" warned: "Do not wash your head with rain water." Each “bastard”, as indeed today, was then inserted into the line by the Americans. No events in Novocherkassk were reported. It was reported about the descent of the missile carrier "George Washington" and other similar aggressive events. But some messages were especially scary, so terrible that ... one of them even got into the book of Lev Kassil “Be ready, Your Highness”! It is about how the Americans launched into space a huge number of metal needles, trying to prevent the USSR from exploring outer space. Well, and about how it all happened today will be our story.
V.Shpakovsky 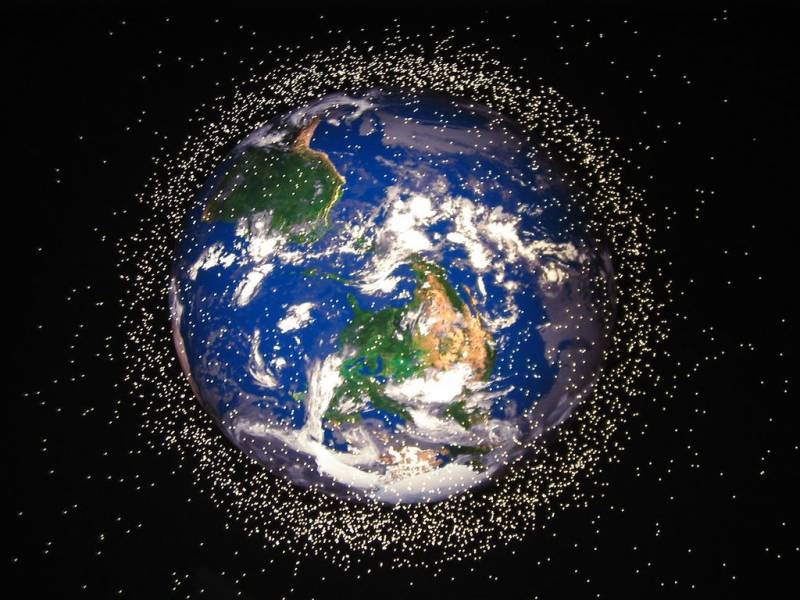 It will be necessary to begin with the fact that the relations of the USA and the Soviet Union in the distant sixties of the last century were very, very difficult. Then here you are the Caribbean crisis, which put the whole world on the brink of a nuclear catastrophe, then some other surprise. For example, once the "bad" Americans decided to intimidate the Union ... with copper needles. Yes, the usual tiny copper needles. "Chip" was in their number and location. No joke - 500 thousand. And all this shuffling mass was, according to the Yankees, to fill the whole near-earth orbit. But why?

The popular humorists Rudakov and Nechaev, who were popular at that time, even performed the following verse: “Pentagon wolves threw needles into the sky! After all, we can fly into needles and thread! ”. The viewers had fun. But as you know, in every joke there is some truth. But the truth was this ...

Leafing through the yellowed pages of Pravda ...

In the sixties of the last century there was not a single newspaper in the Soviet Union that would have overlooked one curious fact. For example, Pravda, citing US news agencies, said that on October 21 1961, the United States launched the Midas artificial satellite with a reservoir containing three hundred and fifty million tiny copper needles into space. The newspaper reported that "the needles were released into space with the help of a special device." In accordance with the spirit of the time, the publication emphasized that the entire advanced scientific society was extremely indignant at such actions of the United States and protesting against them.

It was assumed that, after reading the message, the entire population of the country of the Soviets should really be worried. Then it was the time of the endless arms race between the Soviet Union and America. By the way, both in the production of space technology and in the production of nuclear weapons, we were ahead of the “shtatovtsev”, not to mention the fact that space rockets carried a greater weight. A completely logical question arises: why did the United States suddenly need to disperse needles in the space orbit of the Earth? Coincidentally, the epochal 20th Congress of the Communist Party of the Soviet Union, which announced the course for building communism in the USSR, was then taking place in Moscow. Was it possible that a new weapon was conceived solely as a means of threatening the Union, or in opposition to the communist policy declared by the country? And did the capitalists really find a way to destroy the people not with banal atomic bombs, but with such small metal things straight from space? After all, three and a half million needles are, according to a pair of needles, per Soviet soul (or some other part of the body).

So back to the Tass statement. The telegraph agency then had a very serious weight in the political arena, and if the heading “TASS Statement” was placed on the first page of Pravda, it was really a very important statement. So, the statement said that the US Air Force launched a satellite into space with a huge number of copper needles on board. The needles were to be dispersed at an altitude of more than three thousand kilometers, in order to create an artificial ring around the Earth, which should reflect the signals of terrestrial radio stations. “In this regard, TASS is authorized to declare the following.” Next came an angry protest about the actions of the United States. TASS noted that in the heat of the arms race, America is going to use outer space for military purposes. Formerly, these were tests of nuclear weapons, and now experiments with millions of needles. For all this, the Pentagon does not take into account the danger of consequences for the entire population of the planet due to the total clogging of the near-earth orbit with this copper debris. 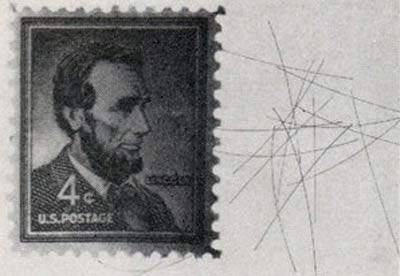 Scientists argue that the cosmic belt of needles will create serious obstacles for cosmic communication with ships entering the moon's orbit, for example, or some other planet in the solar system. In addition, these experiments are a serious obstacle to the research of astronomers, for whose scientific research radio telescopes are necessary.

TASS and the entire Soviet people expressed their deep indignation at the actions of the United States and demanded that the withdrawal of satellites with needles into space orbit be stopped.

It is probably worth starting with the fact that there were several needles for satellites with containers, and there was still information that there were actually more needles. All needles in length were equal to 1,78 cm, diameter was equal to 18 microns. The finely chopped copper wire didn’t really correlate with the scientific instrument, however, they became a serious attempt by the radio physicists at NASA to ensure uninterrupted communication at very considerable distances. And, of course, the Yankees didn’t prick anyone with needles from space. Elementary “fathers” of the project, which was given the name “Westford”, were planning to build a kind of needle “ring” in Earth orbit, so that it would serve the Pentagon as a space radio communications system. And the arguments were as follows. If the ionosphere has flaws that prevent it from establishing stable radio communications, then ... why not make a “non-natural” object that does not have natural flaws. In fact, there is a “mirror” that will reflect radio waves, and which should not be an absolutely opaque screen at all. After all, it has long been known that the most huge radio antennas construct mesh, otherwise they would be very heavy. Needles thrown into orbit, according to the idea of ​​the authors of "Westford", having scattered, were to create a gigantic network there. It would have to mirror the radio signals and return them to the ground, moreover, hundreds and hundreds of kilometers from the initial launch point.

The experimenters decided to test in practice the action of their "offspring". Two 18,5-meter antennas were taken to organize a communication session between California and Massachusetts. All together noted that, "the voice could be heard." Unfortunately, the needles were increasingly scattered in space, the density of the “not natural” ionosphere was rapidly decreasing. The “copper” cloud was constantly transformed, and soon the quality of communication, however, like herself, disappeared. Needles, as reflectors, became irrelevant, however, like space debris, remained in orbit, creating interference for satellites and simply polluting near-earth space.

Trash or not trash?

Needles, the brainchild of Pentagon military thought, remained a stumbling block for those who actively fought with the clogging of space. On the first (and unsuccessful) launch day of the satellite with needles on board, Pravda broke out in an angry article titled "The United States litter the cosmos." And it was understandable: after all, on a cosmic scale, any very tiny speck of dust, when confronted with a porthole of a spacecraft, is capable of piercing a hole of impressive size. Nevertheless, it is easy to understand that half a million needles is an impressive figure only for earthlings. The main part of the needles, even despite the initially huge distance of 3600 km (and this is 10 times higher than the orbit of our space station Mir), has already burned down in dense layers of the atmosphere. Therefore, today the number of needles hovering in orbit is only a few pieces over hundreds of meters. By the way, in the seventies it was quite seriously suggested to look for needles in the snows of the Arctic (with copper, were there any problems in the Union?). In time, scientists believed that for every square kilometer of the purest Arctic snow, there are only ... five needles. And thank God they decided that there is no point in searching. And how much garbage is left behind by modern shuttles - and do not count! Debris floats throughout space orbit, it is fitting to talk about the second ring, after the first real asteroid. Only this would be a pure garbage ring! For example, a communications satellite launched by China, having scattered in orbit, "presented" thirteen thousand fragments to outer space, most of which were metal parts, which are much more dangerous than any needles! And how many lost space hammers, keys and other space tools during the whole space age, during the repair in the open space!

It would be a fact, and we will be able to interpret it!

Another thing is important, namely, that the Americans, without knowing it, gave an excellent reason, or as they would say now, the “theme” of our writing fraternity. Popular in Soviet times, children's writer Leo Kassil immediately included a case of needles in his story “Be prepared, Your Highness!” After that, a child’s film was also shot, where one of the characters mentions these very damned needles of “Merihyang” , around which there was a whole scene with a dialogue of two characters. But time passed and what has changed? Nothing actually, but instead of needles there is always something else. The information war between the two superpowers continues, though - yes, today the paranoids have nevertheless diminished!

Ctrl Enter
Noticed oshЫbku Highlight text and press. Ctrl + Enter
We are
Chernobyl notebook. Part of 3Father told
78 comments
Information
Dear reader, to leave comments on the publication, you must to register.