Or when they interrupted the conversation.
I do not like being shot in the back,
But, if necessary, - shot at close range!

These lines belong to the person who, to the last atom of the soul, gave himself to the audience and listeners, laid out at the limit of his abilities. He lived as he sang, and sang as he lived. With anguish. He even had cars for a short time — a risk-taker, he drove at high speed and often smashed them. And for himself the short term was measured - only 42 of the year. 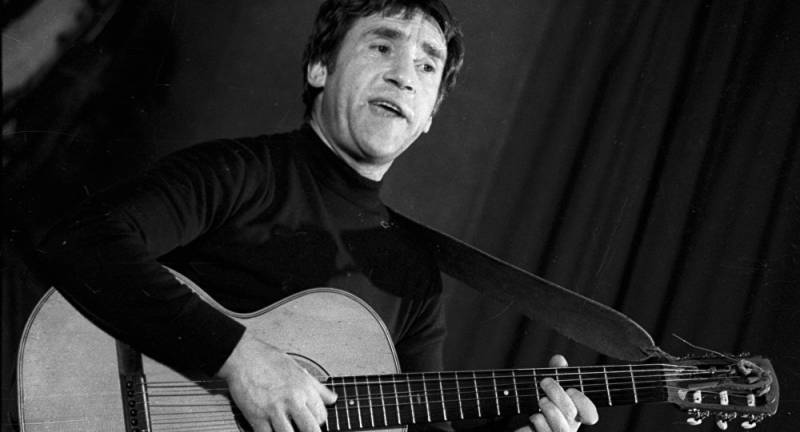 25 January 1938 was born in the center of Moscow an outstanding poet, singer, composer, actor Vladimir Semenovich Vysotsky. His childhood was in the difficult war and then post-war years. With the beginning of the war, little Volodya and his mother went to the evacuation in the Orenburg region. Then he lived in a communal apartment - in fairly harsh conditions. "Thirty-eight rooms - just one washroom", - he will write later in the song" The Ballad of Childhood. " No one knew then that in one of these cramped rooms a unique talent was growing. That this hooligan boy will create songs that the whole country will listen to and love.

Vysotsky's creative legacy is great - more than 600 songs, about 200 poems, images embodied on stage and in movies ... It is impossible to say who he was in the first place - a poet, a bard, an actor? By the way, he did not like to call himself a bard, but it was he who became one of the progenitors of the Soviet bard song. Both bards and pop artists still sing his songs to this day - but, according to many, they get “not that”. Still, people are accustomed to listening to these songs, performed in a unique, hoarse voice.

Vysotsky tried himself in different directions. This “thieves romance” of early youth, and humor, and political satire, and historical ballads, and love lyrics. Who just did not become the hero of his songs! And ordinary guys from the gateway, and scientists, and sailors, and pirates, and climbers, and women, and even planes and ships! But, perhaps, the main peak of his work is military songs.

Father and uncle of Vladimir Semenovich fought at the front. Of course, this greatly influenced his personality and his work. But not only that. "Book children lived who did not know the battle, languishing from their petty catastrophes", - he wrote in the" Ballad of wrestling. " And finished the song like this:

If the path cutting through his father's sword,
You are wound with salty tears,
If in a hot battle I experienced that, how much, -
So, you read the necessary books as a child!

From all this, the image of a real Man is made up - from the father's sword, salty tears and necessary books!

In his images, in his songs about the heroes of the Great Patriotic War, he got used to it so that the listeners even thought that he himself had fought. Here is one of the episodes: in Belarus there were shooting the film “I am from childhood”, where Vysotsky played the tank crew. As he later talked about these days, the scars for the film were made in this way: the skin was tightened and filled with collodion. Not only is the sensation unpleasant, the skin is also not immediately restored. Once he appeared with the traces of these cine scars in the dining room, and one grandmother sympathized with him: “My dear, how did the war cripple you!”

Apparently, he was asked many times about his participation in the war - so much so that in the song “I am writing to you” he was forced to answer such questions:

They ask: "Have you been captured?"
No, did not happen - did not fight a single day!
Thank you, my correspondents,
That you misunderstood me.

The film "Vertical" became an important milestone for Vysotsky. He had to train a lot with climbers to play his part with dignity. Once in the mountains of the Caucasus, not far from the place where they were engaged, a tragedy occurred. Five climbers of CSKA conquered the Peak of Free Spain. They wanted to climb there earlier than others, and found themselves in the wrong place at the wrong time - when the rockfall began. One of them died, four were injured. Two victims went for help, and two remained with the body of a friend. The group, which included Vysotsky, had to go to the rescue of the two who remained.

This episode greatly influenced Vladimir Semenovich, and he created one of his most famous songs: “This is not a plain for you”, which has become in fact the anthem of climbers. Since mountaineering, he has not considered sports since: you can’t organize competitions, who will reach the summit faster, you need to go to the mountains for another purpose ...

During the filming of the movie "Vertical" Vysotsky created a military song: "The sunset flickered, as the blade shine ...". It has these words:

And before the war, this slope
German guy took with you!
He fell down, but was saved,
And now, perhaps, he
His machine is preparing for battle.
...
You are here again, you are assembled all,
You are waiting for the cherished signal.
And the guy is, he's here too.
Among the shooters from "Edelweiss".
They must be reset from the pass!

It was true. In the hotel, he heard several stories about how before the war, young German climbers came to the Caucasus to train. Soviet instructors worked with them. When battles were fought in these places, the same Soviet climbers had to fight against the Fritz, among whom their former students came across.

Another famous song by Vysotsky about mountains and about the war was written for the joint Soviet-Yugoslav film “The Only Road” (in Yugoslavia it was called “Chained Drivers”). In the story, a column of fascist tanks stuck in the mountains of Yugoslavia - there was no fuel. The Nazis sent cars with fuel there, but the partisans organized sabotage against them. Then the Nazis chained captured Soviet soldiers to the fuel trucks so that the partisans could not shoot at Russian brothers. Vysotsky played the role of one of these prisoners chained in chains. And the song that he wrote for this film is called "The Shooting of the Mountain Echo."

The heroes of his best songs are people of incredible courage. People who give their lives without hesitation. People who are not abandoning friends.

His song “I don't love” describes him as such a person - despising cowardice and meanness. He did not like being shot in the back. But here’s the original line: “But if necessary - a shot at an emphasis!"- he, at the request of some of his pacifist friends, has changed. Softened. The second version of this line is better known: “I am also against point-blank shots.».

If Vladimir Semenovich was born earlier, if he had to fight, surely he would have “shot at close range”. No wonder people thought he was really fighting. But, though not in war, he still sacrificed himself, burned himself in the fire of service to Art.

A few days before his death, already feeling bad, Vysotsky played Hamlet. It was deeply symbolic. With his life and his death, he gave a special answer to the eternal question "To be or not to be." And this answer is Быть. It would seem that he is not on Earth right now. And yet he is with us. His songs are sung by the Donbass militia, and tourists on campaigns, and, sometimes, by young men in the courtyards. 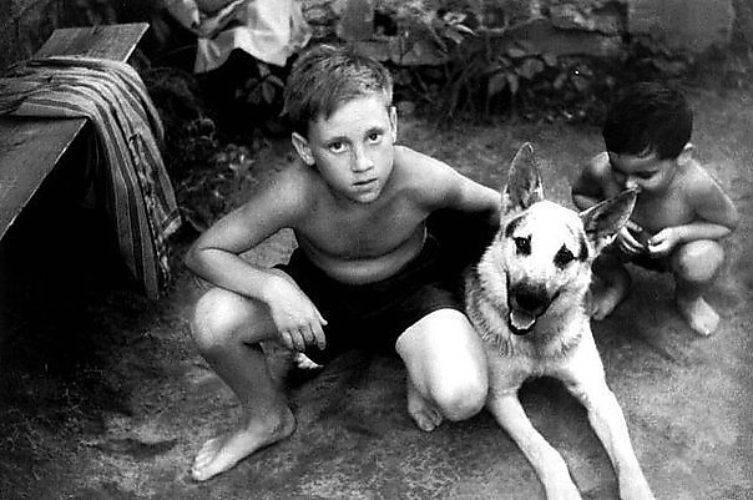 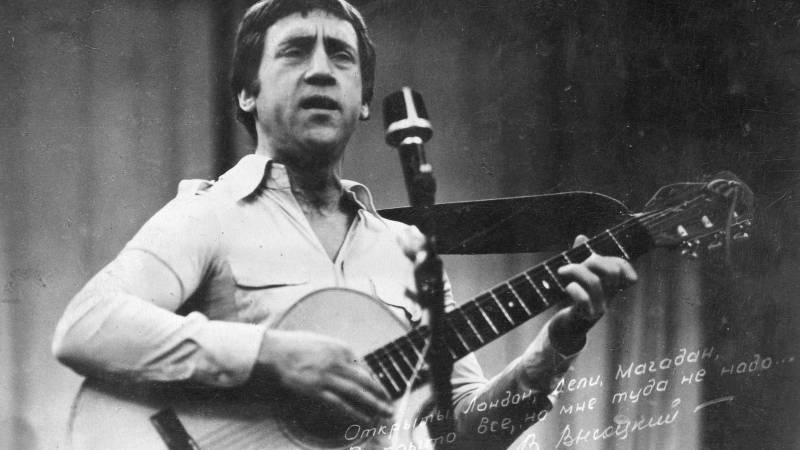 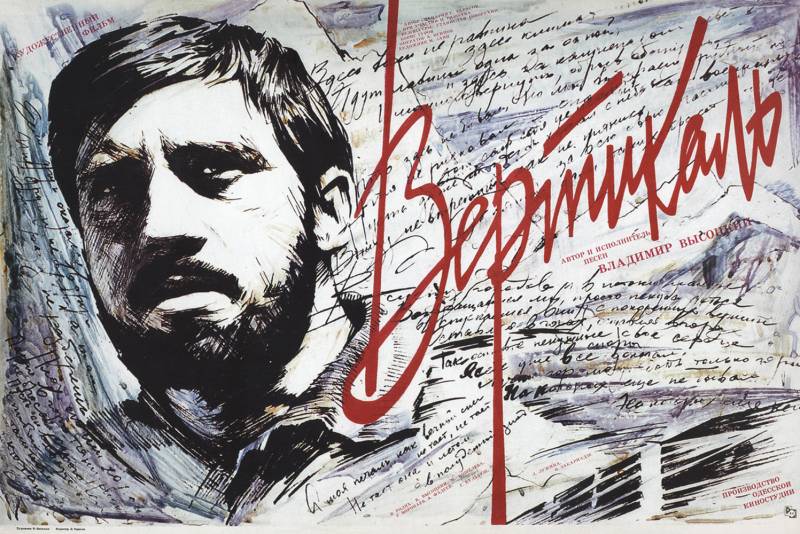 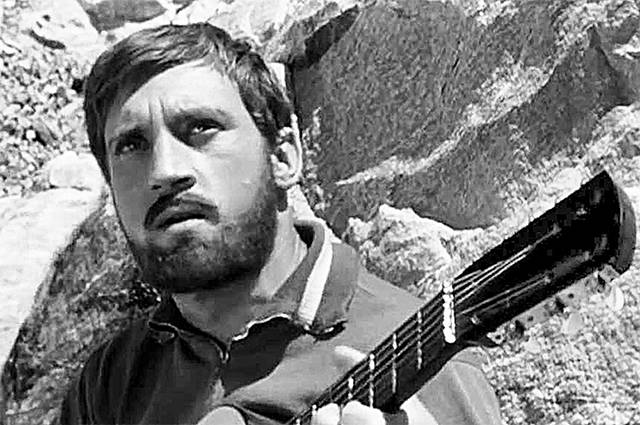 In the movie "Vertical" 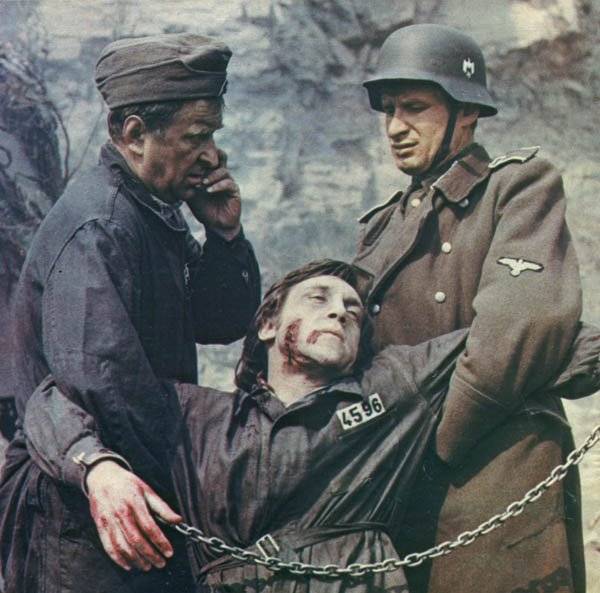 Ctrl Enter
Noticed oshЫbku Highlight text and press. Ctrl + Enter
We are
Portraits of the century. Vladimir Vysotsky. Until the last second folk100 anniversary of the birth of George M. Vitsin
43 comments
Information
Dear reader, to leave comments on the publication, you must to register.