January 25 2018
46
The Vietnamese army continues to operate Soviet SU-100 self-propelled artillery mounts, which were put into service as early as World War II.


Vietnam received these self-propelled guns in the mid-60s. Currently, the SU-100 continues to be used by coastal defense units fleet. 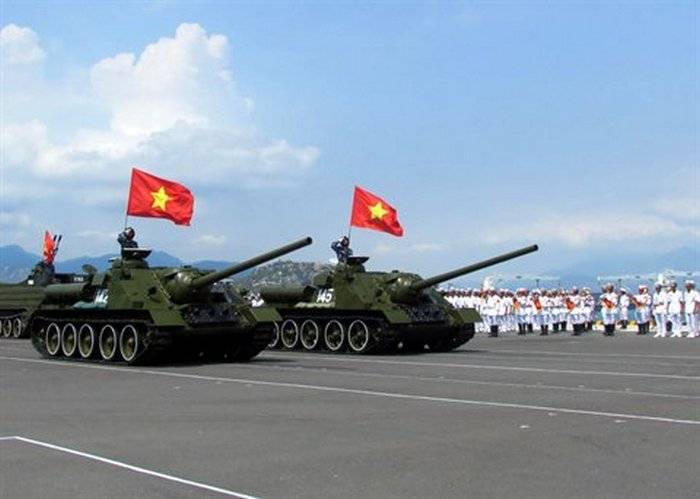 The Vietnamese cite the absence of a rotating tower as a major disadvantage. This, in their opinion, limits the ability to use the machine. They also note that, although the 100-mm gun is unable to hit modern tanks, it still easily destroys infantry fighting vehicles, armored personnel carriers and other mobile equipment, reports RG-Sil

Nevertheless, despite the apparent inconsistency with the modern requirements of this combat vehicle, this technique is in good condition and for many years will be able to protect Vietnamese territory from attacks from the sea.